We are definitely getting the new Vaesen – Nordic Horror Roleplaying game from Free League Publishing. We know this because the crowdfunding campaign for the game was just launched and it cleared its goal in much less than a half-hour.

In dark forests, beyond the mountains, by black lakes in hidden groves. At your doorstep. In the shadows, something stirs. Strange beings. Twisted creatures, lurking at the edge of vision. Watching. Waiting. Unseen by most, but not by you. You see them for what they really are.

Vaesen is a new roleplaying game based on Norse Mythology. The game mechanics will be familiar if you’ve played Mutant: Year Zero, as they use an adapted version of that engine. 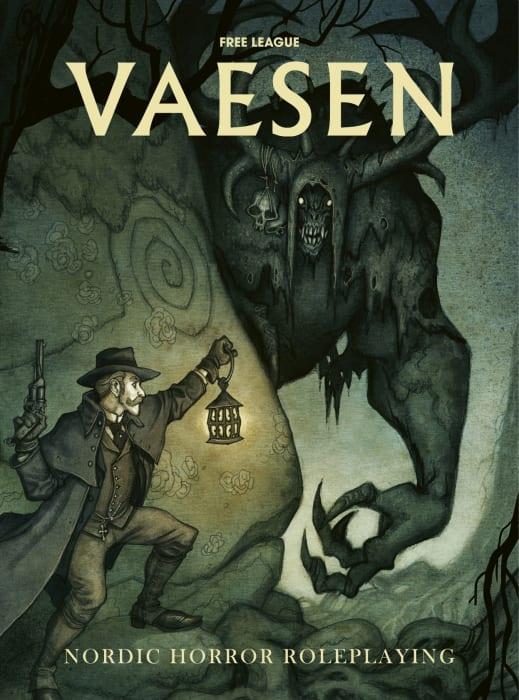 In nineteenth-century Europe, you and your friends are special individuals born in a rising community: you have what they refer to as “The Sight” — the ability to see supernatural enemies. This is kind of a boon for your community as it means the townspeople now stand a chance against the bloodthirsty Vaesen, assuming you can defend them.

You’ll journey across the countryside learning the secrets of the Vaesen and how to defeat them, but watch out, because they know what you’re up to, and your powers may not protect you from everything.

Support Vaesen by heading to the Kickstarter page through this link. A pledge of $26 gets you a PDF of the core rulebook. Pledge $37 and you’ll get the printed version, as well as a beta PDF of the in-progress game sometime in early 2020. (You’ll also get a PDF of the finished version whenever it’s done.)

The Kickstarter estimates Vaesen will be a finished, ready-to-ship product in May of 2020.

You Win: Wizards Of The Coast Will Leave The D&D OGL Alone