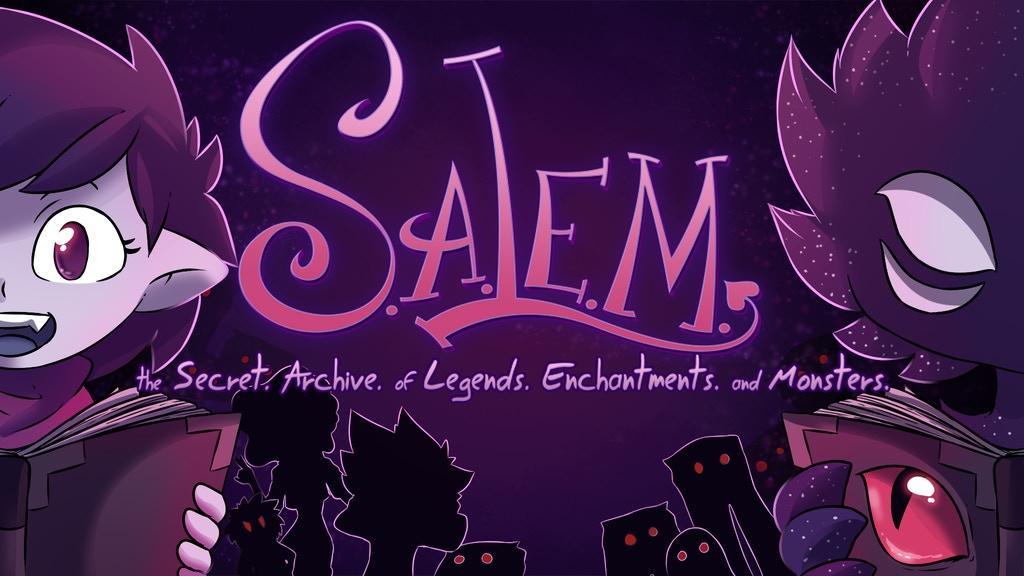 When Samantha Sawyer couldn’t get the support she desired to produce her idea for a cartoon series, she decided to make it herself. Now she’s crowdfunding the pilot for SALEM, and she’s almost at the goal — but to make it, she and her professional friends need your help.

SALEM stands for “Secret Archive Of Legends, Enchatments and Monsters,” but it’s also the name of the titular character, a pointy-eared nonbinary creature who isn’t sure of their origin. Salem lives in Hollow Watch with their legal guardian, the famous Boogeyman. Salem is a “Cryptid” — the scientific term for plants and animals not recognized or thought to be extinct.

Salem HAS to know where they came from, so they pack up an enchanted book full of knowledge about the enchanted world and set off. Along the way Salem gains new friends, including a wanna-be cryptid photographer named Oliver, and a psychic medium terrified of ghosts named Petra. It’s a lot to pack into eleven minutes, but that’s how long cartoon pilots are these days.

Larau Bailey will be voicing Salem, Rob Paulsen will star as both the Boogeyman and the Cryptorium tome, and Adam McArthur will play Oliver. Samantha is looking for $60,000 to produce her first episode, and where all that money is going is broken down on the Kickstarter page.

Pledge to the SALEM Kickstarter and you’ll get a digital download of the pilot at $15, wallpapers and a postcard at $25, and a keychain added to the mix at $35. The prizes add up as the tiers go higher — a plushie is possible at $150. There will not be a DVD, probably due to the extra expense for mastering and packaging.

But if Samantha can get SALEM off the ground it could become something special. The campaign has seven days left and is currently just below $50,000. Help them get the missing ten thou by heading here.