We thought we’d be waiting until Monday to learn this, but the truth is out now: Square Enix’s Final Fantasy VII Remake will be released March 3, 2020.

At first we assumed this was a leak, but turns out like the Kingdom Hearts 3 DLC reveal, this was put out by Square themselves during a Final Fantasy-themed concert. Game director Tetsuya Nomura took the stage and said the date, provided a brief new trailer and said more would be revealed tomorrow.

What we don’t know: if Square is still sticking to its “chapters” release format. Given that everything we’ve seen so far happens in Midgar during the first few hours of the original game, we’re guessing right now this is only Chapter One, but Square hasn’t confirmed it either way. We will get the answer very soon; their E3 conference happens tomorrow at 6 PM Pacific / 9 PM Eastern.

The weird thing about this trailer: even though all the text in the game is translated, the entire audio is Japanese. But we can turn on the Auto-Translate subtitles to see what they’re saying.

Wedge props himself against the wall and observes, “But the cancer is breed.” Cloud replies, “I live in Dumas.” Barret exclaims, “Bath rust!” Uh, perhaps we should wait for the official translation tomorrow.

UPDATE: An English version IS available:

And one more thing before we go…. 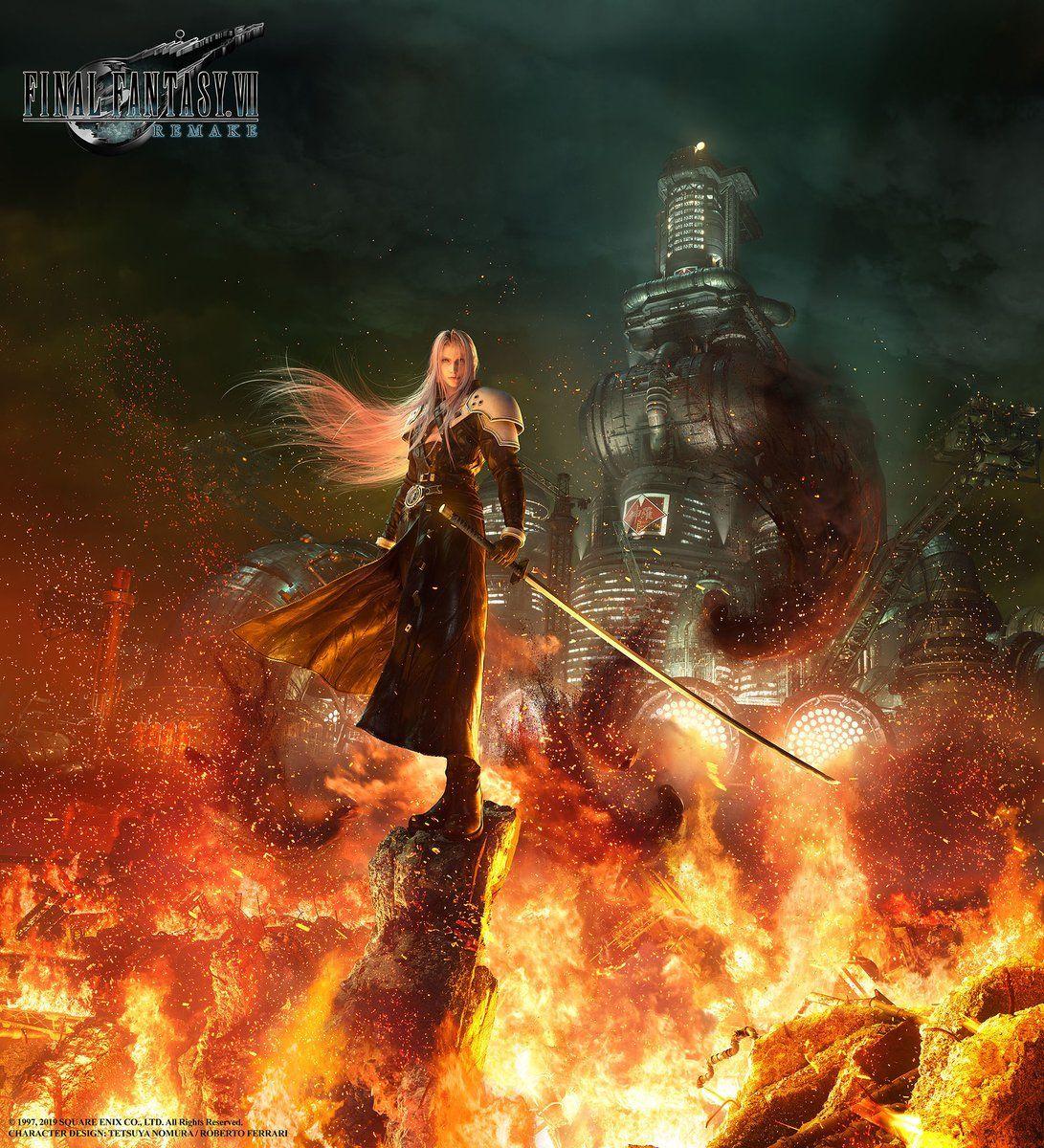