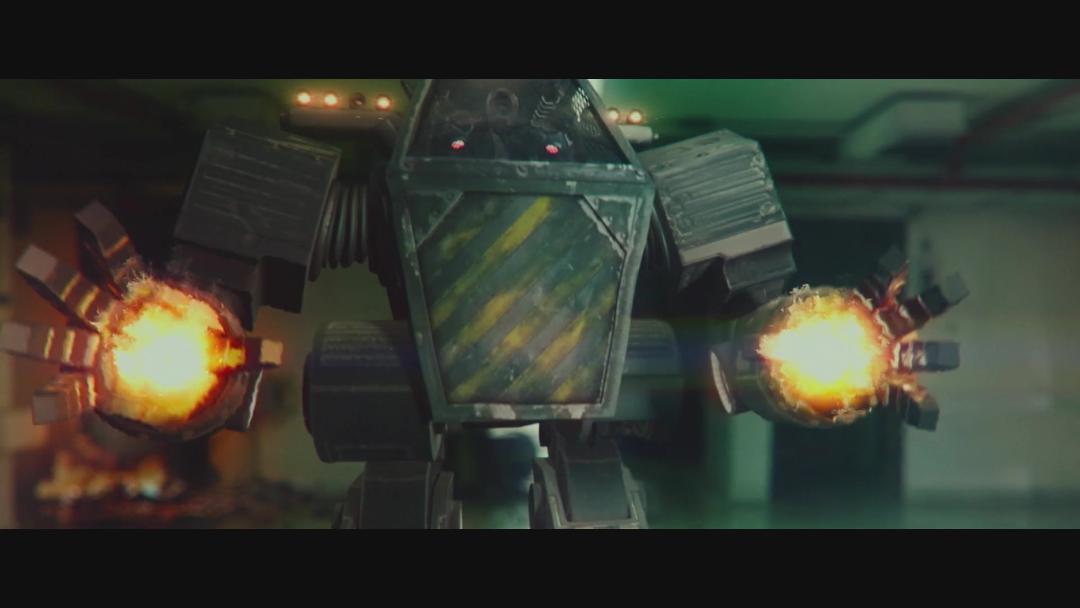 High Octane Pictures will be releasing Robot Awakening on digital and disc early next month.

Danny is down in the dumps. He’s got a miserable, thankless job at a tech company, and his girlfriend seems to have ghosted him. Wallowing in depression, he attempts suicide…but just when you think it’s a drama movie, it turns out to be a different one entirely. Turns out Danny can’t kill himself because he’s actually a robot.

His whole life turns upside-down from this point. Not only is he a robot, but an armed one. How much does the CEO of this company know about this? And what REALLY happened to Danny’s girlfriend? Grabbing the CEO and something described as an “Orthodox observant robot,” Danny is determined to get to the bottom of this mystery. He just may have to laser-blast a few dozen bad guys to do it.

Also, his girlfriend is pregnant. Any guesses how?

Robot Awakening was written and directed by Tai Goldberg & Gal Zelezniak, and stars…some people, because there is no cast list provided. Also some robots. It’s coming to DVD and VOD December 3, thanks to High Octane.

Danny is depressed for eight months because his girlfriend left him
without even leaving a note. In great despair he decides to slit his
wrists – only to discover that his arm is made of steel and that he can
shoot laser beams. he’s a robot, and if that isn’t enough, his
girlfriend was abducted by a mysterious organization. Accompanied by the
CEO of the computer company where he works and a Orthodox observant
robot, Danny embarks on a journey to rescue his pregnant girlfriend!

“Soundtrack for a Revolution” DVD Review