We’ve been covering Free League Publishing’s expanding library of tabletop games for a while now on Popgeeks. The company provided us a list of everything they currently sell in their new Holiday Gift Guide, with suggestions as to what kind of RPG enthusiast might appreciate each game the most.

Below lie official descriptions of the company’s games and artbooks, as well as trailers for each.

FOR THE ADVENTURERS: FORBIDDEN LANDS

ROGUES AND RAIDERS IN A CURSED WORLD

Are you a brave adventurer that wish to enter Forbidden Lands? Do you long for a magical journey into the unknown? The time has come to make your mark on a cursed world. Wander the wilderness, discover lost tombs, fight horrifying monsters and build your own stronghold to defend. Forbidden Lands is a brand-new take on classic fantasy roleplaying and will release worldwide the 6th of December. The tabletop RPG Forbidden Lands was named one of the most anticipated RPGs of 2018 by EN World.

FOR THE MYSTERY SOLVERS: TALES FROM THE LOOP

ROLEPLAYING IN THE ’80s THAT NEVER WAS

“RPG Tales from the Loop lets you channel Stranger Things and ET.” – The Verge

“Tales from the Loop could very well be the RPG phenomenon of 2017.” – Geek & Sundry

Step into the amazing world of the Loop and encounter the fantastic machines and strange beasts that have come to haunt the countryside. Escape your everyday problems and solve mysteries, you will become a part of something meaningful and magical – but also dangerous. The award-winning Tales from the Loop RPG is based on the work by acclaimed artist Simon Stålenhag. The retro futuristic art captures the spirit of Swedish 1980s suburbia and have spread like wildfire worldwide with a unique atmosphere that is both instantly recognizable and utterly alien. The art book Tales from the Loop will be a TV-series at Amazon Prime in a near future.

FOR THE SPACE TRAVELLERS: CORIOLIS – THE THIRD HORIZON

“The game’s authors describe it as ‘Arabian Nights in space’ and it fulfills that brief marvelously.” –RPGnet

Do you wish to crew a space ship and travel to the space station Coriolis set in a remote cluster of star systems? You will explore the ancient ruins of the Portal Builders, undertake missions for the powerful factions and partake in the game of political intrigue. Whatever your calling is, together you will make your own fate. In the end you might even discover the truth about the mysterious Emissaries and the threat of the Dark Between the Stars in the sci-fi adventure Coriolis – The Third Horizon.

FOR THE BRAVE HEROES: SYMBAROUM

A WONDEROUS WORLD OF DARK ADVENTURES

“Symbaroum excels in every single aspect of game design: the setting, the rules, the layout, the art.” –RPGnet

Explore vast forests in the hunt for treasures, lost wisdoms and fame. Visit the barbarian clans to trade or to plunder their treasuries. Establish a base of power among princes, guilds or rebellious refugees or survive encounters with trolls, dark-minded Blight Beasts and undead warlords. But whatever you do, never ignore the warnings spoken by the wardens of the forest: tread carefully and do not disturb the ruins of old, for the dark deep of Davokar is about to awaken in the dark fantasy game Symbaroum.

ROLEPLAYING AT THE END OF DAYS

Of course, the world ends. It was always just a question of time. When it’s all over, nature invades the ruined cities and winds sweep through empty streets. Yet life remains. In the Ark, you and the other survivors have found a haven. You are the spawn of humanity, but not human anymore. Your bodies and minds have incredible powers, but you are twisted, mutated freaks. And now the safe days are over. Food is running scarce, and the fight for what’s left is turning violent. It’s time to venture out and explore the Zone. You have no choice. This is the beginning. This is Mutant: Year Zero. 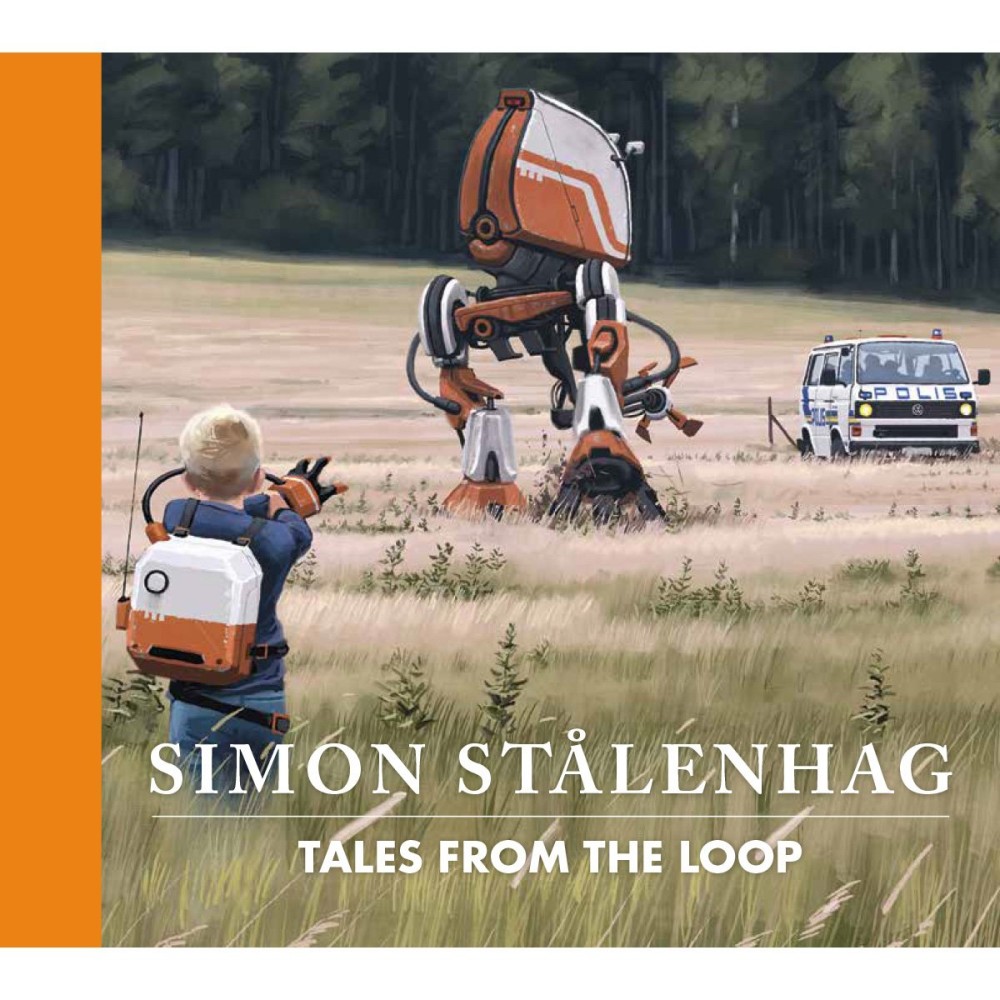 FOR THE 80’S FANATICS: TALES FROM THE LOOP – ART BOOK

“If you’ve got a geek in your family who needs a Christmas present, this should be it. They’ll love you forever.”– NPR BOOKS

“The hangover of an abandoned government science programme. Dinosaurs show up too in this quiet war of multiple worlds.” – The Guardian

In 1954, the Swedish government ordered the construction of the world’s largest particle accelerator. The facility was complete in 1969, located deep below the pastoral countryside of Mälaröarna. The local population called this marvel of technology The Loop. These are its strange tales.
Simon Stålenhag’s paintings of Swedish 1980s suburbia, populated by fantastic machines and strange beasts, have spread like wildfire on the Internet. Stålenhag’s portrayal of a childhood against a backdrop of old Volvo cars and coveralls, combined with strange and mystical machines, creates a unique atmosphere that is both instantly recognizable and utterly alien. In the artbook Tales from the Loop, Simon Stålenhag’s paintings are collected in book form—together with texts that tell the stories of the youth who lived in the shadows of the machines. 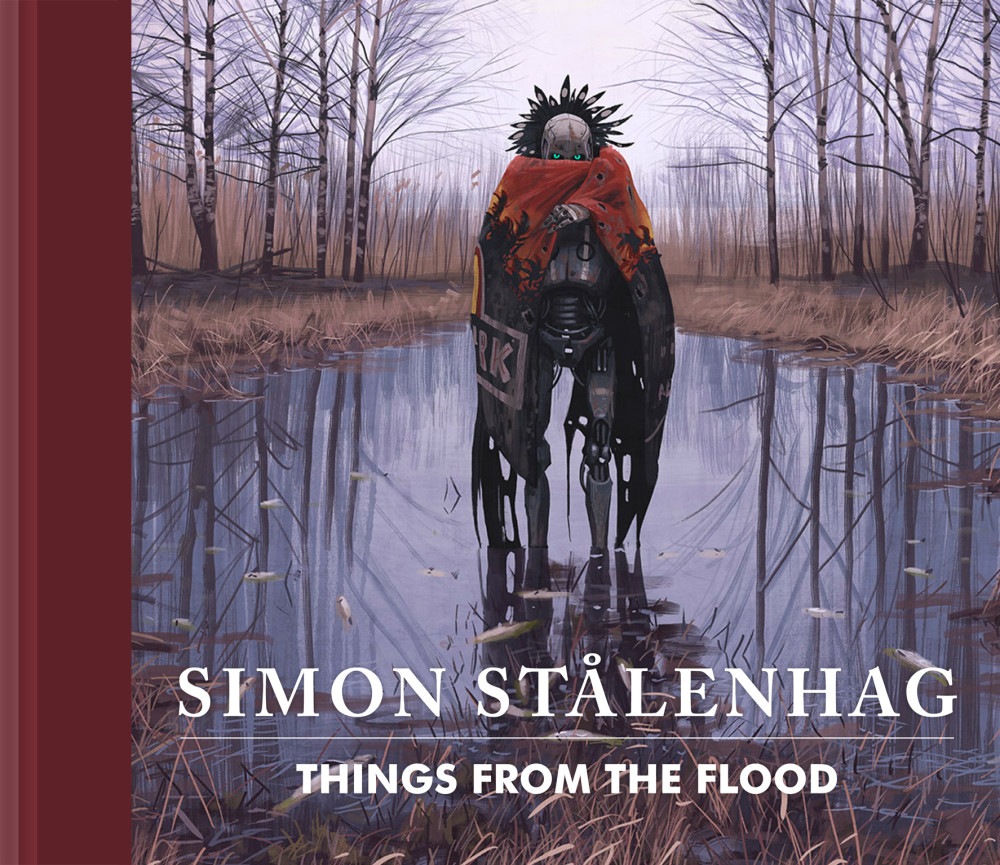 FOR THE 90’S FREAKS: THINGS FROM THE FLOOD – ART BOOK

The Loop is now closed. Your life is returning to normal when the pastoral countryside is suddenly flooded by dark water from the huge abandoned underground facility. Rumors are spreading in your classrooms and in the schoolyard, stories about the flood and how it has brought something with it. One thing is clear: the past is not ready to be forgotten. In Simon Stålenhags artbook Things from the Flood, the stories of Tales from the Loop continue, memories of a childhood infused with strange machines and weird creatures from other dimensions. In Things from the Flood, Stålenhag moves his focus the ’90s. These are tales of the trials of youth, of schoolyard hazings, of first kisses, of finding yourself – and robots.

Free League’s Alien RPG is one of their most successful products, and has received several additional campaigns since its release. The latest expansion, Colonial Marines Operations Manual, was announced last December for a March 2021 release. It hit a delay or two since that point, but it’s finally out now.

Tales From the Loop, Mutant Year Zero Launch On Foundry