That Time I Got Reincarnated As A Slime The Movie: Scarlet Bond Opens This January

Peter Paltridge anime, Crunchyroll, That Time I Got Reincarnated As A Slime The Movie: Scarlet Bond 8

Last summer, there was that time Crunchyroll obtained the rights to distribute That Time I Got Reincarnated As A Slime The Movie: Scarlet Bond in all countries outside Japan. Then there was that time we finally learned when everyone else will get it. Scarlet Bond was released in its home country November 25; everyone else will be getting it in January.

Minami Satoru was once a human in his thirties, until his life was prematurely cut short. He had the bad luck to hit “slime” on the reincarnation roulette wheel and is stuck as a blob — at least at first. Going by a new name, Rimuru Tempest, he eventually figures out how to evolve. He gains special abilities and uses them to start a new life. There have been two seasons of the anime series and the movie is set shortly after the end of Season 2.

A long-running conspiracy is swirling over a mysterious power known as “Queen” in Raja, a small country west of Tempest. When a slime who evolved into a Demon Lord named Rimuru Tempest crosses paths with Hiiro, a survivor of the Ogre race, an incredible adventure packed with new characters begins. The power of bonds will be put to the test!

That Time I Got Reincarnated As A Slime The Movie: Scarlet Bond will open in the US and Canada on January 18. The UK will get it two days earlier; Australia the day before. It won’t play in Mexico until January 26. It’s also planned for some territories in Europe that have yet to be announced. 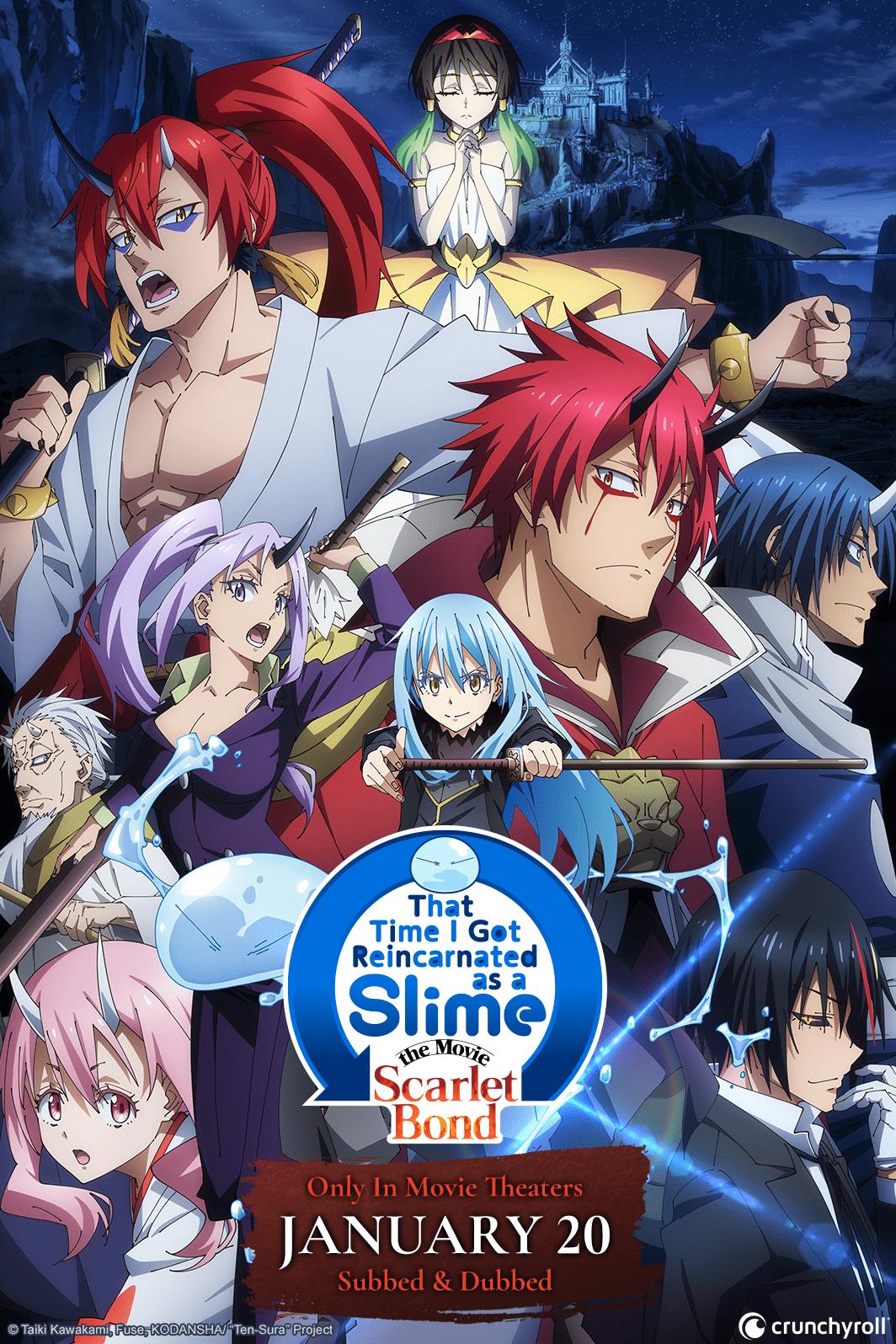 Kaguya-sama: Love Is War The Movie To Get US Valentine’s Release

I am still confused about how a sentient drop of water became the main character of a popular series. I know it's a slime but it looks like a water droplet to me.

I disliked this as much as I Love Japanese flicks because this is beyond reality and I won't like to try this genre anytime.

You wont be able to understand this movie if you never get to watch the series. All episode of the series are legally available on Youtube with the Youtube channel Anime Muse. It is also available in Netflix.

I believe that everyone would like to see more of Benimaru, what with the main battle and everything. I sincerely hope that he will be given a leading role in the film for this reason. He is my favorite character! He is my username and avatar for a reason!

I was very disappointed to learn that they won't be making a new season, but now that I know this, I'm very happy and excited. Though I struggle to put into words how I feel, I am incredibly happy. In every way, this film serves as the series' finale.

I was disappointed that this movie even exists because I had anticipated it to be a translation of Volume 7's final chapters and Volume 8's first few chapters. My enthusiasm has decreased since the end of the second season of this Isekai anime, which is one of my favorites. It would be greatly appreciated if new content were updated more frequently. The light novels might also need to be read again.

Light Novels adaptations are always incomplete.They have this 1 season curse. Fans of the show are luck that at least they have a movie to close all loose ends.