M3GAN 2 under development and an Unrated version coming

M3GAN 2 is currently under development  after the success of the movie as it managed to break even on it’s first  3 days. Producer Jason Blum Celebrated breaking even on the first day.

30 is a beautiful number

The Possibility of M3GAN 2 became attainable thanks to the film’s genius marketing. These M3GAN dancers are everywhere, from Subways to Premiere nights.

The Perfect Balance of Horror, Camp, self-awareness had made M3Gan a fun movie to sit through. For a Budget of $12 Million, the Sci-fi horror made $45,648,860 in the box office. I have a feeling it can make 100 Million on it’s first month. This movie was originally going to be R-18 but after her dance got viral, Blumhouse have no choice but to turn it PG-13. The plot of the film is similar to the failed 2019 reboot of Child’s Play but that one failed the box office. Don Mancini the creator of Chucky hates that 2019 reboot but he is a fan of Megan.

WELCOME TO THE DOLLHOUSE @meetM3GAN A tip of the hat to the new kid on the block! Can't wait to see you in action pic.twitter.com/eNdvecCvhU

This Tweet means the chances of a M3GAN vs. Chucky movie is a possibility in the future. James Wan and Jason Blum, the producers of the film are open to a crossover.  A crossover will not be a trop priority though. M3gan needs to establish a legacy before she can crossover with someone as iconic us Chucky. M3GAN 2 is now the top priority at this moment. It is feasible now that it succeeds in the box office for a low budget.

One of the criticisms against M3GAN is how watered down the violence is. It is understandable since PG-13 horror have higher chances of making money. People who want’s blood and guts can celebrate now since It’s Writer Akela Cooper teased an Unrated version for Streaming, DVD and Blu Ray. The ending of the movie had teased a sequel and we are going to get it. There are so many directions they can explore on the upcoming sequel.

M3GAN Is Back To Bring Joy Into Our Dreary Lives

Imagine an Army of Murderous M3gans doing their tiktok dances before they start the extinction of mankind.

I hope I wont wait for a decade for the sequel like I did with Orphan. M3gan killing a child abuser, a sex predator, and a racist in the next episode would cement her status as an anti-hero and bring her greater notoriety like the icon that she is.

I'm game for another one, though I am a little worried they are moving too fast on this.
Right now, people are really enjoying this movie, so if you let them have this movie to enjoy for a while and let the fanbase grow, then in 2024 came out and said "Movie two is going to happen," I think that would probably work better.

I want M3gan to have a different child to overprotect next movie. Cady and Gemma should be save for another movie.

The film would not have been the same without Allison Williams and Violet McGraw, which is why I hope they both return in the sequel. If they aren't, I'll still watch it, but it won't be as good. I want it to be like Terminator, where a horde of evil M3GANs seek to wipe out humanity and one good M3GAN fights to keep the human race alive. I will definitely watch this movie again if they release an unrated version. I want to see the violence and gore.

They should release a M3gan album, take advantage of that 15 minutes of fame. I love her cover of Titanium and Toy soldier.

M3GAN is Mother! A global gross of forty eight million dollars with a production budget of only twelve million? rating of 94% on the website Rotten Tomatoes, which compiles reviews from a variety of sources? Putting together a follow-up plan? The doll known as "M3gan" M3gan is currently the most terrifying and fierce horror icon that has ever been created. As I sat there and watched, the gay men in the theater started chanting "Fierce, slay, Yas Queen!" M3gan is held in extremely high esteem by these people. If there is going to be a sequel, you can count on me to participate in it, and I really hope that it will be a good one.

I love the M3GAn dancers who promotes the movie in viral campaigns. 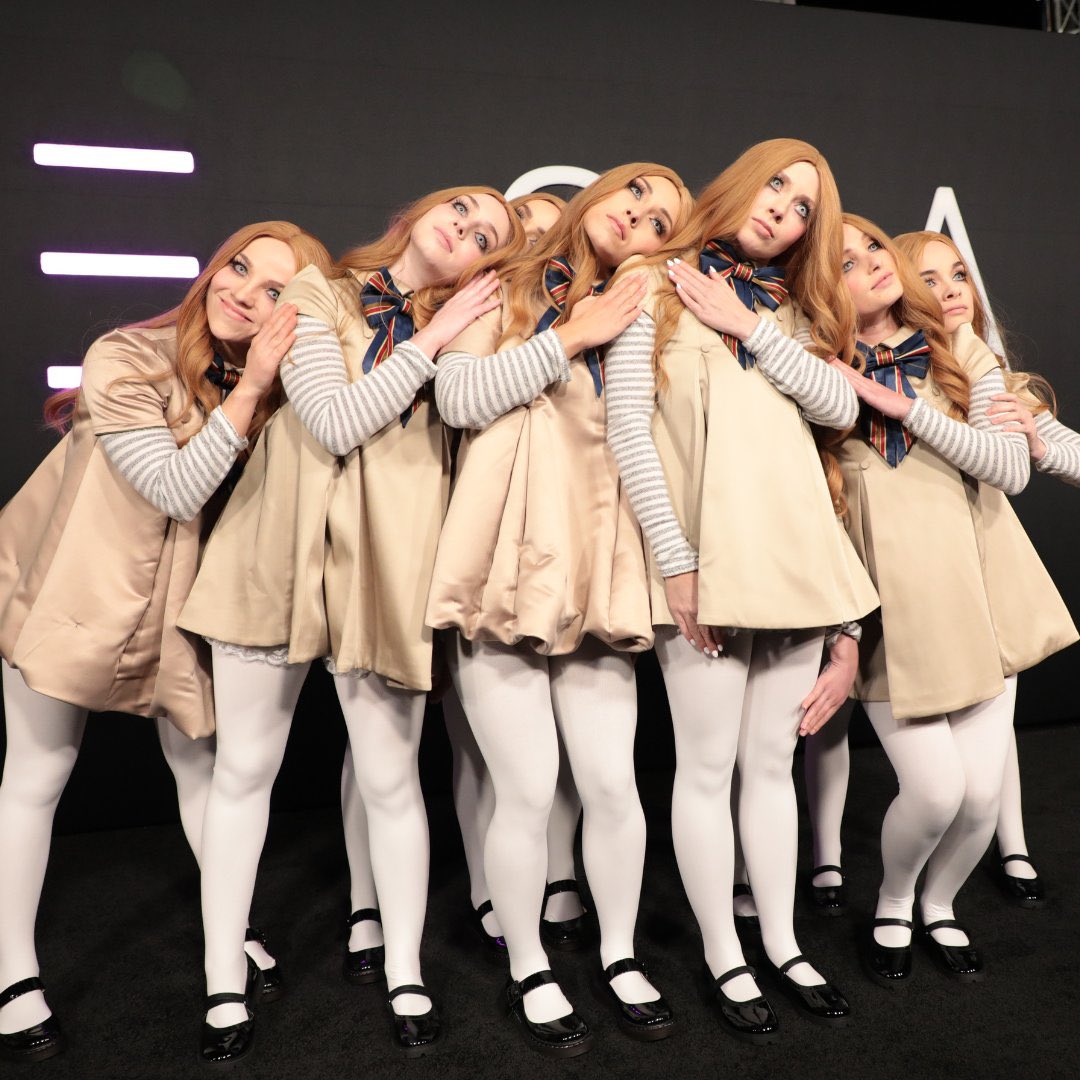 M3gan has already surpassed box office expectations, is receiving rave reviews, and a sequel is in the works.
Blumhouse has earned every bit of the current success it is experiencing.
Chucky intrigues me significantly less than M3gan. He is an overrated Mofo.

Please utilize Black M3gan who appeared for few seconds in the movie in the sequel. Black M3gan looks cool. 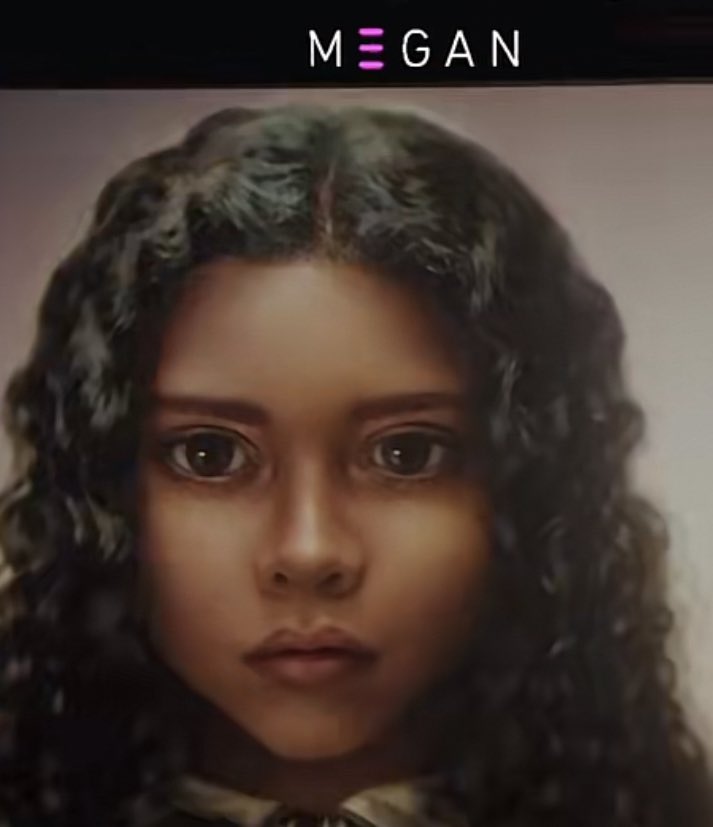 The film would not have been the same without Allison Williams and Violet McGraw, which is why I hope they both return in the sequel. If they aren't, I'll still watch it, but it won't be as good. I want it to be like Terminator, where a horde of evil M3GANs seek to wipe out humanity and one good M3GAN fights to keep the human race alive. I will definitely watch this movie again if they release an unrated version. I want to see the violence and gore.

Both Allison Williams and Violet McGraw did a wonderful job and if they are not returning for the sequel then I may not watch it because I cannot imagine anyone portraying 'Gemma' and 'Cady' as they did.

There is a possibility though that Gemma and Cady will be replaced by new characters, New characters don't know who M3gan is. Gemma and Cady can knows what M3gan can do and they will use Bruce again to destroy her. M3gan is likely to have a new target.