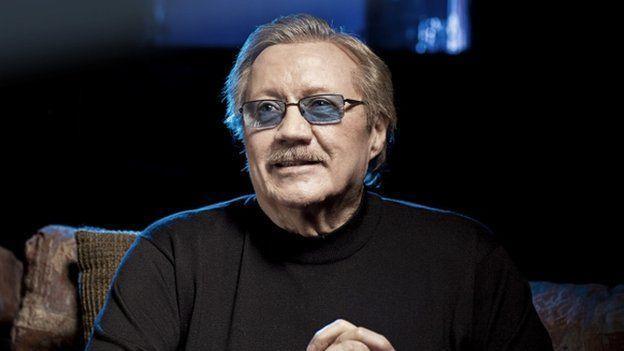 If you were an 80s kid like me, Glen A. Larson probably entertained you, even if you didn’t know it.

The producer, who died Friday of esophageal cancer at 77 in Los Angeles, was behind a string of hits and pop culture touchstones.

They included Battlestar Galactica, Knight Rider, Magnum P.I., Quincy, M.E., Buck Rogers in the 25th Century, The Fall Guy and, my redneck childhood favorites, B.J. and The Bear and The Misadventures of Sheriff Lobo.

He even helped write the catchy theme songs to some of his shows, so you might occasionally find yourself humming his work.

And yes, he had some huge flops as well. But when you’re so prolific, when you’re throwing everything at the wall to see what sticks, an Automan or Manimal or two is going to happen. Full disclosure, I like Manimal.

Larson’s legacy also extends out of the 80s. Perhaps his signature show, Battlestar Galactica, was Ronald Moore and David Eick for a hugely popular new run in 2004. Larson was brought on as a consulting producer for that series.

According to his New York Times obit, Larson had three Emmy nominations during his career, but no wins. That’s okay, though, an entertainer isn’t judged by how many awards he wins but by how much happiness he brings, and Larson certainly brought a lot of moments of happiness to many people.