There are officially over one million copies of Dragon Quest Builders 2 out there. In fact, there are over 1.1 million! Square boasted this number today and presented this lovely piece of in-game crafted fanart in appreciation: 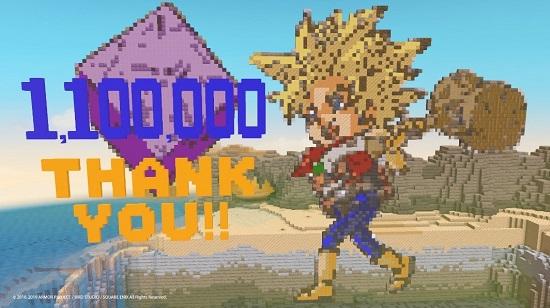 Today was also the day Square issued out the “Modernist Pack” DLC for the game. The new pack includes over 70 recipes that will let you create modern-looking structures, hairstyles and clothing. Ever wanted to build a condo in DQ Builders? Now you can.

Dragon Quest Builders 2 is the sequel to the hit 2016 original, and you’ll find the same building mechanics within it, but you’ll experience an all-new story with new characters and a different world. For the first time, Square has included an online multiplayer mode where up to four players can unite to build structures at record pace.