Open your mind, try and see the potential you have within, and defend this world from the dimensions around it. This at its core is the main plot of Doctor Strange, Marvel’s latest cinematic film. Of the many films made so far, Doctor Strange is one of the bigger risks Marvel has taken. Like Ant-Man and Guardians of the Galaxy before it, Strange isn’t a “mainstream” hero like many of the popular Avengers. Even in the comics or animated series, he’s not a big star. So, it was going to be interesting to see how Marvel tried to interpret him and his world/worlds to the big screen.

In short, they did an adequate job, but they lost themselves along the way in my opinion.

Let’s start at the beginning. Doctor Strange is about Doctor Stephen Strange, a brilliant and talented neurosurgeon who gets into a horrific car accident and loses his ability to  adequately use his hands as a surgeon to perform operations. After being driven to the edge, he finds himself a new purpose in life by becoming a man of the mystical arts, trained by The Ancient One. As he does so, he learns about the many mystical and dimensional threats our world faces, and he rises up to stop them.

Easily, the best part of the film is Benedict Cumberbatch as the titular Stephen Strange. If you’ve seen him as Sherlock Holmes in Sherlock, you’ll be right at home here. He’s cocky, arrogant, full of himself, and prides himself on his work. The idea of magic, sorcery, and dimensions is absurd to him at first, until he gets a mystical wake up call that forces him to open his mind and possibilities.

Benedict’s portrayal of Strange felt really true to the comic character, and he beautifully sold his struggle to use magic in the beginning. After all, if it was easy, everyone could do it. Even when he does learn magic, he struggles with his purpose in the mystical world, as he can’t help but feel selfish and only want whats best for him.

Unfortunately, not all of the film stands up to the great performance of Cumberbatch. On one hand, you have characters like Mordo (Chiwetel Ejiofor) and Wong (Benedict Wong), who are portrayed very well, and easily are the best characters aside from Strange. But then, you have characters like Christine Palmer (Rachel McAdams), Kaecilius (Mads Mikkelsen), and The Ancient One (Tilda Swinton), who don’t hold up as well.

There was a well documented backlash that occurred when Tilda Swinton was announced as The Ancient One. As fans of the comics and the lore of Doctor Strange noted that not only was The Ancient One a man, he was Asian. Here, she is Celtic. Many saw this as a “whitewashing,” and after seeing the film, I can’t help but wonder if this is at least part of the equation. I won’t lie, there’s very few females in the film, so I wonder if making the Ancient One a white female was a way to “balance” out the equation in a way. If this is the case, that’s really sad. 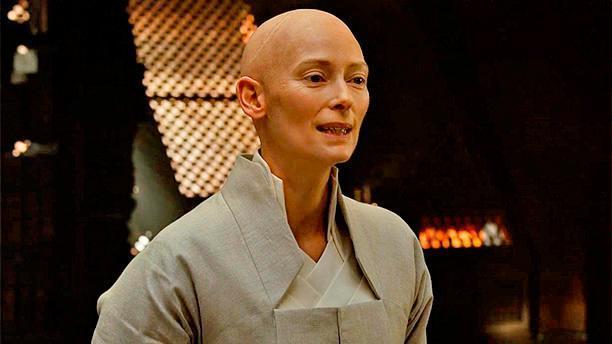 That’s not to say that Swinton’s portrayal of The Ancient One was bad per se, it just wasn’t memorable in any way. She plays it lightly and comedic in many aspects. And while it serves as a great foil to Strange, it doesn’t feel like she’s the Sorcerer Supreme. In battle she shows it, but it just doesn’t “feel” right when she’s not in combat. This goes especially with one of the big “twists” of the film. Though it beautifully sets the path of a certain character, it feels like a portrayal of The Ancient One himself from the comics. And we’re only given a very basic reasoning for this twist, it just feels hollow.

Then there’s Kaecilius, who despite being played by the amazing Mads Mikkelson, is another in the long line of Marvel “one-note” villains. To his credit, one scene he had was easily one of the best villain scenes in all of the MCU, which was sold solely on the skills of Mikkelsen, but the rest of his time was wasted. He wasn’t even the focus of the “final” battle, which made it all the more odd.

Rachel McAdams as Christine Palmer was very predictable, and as sad as it sounds, I hope she doesn’t return because aside from comedy, she didn’t add much to the film.

My biggest “complaint” is the use of magic. From the very first trailer, it was clear that this movie was influenced by Inception. And while that’s fine, it left many wondering how much of those kind of visuals would be evident throughout the film. For me, it was far too much.

When I think of magic, especially Doctor Strange kind of magic, I think of spells, and runes, and glyphs. While the movie had that, some done rather impressively, the rest was all Inception style “magic,” with no clear explanation as to why Kaecilius and Ancient One could do it. While this created some “interesting” fight scenes, it was at times a visual overload, with me not being able to comprehend what was happening.

Now in contrast, there were some “pure” magic fights that felt right at home, but those were sadly very few. In the comics, Doctor Strange uses spells from various books he’s read to battle foes. They even “cite” where he got it from to show what he is doing. I feel this was overlooked in the film, and that made me sad.

Now you may have gotten this far and think I’m giving this film a bad score, I’m not. It’s not a bad movie, its just not a great one, which is sad because unlike many Marvel films, Doctor Strange is one with unlimited potential. It just wasn’t utilized here. Overall, Doctor Strange is good, and you should go see it. But for me, compared to the best of the MCU, it doesn’t rank that high. He’ll be back though for sure, so the next time will be a little different…if they open their minds that is.