Since the game’s inception in 2015, publisher Free League has released several volumes and expansions in the Symbaroum series, as well as at least four Adventure Packs. As of today, there’s a fifth one to add to your shelf…Alberetor: The Haunted Waste launches this week.

Do you dare to explore the ravaged and darkened lands south of the Titan Mountains? The Haunted Waste will introduce you to Alberetor and Lyastra, two of the harshest and most dangerous locations in all of Davokar. And at the edge of the forest lurks a new foe deadlier than any you have faced before. The new adventure costs $39.99 and within this tome, you will find:

Alberetor: The Haunted Waste is the fifth volume in The Chronicle of the Throne of Thorns campaign and can be played by its own or as part of another Symbaroum game. It’s available now wherever Free League’s games are sold. 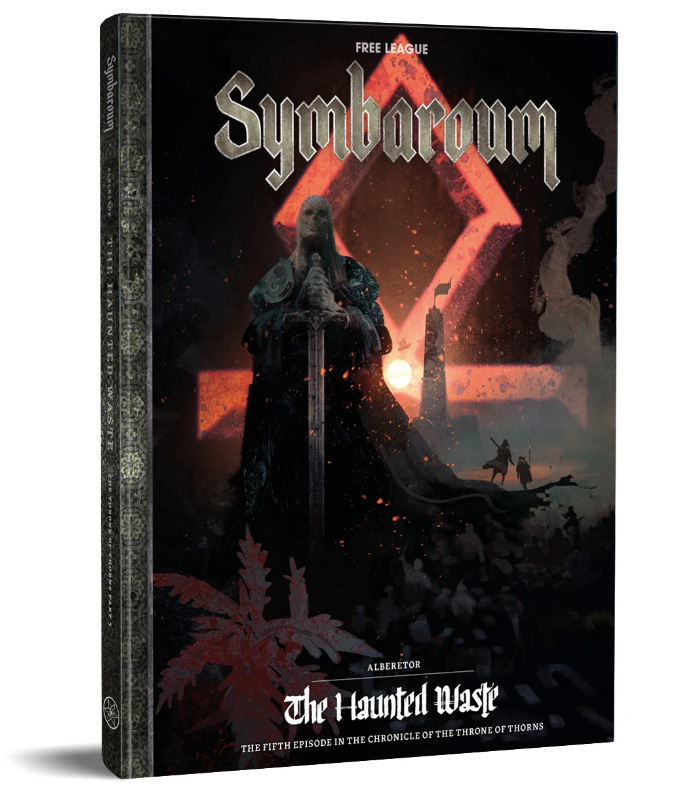 Don’t look now, but Kickstarter has been invaded by Cranky Chinchillas. And you really don’t want to deal with chinchillas when they’re cranky! It’s a new tabletop card game introduced by a Canadian indie studio. In Cranky Chinchillas the nasty Chin Empire has decided to invade and conquer the community