Funimation Confirms They Will Distribute Next Demon Slayer Arc

In what has to be the least surprising anime news of the year, Funimation announced today another season of Demon Slayer is on the way — and that they would be the ones to distribute the episodes in North America. The new season will take place after the events of the Mugen Train movie, which encapsulated a whole arc of the manga into one film. The arc that followed the Mugen Train story, Entertainment District, will be the focus. 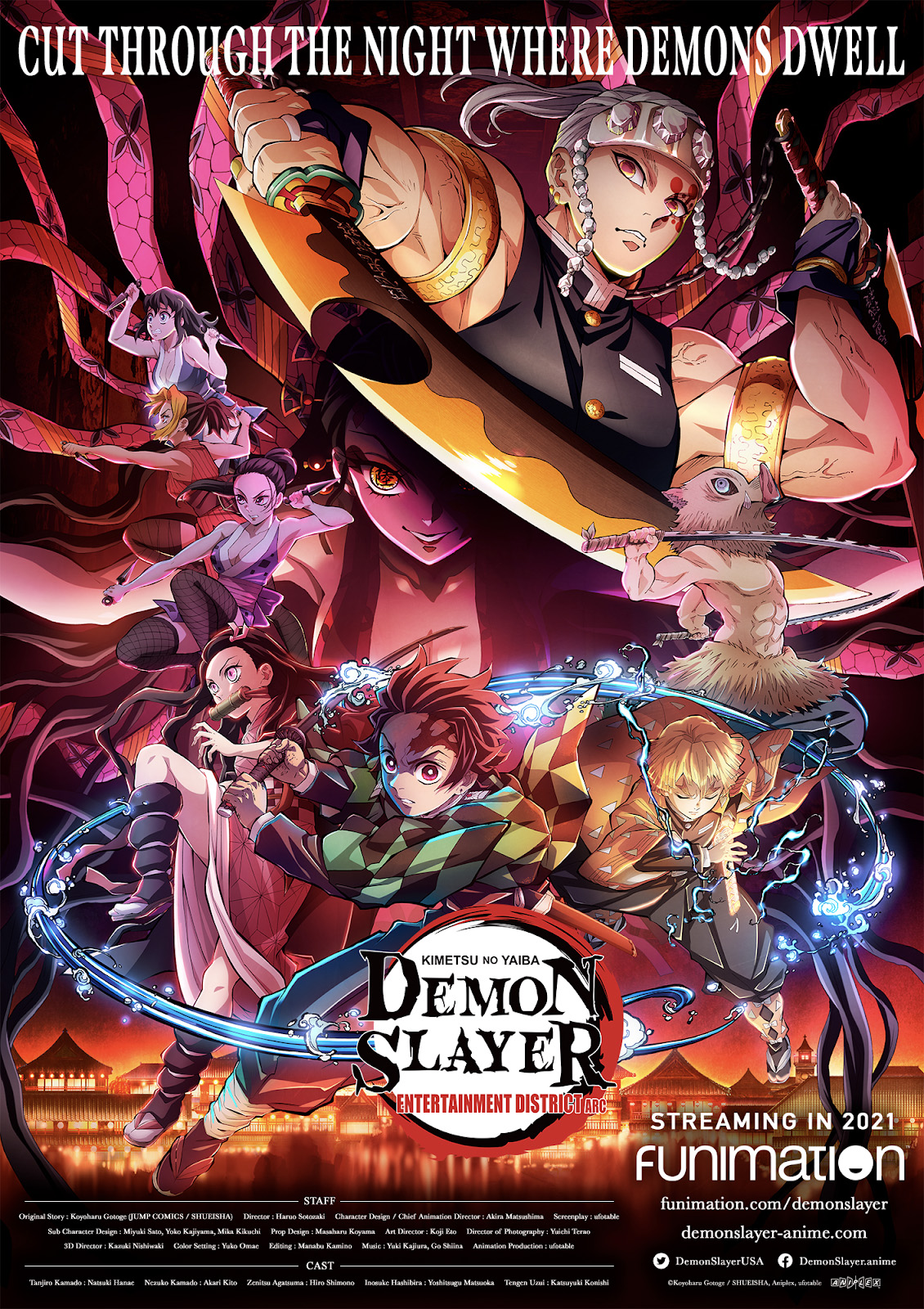 Demon Slayer tells the story of Tanjiro, a young man who has aspirations of being the titular Slayer of Demons…an occupation that gets a lot of business in his neck of the woods. Demons are lurking everywhere, and they’re hungry for humans. It turns out, though, that Tanjiro has to grow up quicker than he figured he would, as he returns home one day to find his entire family done in by demons. Only his sister survived, and having been bit by a demon, she’s turned half-demon herself. Thus begins Tanjiro’s quest for revenge as well as a possible cure for his sister.

Here’s a little teaser for the Entertainment District arc. It doesn’t appear that any animation from the new season is complete enough to show at this time, but we’ve been promised the episodes will become available before 2021 ends. It’s a sure bet they’ll be on the Funimation app.

Demon Slayer Mugen Train To Be Recut For Season 2

Did you somehow miss seeing Demon Slayer: Mugen Train despite the 10,000 articles we wrote about it during its release cycle? If so, we have good, but rather unexpected, news: the movie is not only part of the show, it will be made so literally. Funimation announced this weekend Mugen

Netflic is trying something different: instead of releasing trailers for their upcoming shows one at a time, like they normally do, they pooled a bunch of their heaviest hitters together and released all their trailers at once in an event they’ve dubbed TUDUM, after the noise Netflix makes when you