Who got up this morning thinking Steam was going to reveal its own Switch? I can’t say I saw it coming either, but here it is — the Steam Deck. It has a 7-inch screen that responds to touch (for titles where a mouse is unavoidable) and runs games at 720p. It will also be possible to play the games on television, with a higher resolution, through the official dock (which is sold separately, boooo).

The first question you probably have is what kind of games the Steam Deck plays. Can you play the Steam games you already own? YES, thankfully. Anything you have in your Steam library should be compatible with the Steam Deck, and without “cloud” assistance. Suddenly, games that were PC exclusive are playable on your TV — worth the price alone. But it gets wilder. The Steam Deck runs on its own OS, which will be open-source and malleable for the user. You can install anything….like, say, the Epic Games Store. HA HA HA! 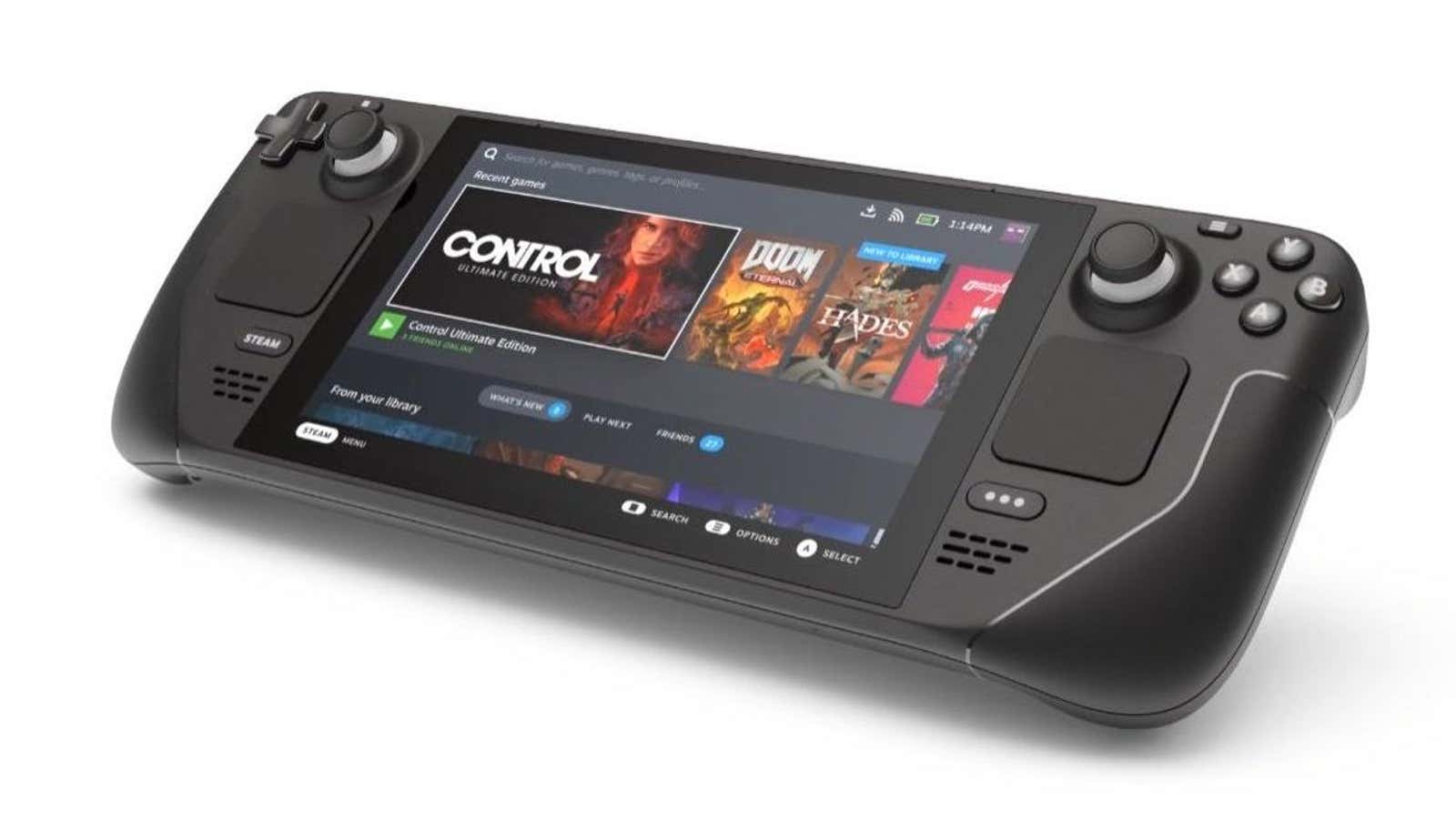 The battery range of this thing is “two to eight hours,” which is quite the variance, but it depends on how graphics-intensive the game you’re playing is. Whoever designed it loves triggers like a Final Fantasy character loves belts — there are EIGHT on the back. On the front, it has the same button layout as the Switch, but in a weird place: all the buttons and sticks are mushed up at the top. That doesn’t look comfortable, but IGN got their hands on an early model and says it feels “completely natural” and “like holding the sides of a steering wheel.”

The Steam Deck will come in three models. The most basic of them costs $399 and offers 64 GB of space. You’ll probably need more than that, so you can either use the microSD card slot to boost the internal storage or you can spring for the $529 model that contains a 256GB SSD and comes with its own carrying case. If it’s only the best for you, the high-end $649 model has a 512GB SSD drive, an anti-glare etched glass display, an exclusive variant of the carrying case and more.

Preorders for the Steam Deck officially open tomorrow, and you can secure one for just five bucks down. The caveat is that for the first 48 hours, only people who have made a Steam purchase prior to June 2021 can preorder (to prevent scalper bots from just making accounts and taking over the entire inventory). The Steam Deck will begin shipping to customers this December.

MTV Cribs is having a comeback! New Trailer For Funimation’s Sing A Bit Of Harmony