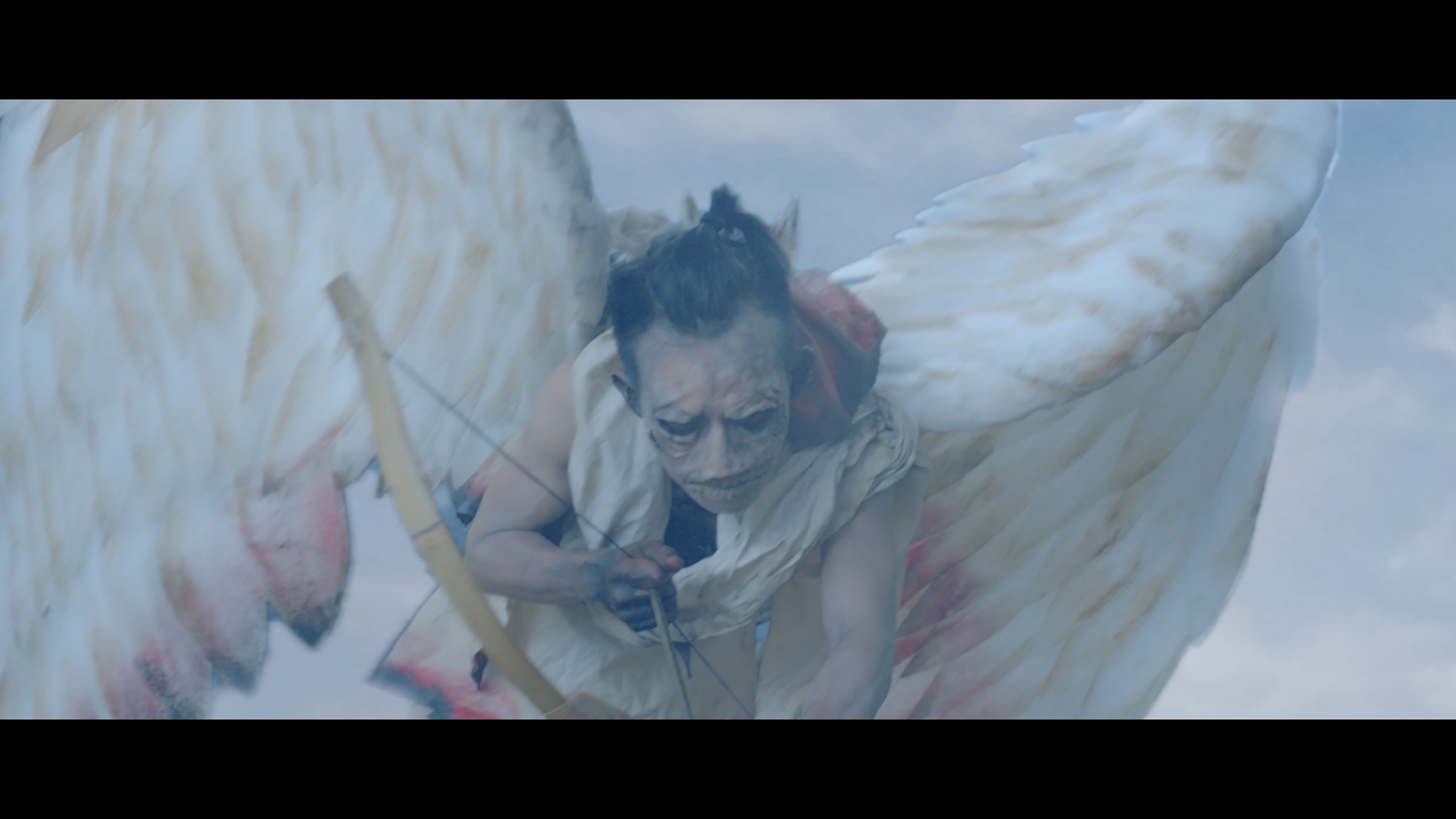 It’s nearly Valentine’s Day, the world’s most dreaded holiday. Either you feel unfair pressure to blow a lot of extra money to prove your love, or you’re just being reminded how lonely and alone you are. Odds are also pretty good you’re filing your taxes around this time, so you’re just not IN A GOOD MOOD.

But there might be one thing that can cheer you up. What if I told you there exists a Valentine’s Day movie where Cupid goes ballistic with his arrows and kills people?

Simply called “CUPID,” it’s being released by Uncork’d Entertainment to digital and disc in just a few days. Says Uncork’d, “Everyone knows the legend of Cupid…But do they know his dark side?”

The story takes place at a high school where a poor picked-on student named Faye has taken the last blow she can stand from the popular girls. So she whips out her spellbook (she’s a witch by the way) and summons Cupid to come after them. This flies against the conventional wisdom of everything we know about Cupid, but he turns out to be a monster with a messed-up face who spreads death, not love.

Cupid stars Georgina Jane, Bao Tieu, Michael Owusu,  Abi Casson Thompson and Sarah T. Cohen. It was written and directed by Scott Jeffrey, and produced by Jeffrey and Rebecca Matthews. Try to have a happy Valentine’s….no matter what the circumstances.

After being horrendously embarrassed by the mean girls at school, Faye, a practicing witch, summons the evil Cupid to take revenge on all those who wronged her. On Valentine’s Day Cupid does in fact rise and will stop at nothing until the walls are covered in blood. The students must figure out a way to stop Cupid and undo the spell before their hearts get broken…very literally.