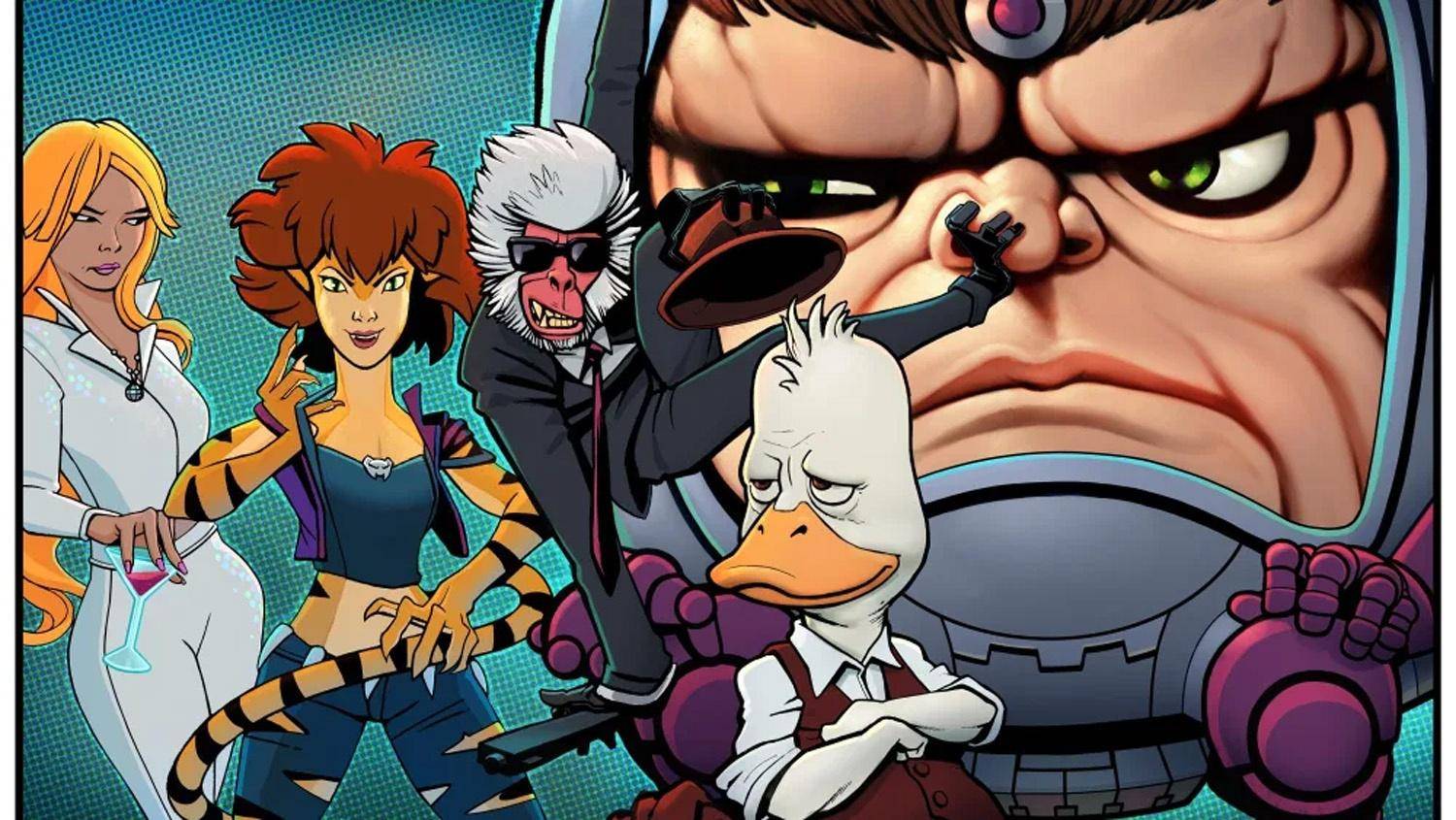 You’ve felt the change in the air…now that Disney is putting together Marvel miniseries for its streaming service, Disney+, it no longer feels the need to support anything else. At least, that’s what we’re guessing is behind the recent culling of all Marvel-branded programs on rival networks.

The Marvel shows on Netflix are done for. Cloak & Dagger is off Freeform. Runaways has been cancelled on Hulu — which doesn’t fit in with our theory, as Disney owns a 60% stake in that streamer. Maybe that other 40% was just too much to ignore?

Now more Marvel projects are getting pulled from Hulu…specifically, half of the animated lineup that was announced last year. In February of 2019 Hulu revealed four adult cartoon shows were in the works, all revolving around lesser-known Marvel properties: Howard TheDuck, Hit-Monkey, MODOK and The Tigra & Dazzler Show. Eventually, in a reference that would now be lost on people, these four shows were to cross over in a special called “The Offenders.” See, it was like “The Defenders,” except “The Defenders” kinda flopped, so….

Reports emerged late last year that Tigra and Dazzler was having problems and, as a result, their entire writing staff was being let go, including showrunner Erica Rivinoja. Now the rest of the show has been let go with them….the whole project has been cancelled. Howard The Duck has also been shut down, and that’s a pity, as it was the one we were most curious about (Kevin Smith was attached).

There was no announcement about the fate of MODOK or Hit-Monkey, so for the time being we can assume those shows are still getting made. But it wouldn’t surprise us to hear soon that they aren’t.

Nathan Fillion Wants To Be Wonder Man In MCU