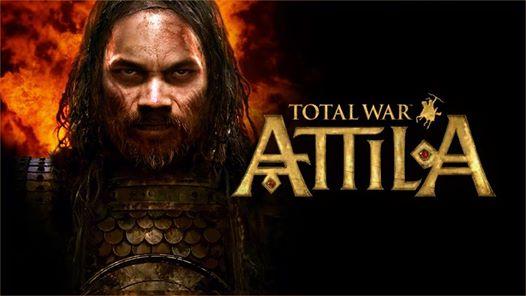 The next instalment in the Total War series it set to be a first for Creative Assembly, with the game focusing on the time of Attila the Hun. In a press release today the developers announced that the new title, Total War: Attila, would be set after Rome has fallen and is due to hit store shelves sometime in 2015.

Total War: Attila will put much more emphasis on survival than other entries in the series. With the collapse of the Roman Empire, harsh weather and the advance of Attila the Hun, players will take control of factions fighting desperately trying to stay alive rather than conquer the entire region.

“We’ve brought a darker side of the war to the series,” said Total War: Attila lead designer Janos Gaspar. “If you load into that battle after [a prolonged siege of attrition] you’ll see walls are already damaged, there are some fires already started, buildings already destroyed and – later on – defenders start to lose people through starvation. That impending doom is something we’ve really tried to hammer home here.”

The Total War series has been going since the 2000 release Shogun: Total War. The strategy game was unique in that it not only allowed players to take control of factions and make wide ranging strategic decisions but also because it let users direct armies directly in combat. Other entries in the franchise have included Medieval: Total War, Rome: Total War, Empire: Total War and Napoleon: Total War. The series has been a commercial success with every game released having received critical acclaim.

Alongside the 2010 title Total War: Shogun 2, Creative Assembly and SEGA retitled the series, giving more emphasis to the Total War brand. Since then the developer has released another direct sequel to an earlier game with Total War: Rome II.  The new game, Total War: Attila, will be the first title since the rebranding that is set in a completely new time period.