There’s Now A Physical Version Of Vambrace, But Barely

A few months ago we reported on the release of Vambrace: Cold Soul, an RPG with turn-based combat and an involved storyline. At the time, it only existed as digital electrical pulses, but we can now announce it’s been published in physical form. The only catch is…everything else.

Limited Run isn’t the only business making their own small print runs of indie games now. They are, however, getting the lion’s share of attention, meaning if you’re collecting these things for their scarcity, you’d be better served checking out the smaller companies. A physical version of Gone Home was available at one point, but it was offered by IAm8Bit exclusively through their website, it got zero press, and now it’s gone.

Games that are valuable today are ones that were ignored in the past. It could be that the quietest releases will be worth the most. ..Or not. Supply and demand is a tricky force to predict the flow of; we make no guarantees. We do know a company in Germany is printing just 3,000 copies of Vambrace for the Switch. 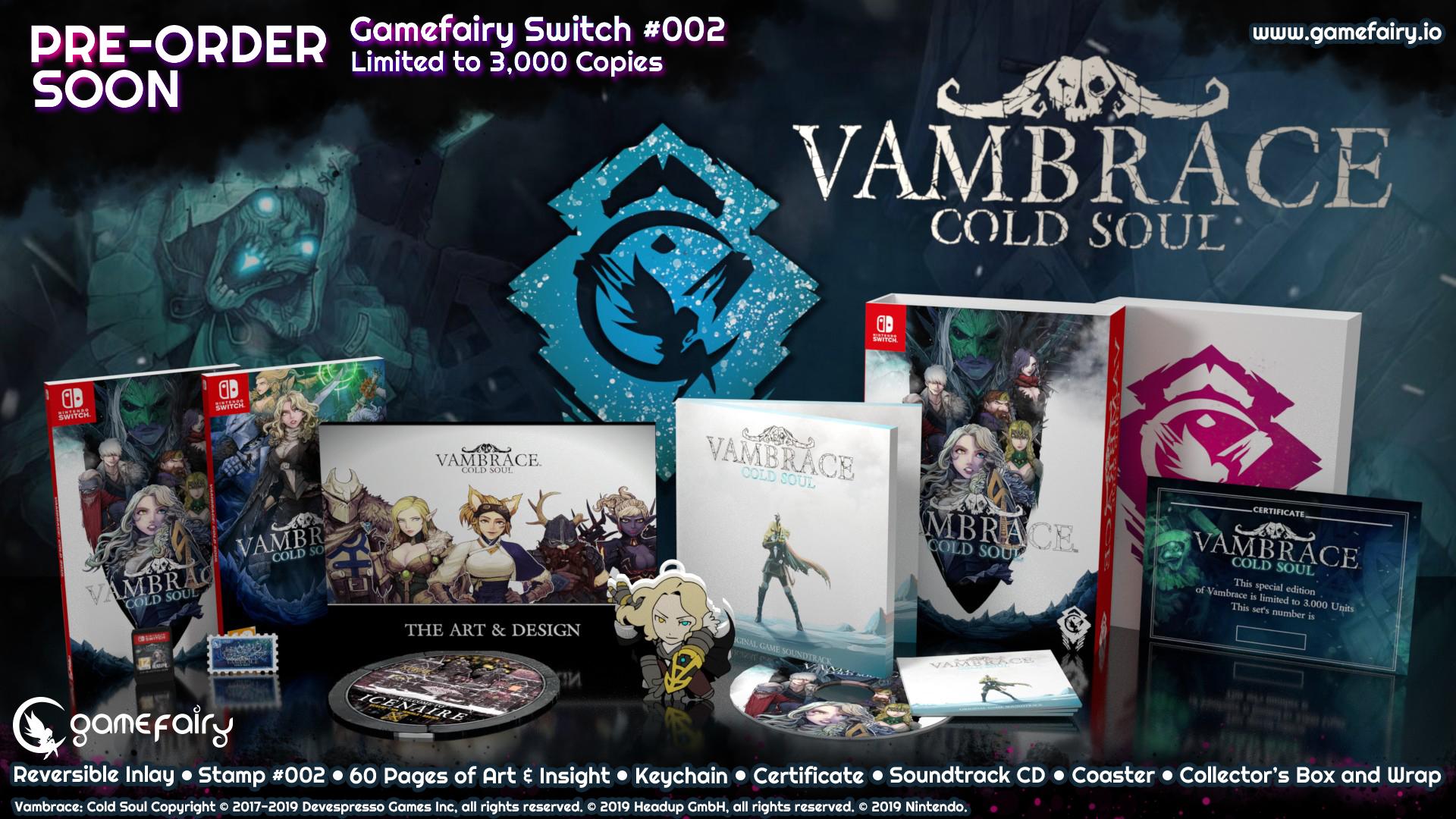 No, it’s worse than that….Gamefairy is SELLING just 2,500 copies of Vambrace. The remaining 500 will be issued out in contests and giveaways. Worse yet, the thing costs $50 per copy and only the Collector’s Edition is being offered, meaning if you don’t want the artbook, soundtrack, keychain, coaster, etc (we’re not being sarcastic, there’s a coaster), you’ve gotta pay for them anyway.

It’s a European release with a PEGI rating on the box, but it’s in full English, the Switch is region-free, and this will probably be the only chance at holding the game in your hands. It’s not the best deal, but given the circumstances, you still might want to think about it.