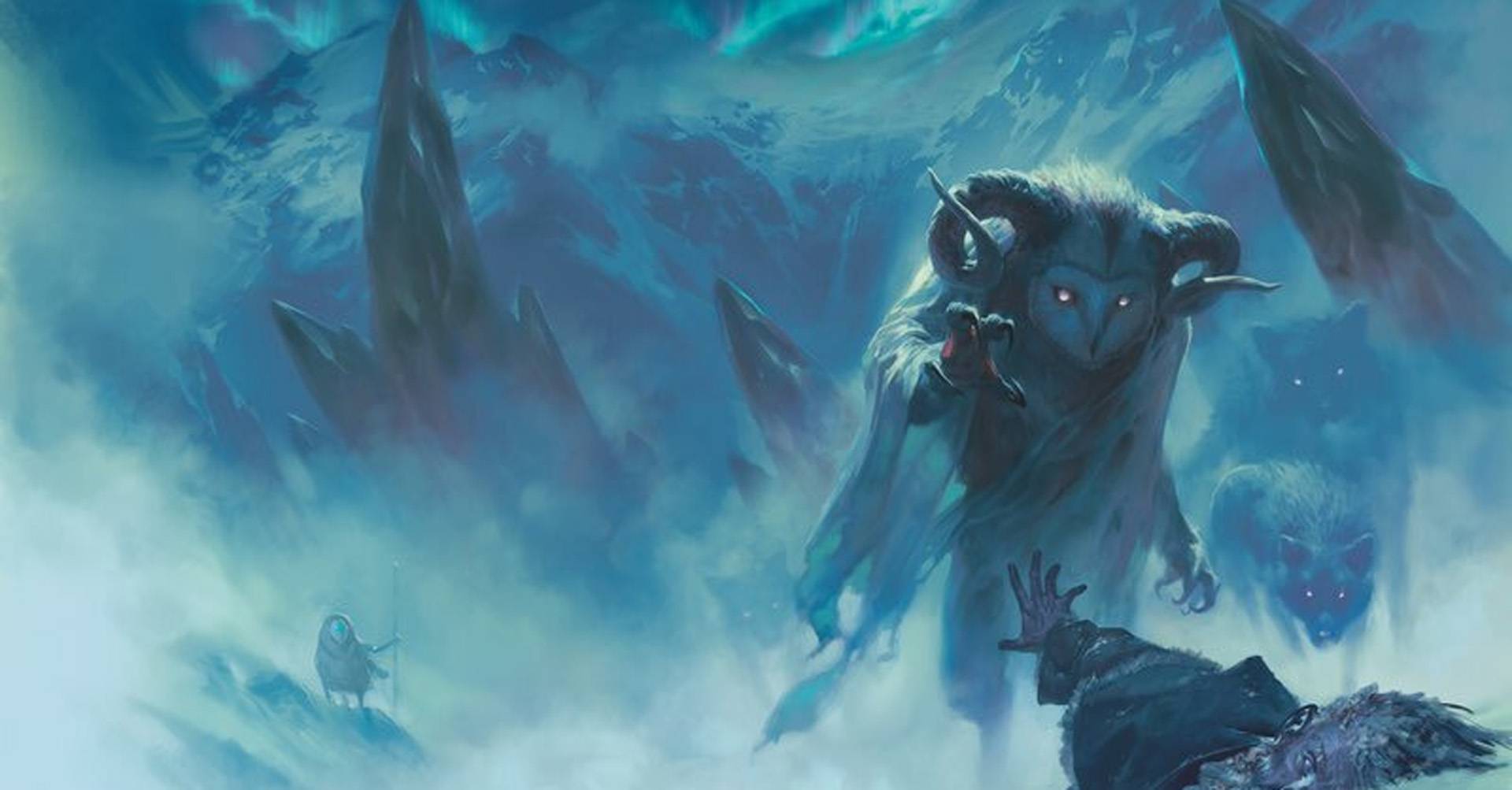 Wizards of the Coast has announced the next D&D campaign set will be called Icewind Dale: Rime of the Frostmaiden. Set in the far northern region of the Forgotten Realms, you’re going to need your most powerful parkas to take on the titular Frostmaiden, who principal narrative designer Chris Perkins calls “a god who basically embodies winter’s wrath and cruelty.” Perkins says John Carpenter’s The Thing was a big inspiration for the campaign.

But if there’s one thing more formidable than the Frostmaiden, it’s the asking price for the Platinum Edition of Rime of the Frostmaiden that Wizards will be putting out. At five hundred smackers, only the wealthiest D&D fanatics will be able to take one home…but what is in it that could possibly justify such a sticker?

WotC hasn’t released all the details of the campaign, but they have told us what will be in the Platinum Edition. The bonus objects are being created by Beadle & Grimm’s and certainly sound extravagant. “Wearable jewelry” is one listed item.

Only 1000 copies of the Platinum Edition for Icewind Dale: Rime of the Frostmaiden will be sold, and they will ship in October….but what about the rest of us? The good news is we’ll get our plain edition before the rich folks do. It’s due out on September 15.

Disney Villainous Lets You Play As The Bad Guys

Alien Roleplaying Game To Be Published In Seven New Languages