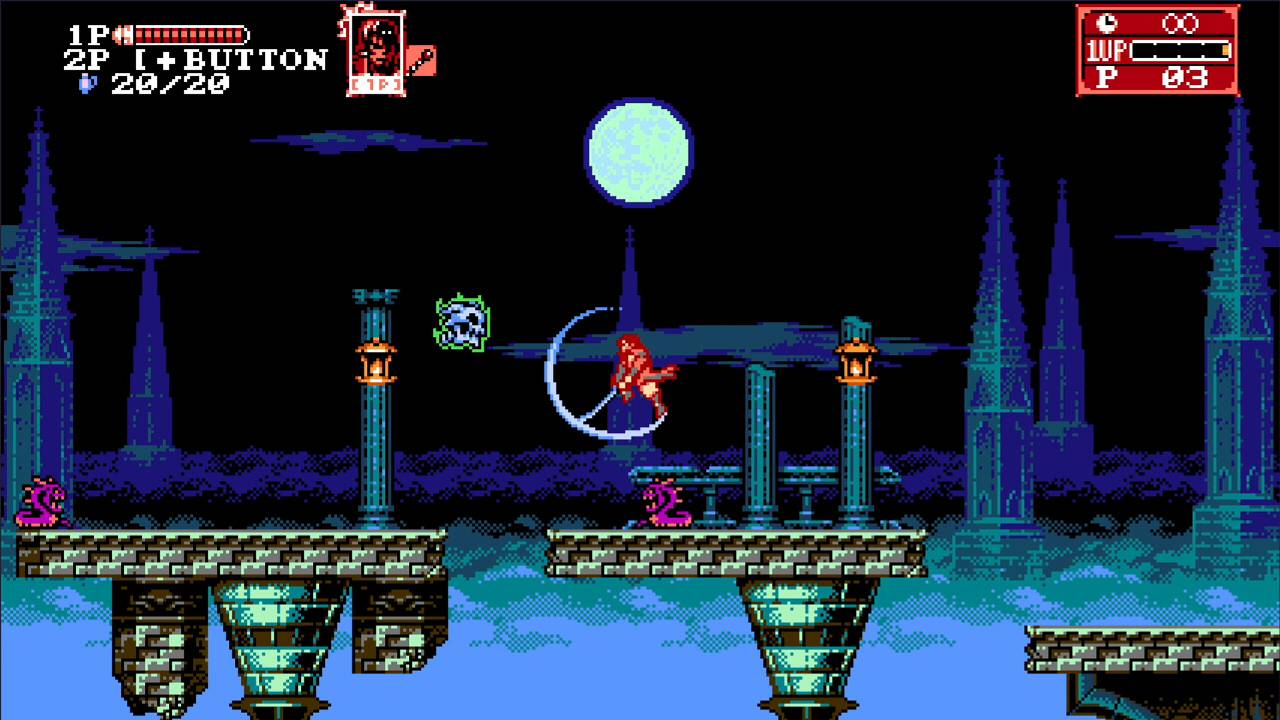 Koji Igarashi, the mad genius behind the Castlevania series, currently can’t make any more games for it because Konami is awful right now. So several years back, he decided to strike out on his own with Bloodstained, a series that bears a great resemblance to Castlevania with its sidescrolling haunted castles and whips, yet is legally distinct.

Bloodstained: Ritual of the Night was the big project, but Iga and his team generated enough interest to crowdfund a smaller, 8-bit styled side project: Curse of the Moon. Since it didn’t take quite as long to make a game with retro visuals, CotM came out before RotN. We don’t know if Ritual of the Night will get a sequel, but Curse of the Moon will, and rather quickly at that. We’re getting it next month!

Curse of the Moon 2 brings classic 2D action and a dark, 8-bit aesthetic together with modern playability. The multiple-scenario structure of the previous title returns with an epic new story supervised by IGA (Koji Igarashi) himself.

Players take control of Zangetsu, a swordsman from the far east who bears a deep grudge against demonkind and the alchemists who summoned them. Zangetsu must battle his way to the demonic stronghold, but he doesn’t have to do it alone! Zangetsu can ally himself with a brand new cast of characters he meets along the way and add them to the playable roster.

Curse of the Moon 2 will have a wider cast of playable characters than the first game did — the entire original cast is returning alongside three new characters. Iga will only confirm the name of one of them (an exorcist named Dominique). Each character holds unique abilities, making CotM2 a game you can play many times. There will also be a local co-op mode in CotM2, so you don’t have to face monsters alone.

Bloodstained: Curse of the Moon 2 will be out July 10 for Playstation 4, Nintendo Switch, XBox One and PC via Steam.