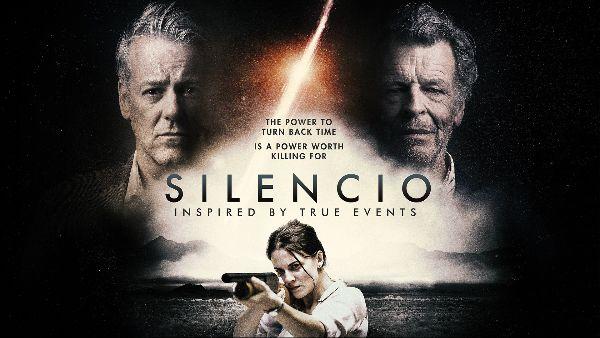 Silencio, a time-bending thriller, is on its way to DVD and VOD platforms later this spring, courtesy of Uncork’d Entertainment.

Ana’s son is dying. However he got to this state, it stems from an incident that could potentially be prevented if Ana could find a way to travel back in time. Well, no problem — it’s the movies, all she has to do is track down a powerful stone.

The stone is somewhere in the Zone of Silence, the “Bermuda Triangle of Mexico”….but Ana’s not the only one after it, and if she finds it, powerful forces will be after HER. Soon, more lives could be in danger than just her kid’s.

Silencio stars John Noble, who’s played a lot of “mysterious old guys at the heart of conspiracies” on television…alongside him are Rupert Graves (“Sherlock”, The Madness of King George) and Melina Matthews (Mama). Silencio was directed by Lorena Villarreal, and arrives on VOD and DVD May 14.

“A carefully underplayed sci-fi time displacement drama in the realm of The Butterfly Effect and Quantum Leap” (Starburst), Silencio fixes on a factual mystical marvel in the heart of Mexico that charges a young psychiatrist the mission of unravelling a real-life X-File!

Now On VOD: A Young Man With High Potential

The Glorious Seven Are On Their Way