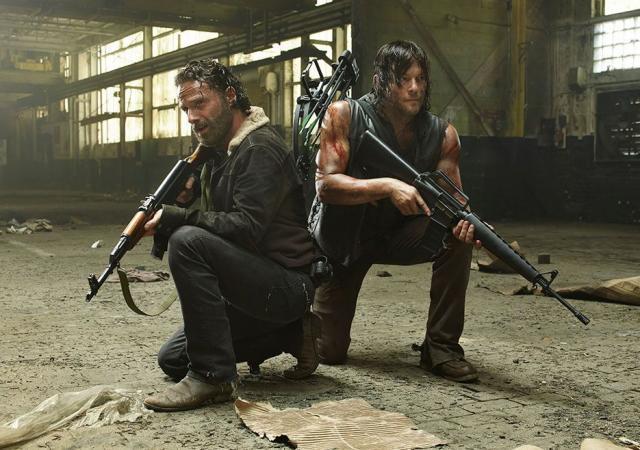 Easily one of the biggest shows on TV today is The Walking Dead. A show that was once a big risk is now a phenomenon, and is about to get a spinoff series in the form of Fear The Walking Dead. Robert Kirkman, who both wrote the comic and is an executive producer for both series, talked with IGN about how this series will be different from its parent show.

“[These characters] really kind of sprang about with the idea of doing another show,” Kirkman told IGN. “When AMC asked if I be interested in doing a companion show to The Walking Dead, my mind went into the mode… I created The Walking Dead when I was 23. I was 34, 35 at the time we started developing this. I made a competition with myself. I wanted to see if I could come up with something cooler or more unique. What does old, tired, sad Robert Kirkman think about the apocalypse as opposed to the young, energetic version that did the first comic? It turns out that old, sad, tired Robert Kirkman needed the help of Dave Erickson. Working with Dave, he and I came up with all these characters and created this world, this Los Angeles version of Walking Dead. There are no leftovers or B-sides. These aren’t people that didn’t fit into Walking Dead or the comic or anything like that. This is an all-new cast created specifically for this show.”

He went on to note that FTWD is truly meant to stand on its own without holding on to what made Walking Dead so successful.

“One of the things that was really important to us from day one was that this show stands alone,” Kirkman added. “We wanted to it stand alone story-wise and character-wise. We wanted it to have its own corner of the universe. All of that extended to what our visual take on this show would be. I have to say, a big portion of that came from Adam Davidson, our director for the pilot of Fear the Walking Dead. He’s going to be directing a fair number of episodes of the show moving forward. He was able to come in with just a unique vision of Los Angeles as a city, but also bring a very different flavor.”

Exciting! If you’re a Walking Dead fan, you’ll definitely want to watch this when it airs this summer on AMC.