It’s been a while since the heyday of licensed cereal products, but for the first time since the late 80s, Nintendo’s Mario has returned to breakfast. Giving Lucky the Leprechaun and Cap’n Crunch the boot-stomp, Mario’s cereal comes with marshmallow mushroom power-ups and coin blocks, along with crunchy corn stars guaranteed to turbocharge your day by making you sparkly and invincible for 15 seconds. 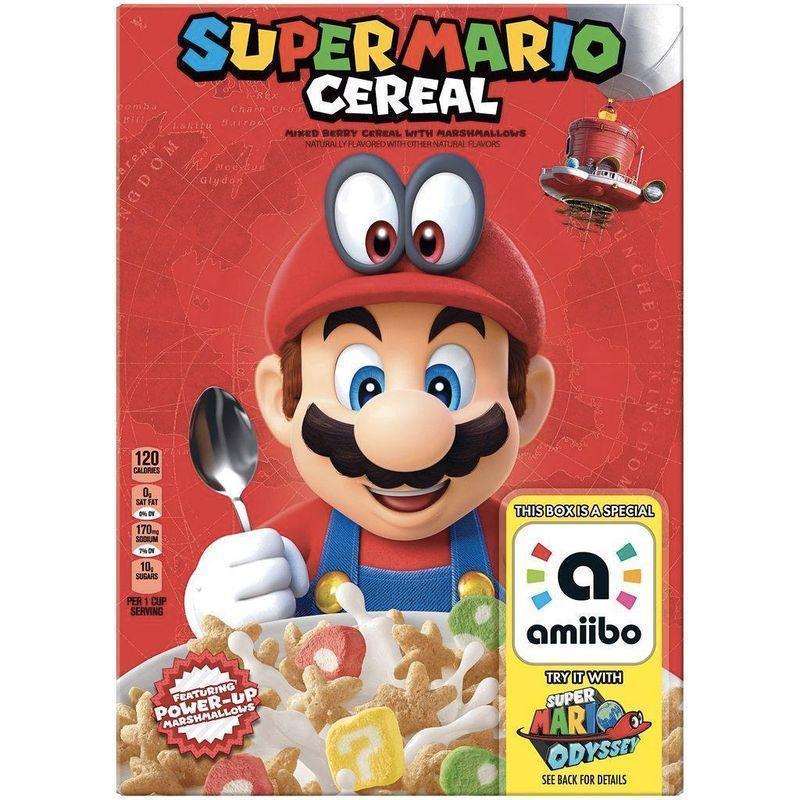 There’s more: according to back of the box, which was snapped by a Reddit poster, this cereal actually functions as an amiibo. Pushing the box onto the Switch’s right Joy-Con will “unlock special content to power up your Super Mario Odyssey adventure.” It’s unlikely it does anything exclusive, but the box is not specific as to what you’ll get.

Why would Mario pick now to sell cereal again? Well, the box provides a big clue: the thing is entirely themed after Super Mario Odyssey, which is available to buy now wherever electronics are sold. It suggests the cereal’s main purpose is to promote that game while it’s new, so if you want to munch on mushrooms (without the hallucinatory side effects), you’d best get yourself a box before the holiday season is over.