The Blu-ray cover for Iron Sky: The Coming Race looks suitably bonkers: it has an old man riding a T-Rex, a woman in a sleeveless shirt holding up a glowing trophy, what appear to be knockoffs of Emperor Palpatine and the Millennium Falcon near the top, and the tagline “LET’S MAKE EARTH GREAT AGAIN.” 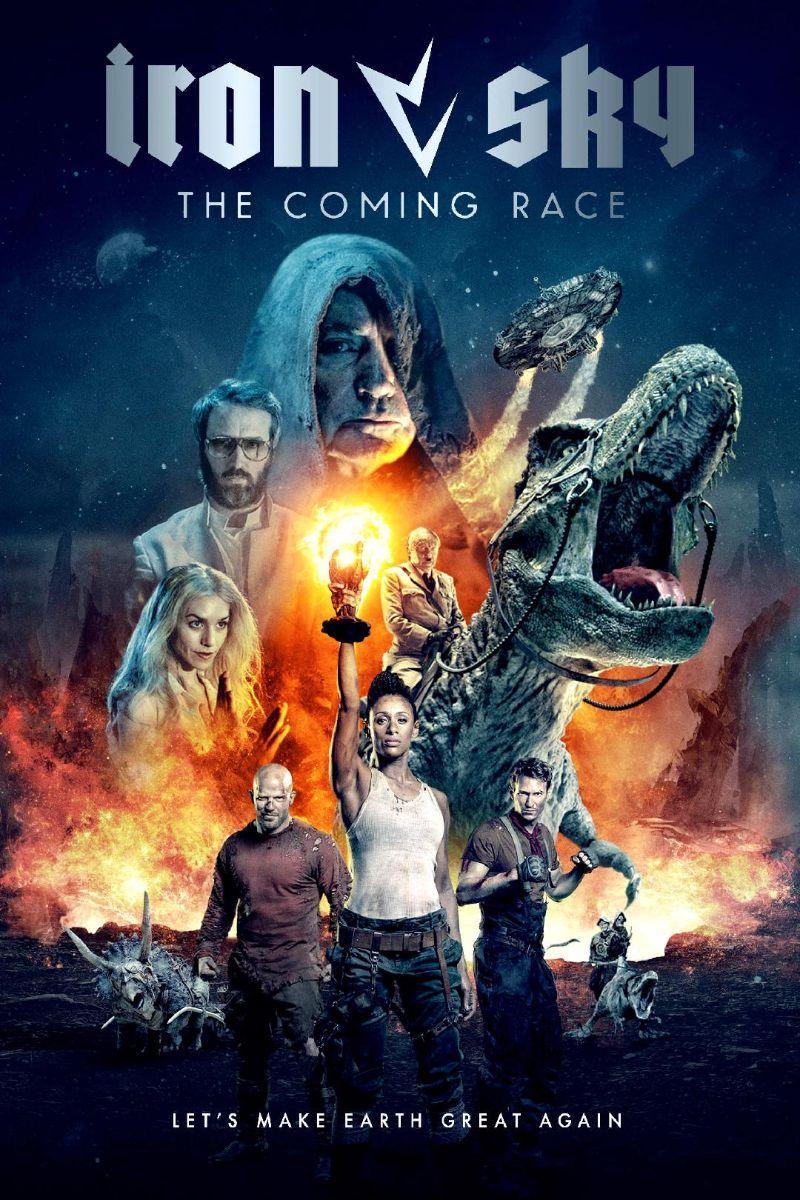 But if you’re familiar at all with the original Iron Sky film, you should have known what to expect. The 2012 tale of Nazis in space that ends with the nuclear destruction on Earth in the final shot could have only gotten crazier. Now, the fight continues on the moon…and there are dinosaurs!

Twenty years after the events of Iron Sky, the former Nazi Moonbase has become the last refuge of mankind. Earth was devastated by a nuclear war but buried deep under the wasteland lies a power that could save the last of humanity or destroy it once and for all. The truth behind the creation of mankind will be revealed when an old enemy leads our heroes on an adventure into the Hollow Earth. To save humanity they must fight the Vril, an ancient shapeshifting reptilian race and their army of dinosaurs.

On April 24 Iron Sky: The Coming Race will begin its limited theatrical run; check your local listings to see if it’s playing near you. If not, the Blu-Ray will be out May 6, alongside the DVD and VOD versions.