Uchū Sentai Kyuranger, Space 39: "The Adventure in the Perseus System" 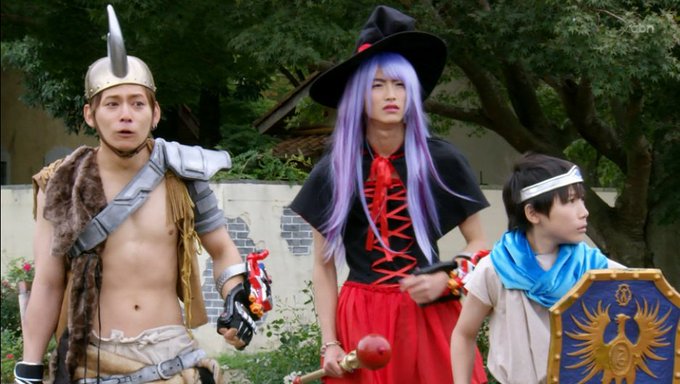 Spada reacts to Stinger's singing with exactly the same expression I did.​
This week: We'll I'd call it a 'cast member shows off their talent' episode but does it really count when the episode straight-up says how terrible they are at it? Anyway every third anime nowadays is a "person gets trapped in an RPG fantasy world" show, so I guess Sentai has to keep doing them every so often until something else becomes trendy. Also, Stinger's weapon from 'Episode of Stinger' turns up here, and it turns out Champ has had a rocket punch all along.