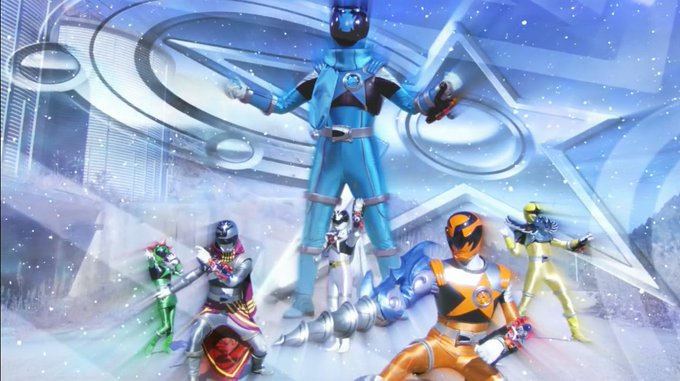 Did you notice this series has a lot of power-ups?​
This week: Mr Pega's back and they still haven't sorted out his badly applied stickers, 6 minutes of recap to get the plastic horsey up to speed, not a deathworm but a REPAINTED deathworm, a very cool pose, Hammie becomes sultry (and Sailor Moon referencing) after dark, the big bad's (kinda?) real form, and I guess we're going back to Earth for the rest of the series!
D

The Sailor Moon bit was funny, but came out of nowhere. The rest of the episode was pretty much the same shitfest this show has been for the last several weeks. The reveal of Don Armage explained nothing about who he really is nor do I care at this point about this big "plot twist." This is something that should have been done like 20 episodes ago so there could have been some impact to it and build up after it.

Also, ANOTHER god damn Death Worm!!! I hate to say it, but Kyuranger has by far the WORST monsters of the week of the entire franchise! Even my least favorite Sentai series managed to have a diverse cast of monsters. This show seems to have maybe 15, 4 of which are constantly recycled.
You must log in or register to reply here.

Uchū Sentai Kyuranger, Space 43: "An Oath on a Holy Night. Talk About Lucky!"