Captain Shark Reviews Gorenger and Beyond!

Now we have come to talk about being FABULOUS in this not-really-Wataru-related series called Kiramager. 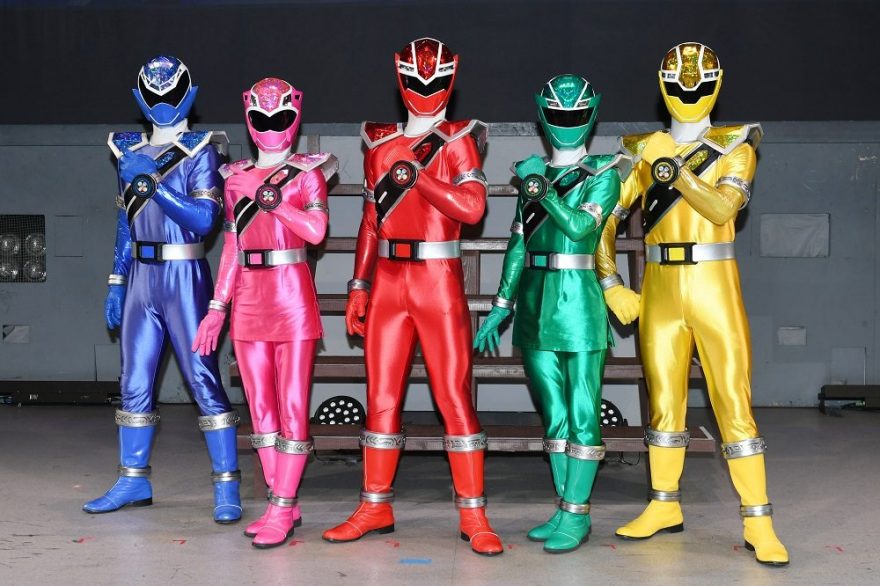 "So how will this be done?"

Because of the 45 episode length this will be done in 5 parts with 9 episodes each with the movie in part 3 as it takes place between episodes 23 and 24.

"You still checking for continuity?"

If it does not contradict or can easily be explained it is canon.

Haven't seen it and given how slow I have gotten over the years I might not get around to it for a long time, however I am interested in how its mythos plays out. Did Toei really have a multiverse this whole time or was it (outside of Kyuranger and Akibaranger) one universe that got split apart? The fact there will be a crossover movie with Kamen Rider Saber which already has merge-and-seperation problems with its multiverse makes me want to hold off on what the hell is up with the timeline. The only real potential contradiction Super Sentai has is "hey shouldn't animal people from Zyuohger be in more human cities?" which can be explained by "they'd rather go home and not deal with constant alien and demon invasions".

I still stand with Vic Mignogna, two years later and not a shred of real evidence. It's reasons like this why I browse r/mensrights. Despite what right wingers that pretend to be left wingers like Leon Thompson from Renegade Cut may lead you to falsely believe, men's rights is a major issue in the west. Not to say Amy Cumstain Barette and Brett Pukenough won't curtail women's rights, that one just gets the coverage. Every election matters and if you're not voting left **** like this happens.

Been a while since we did Colbert Report style intros! And we continue with part 2!

On a side note since the movie is proving impossible to find and I have a backlog, short hiatus until I find it, sorry folks.
C

Bill Cosby is finally freed from injustice wrought by a combination of human greed and stupidity! Speaking of justice winning rolling now is part 3!

Sumikae Jamen: His only known power is soul swapping via Relocation Beam from the arms
Mortgage Dagames: Powers include hook arms and chains from the collars on the twin heads
Secchakuzai Jamen: Powers include sticking objects and organisms together via head glue
Secchakuzai Shellga: Powers include super glue from the head and strong legs for kicking buildings
Fishing Rod Jamen: Powers include a fishing reel on the head that can fish for humans, opening time portals, a slippery body, and high jumping
Motorboat Basra: Powers include ground liquefying, a speed boat form that fires bow torpedoes, hook claws, and orange energy balls from the eyes
Safe Jamen: Powers include palm dust that turns organisms into gold coins, an armored safe for a head, gold lightning from the left palm and head, and self destructing if the wrong pin number is entered three times
Gold Bar Ligany: Its only known power is mouth dust that turns objects into gold
Remudo: Powers include ram horns around the body, wool tendrils from the wrists, creating shockwaves by pounding the ground, and firing purple ram head ghosts from the hands that induce sleep
Minjo: Powers include dream entrapment, a scythe that fires orange lightning and red energy balls, a rifle that turns humans into dolls, reviving dead jamenju, teleportation of others and objects, turning into smoke, and combining with Remudo
Super Remuda: Powers include turning day to night, explosive purple energy ram heads from the hands, thick wool that acts as armor, and retracting into a ball
Speaker Marsk: Powers include loud noise from the three head speakers, speed, possessing humans by touch, sonic shockwaves from the head, and absorbing organisms into his body
Jukebox Hildon: Powers include tentacles and firing CD bombs from the mouth
Bomb Jamen: Powers include summoning bowling ball bombs that explode after ten enemies are hit, mouth fog, and speed
Todona: Powers include a human disguise, lightning from the eyes, teleportation, and a purple energy whip that causes what it hits to become zombies
Super Glue Jamen: same powers as Glue Jamen
Super Glue Shellga: Its only known power is head super glue
=================================================
Silver took so many episodes that ranger balanced is pretty all over the place at this point (and after a decent start too). The kanaema stones are an interesting idea for a treasure hunting plot except they really don't have the villains focusing on them. I also checked ahead, they won't even come into play until episode 38 which makes me wonder if they were thrown in at the last second. Kuruntula not doing anything while introducing Todona seems very unnecessary to do, she's just a grunt abuser. Granted this is one of the few times in Super Sentai the foot soldiers posed a real threat without showing off their sheer numbers. Normally I don't comment on music festival tracks that have been going on since Gekiranger, but since the opening and ending themes are actually well made I felt like I should point out that these tracks are just especially bad and possibly the worst out of all of the music festival tracks. Smoggy not showing up anymore is also quite a disappointment.

I'd say more, but there is not much else to really add, not a lot more even happened. There's a neat new mech and.... Yeah.
C

Joe Manchin and Kirsten Sinema are destroying America and the world with civility! Before America heads into a second civil war in the name of manners here is part 4!