Details on the upcoming Patch 5.1 for Final Fantasy 14 Stormbringers were revealed today during Square’s latest Letter from the Producer livestream. The official name of the update is Vows of Virtue, Deeds of Cruelty, and it will introduce the anticipated YoRHa: Dark Apocalypse alliance raid, a crossover with Square’s NieR series. The event was produced with the cooperation of guest creators Yosuke Saito and YOKO TARO.

There’s a lot more coming than just that. Square’s bullet list is lengthy:

You can find Final Fantasy 14 on Playstation 4, PC and Mac. The precise release date for Patch 5.1 has yet to be revealed, but it will likely be soon. 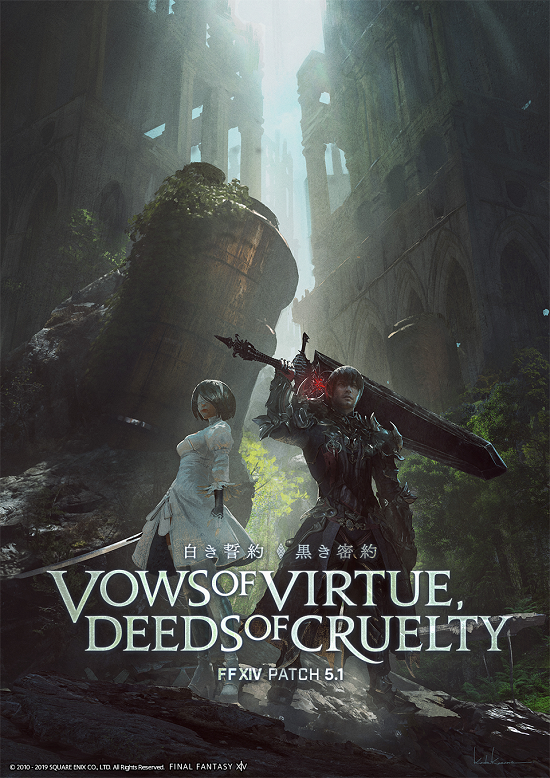