In 1992, Sean Young Michelle Pfeiffer made waves as Catwoman in Batman Returns. Other Catwomen have taken turns in the role since, but none have been quite as iconic, whether that was due to the movie being terrible (Halle Berry’s unfortunate role) or the character barely resembling Catwoman at all (Anne Hathaway in Dark Knight Rises). Somebody we might have another Catwoman that measures up, but for now, only Pfieffer gets her own statue.

Cryptozoic’s newly announced Catwoman Movie Collectible renders Pfieffer’s stitched-together leather costume in their trademark style. Designed by Pedro Astudillo and sculpted by Anders Ehrenborg, the figure measures seven and a half inches and comes in its own display box. 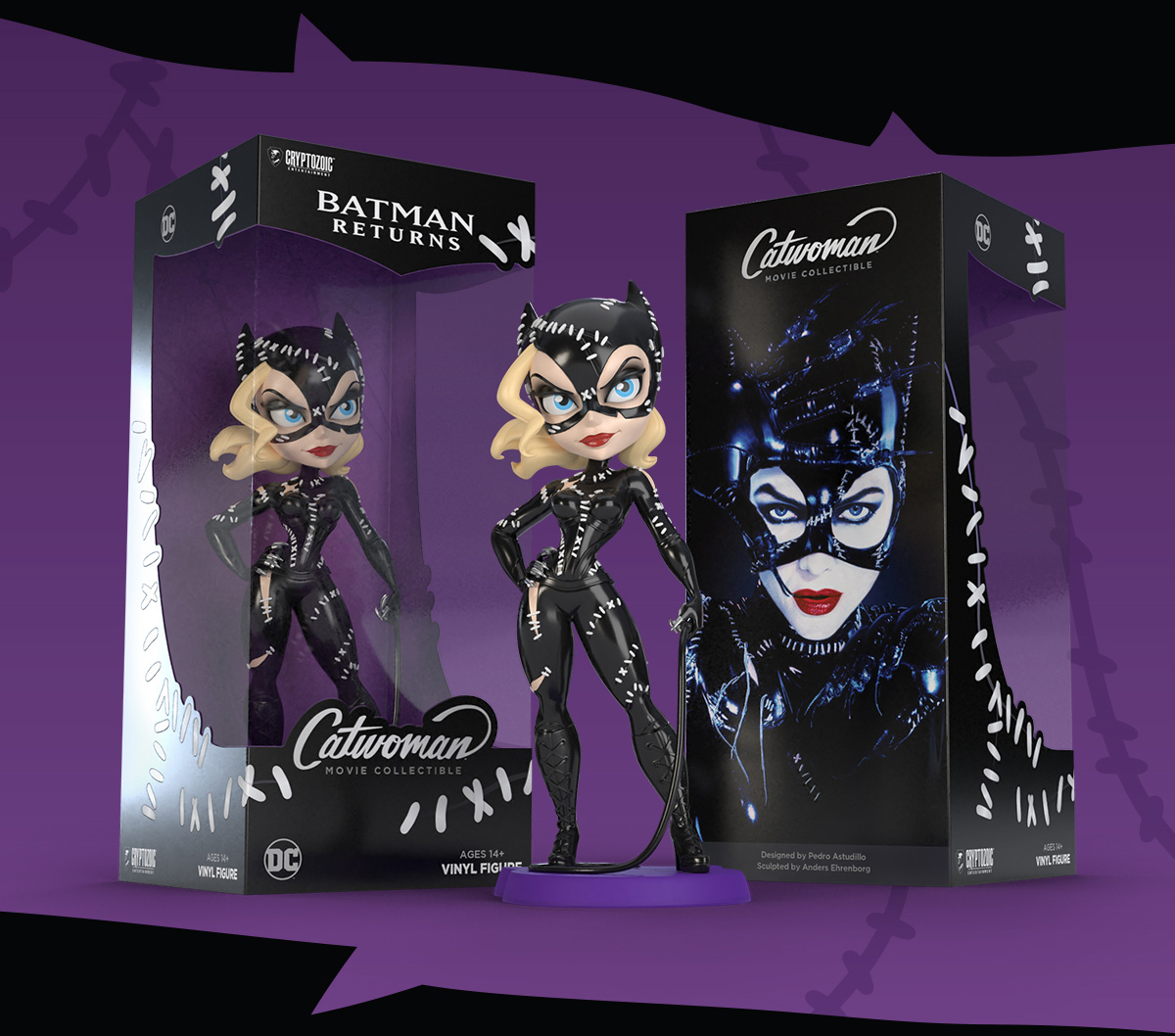 “As a Catwoman collector myself, I really wanted to pay homage to this legendary interpretation of the character,” says Cryptozoic product manager Amanda Barker. “I wanted to use every detail to capture all the attitude and danger that we see Catwoman personify on screen.” She meant purr-sonify, obviously — it was right there.

Two versions of the Catwoman figure will be sold: the Hello There Edition, which is standard and renders her outfit in purple, and the Noir Edition which is the same design but in black and white. There will be fewer copies of the Noir Edition made, and it’ll cost a bit more at $34.99 (Hello There costs $29.99).

Cryptozic will be announcing more info about the Catwoman Movie Collectible, such as its release date, soon. Keep a watch on their website for further details.