Life on an island can be a paradise or a prison and in Crown and Anchor, the drug fueled family crime drama by Michael and Andrew Rowe, the latter is made clear with an intensity that will make you feel as if it’s your life on the line.

St. Johns, Newfoundland, Canada has become a setting for crime stories as of late in series like Hudson & Rex or more comedic takes like Republic of Doyle, but Crown and Anchor doesn’t trade in laughter. Instead focusing on traumatic family affairs and small town justice that have lasting effects on the generations that follow. The filmmakers themselves are from St. Johns, giving Crown and Anchor a credibility that is hard to deny. 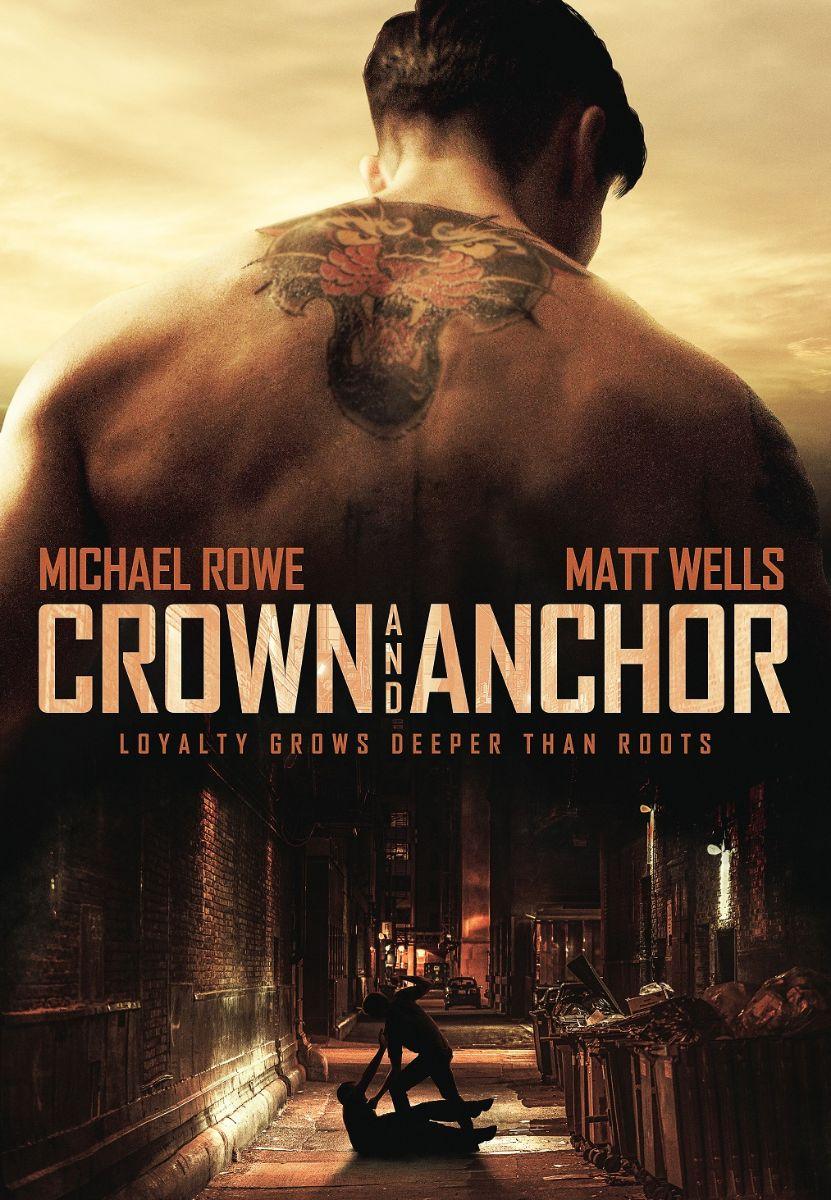 Plot: When a death in the family brings Jimmy back to his hometown, the Canadian cop find himself ripping open old wounds while discovering the downward spiral of drugs and crime that are endangering the family of his cousin, Danny. Will he take action to stop this evil influence or will he run away again? 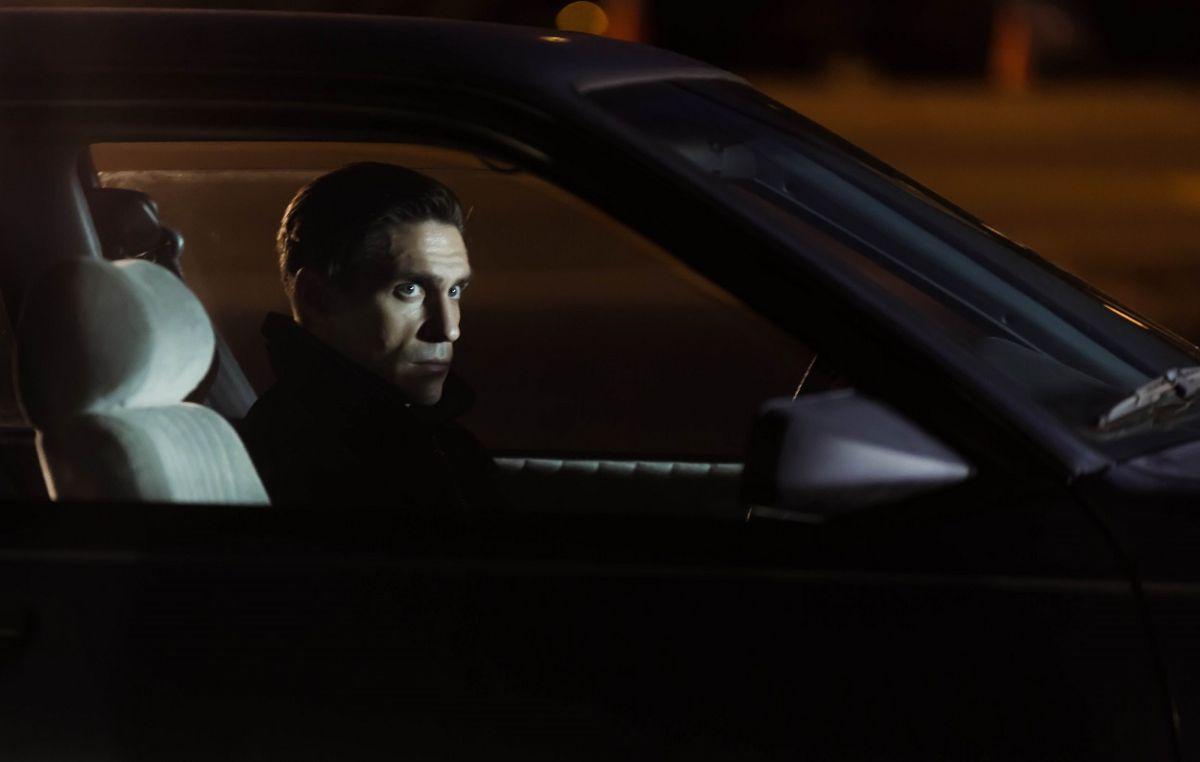 What hits the viewer immediately in the opening moments of Crown and Anchor is the kinetic energy of the cinematography. While not going to Bourne level extremes of shaky cam, when a shot of a car interior with only a partial profile of the main character in shadow can completely pull you into the story, it’s clear there is some masterful filmmaking at play. 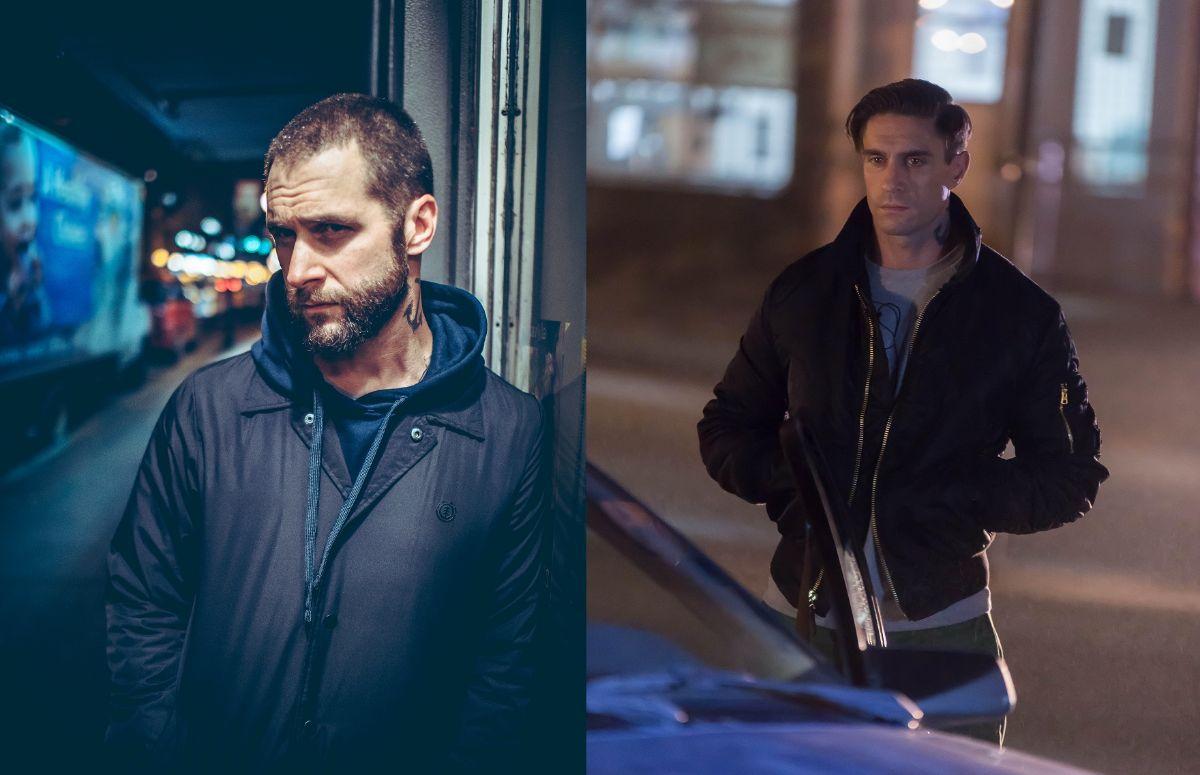 This visual flair continues throughout the film with a steadycam style that puts you right in the middle of the mystery behind the incident that caused straight laced Jimmy (Michael Rowe) to abandon his disgruntled cousin, Danny (Matt Wells) years prior, with the two men sporting matching neck tattoos of an anchor, signifying what was once a seemingly unbreakable bond.

Adding to the energy of the film is a hardcore punk soundtrack which serves to convey the burning anger and conflict within Jimmy. It should be mentioned that Rowe himself spent a decade as a drummer in the punk and hardcore music scene, which adds all the more to the authenticity of this type of music as part of the character’s troubled psyche. 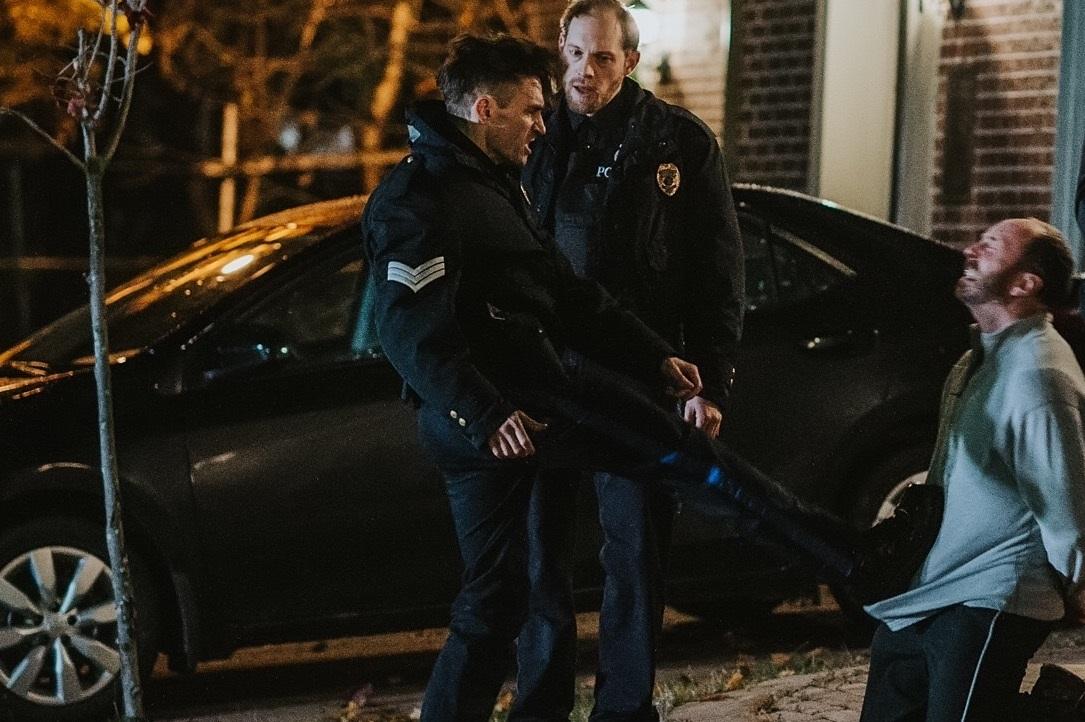 Though the police officer is trying to play on the side of the law, it’s clear that Jimmy is a powder keg on two legs, ready to explode into violence when triggered by incidents that remind him of the past, whether on the job or in his daily life. This is put on display several times throughout the film as Jimmy inflicts physical harm on others as well as himself. 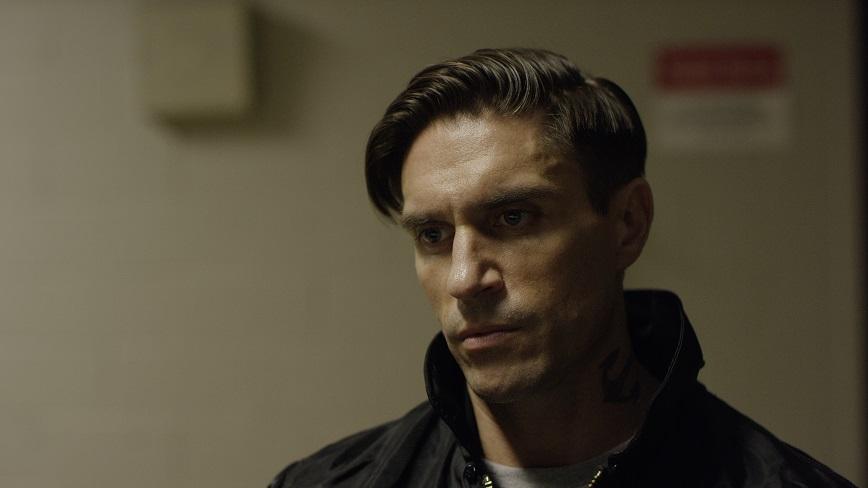 Rowe has a screen presence that demands your attention and he plays very convincingly a man on the verge, constantly holding back his flaring emotions to appear under control. Best known for playing Deadshot on the CW series Arrow and a more heroic comic book character in the Valiant comic web series, Ninjak vs. The Valiant Universe, Rowe has a physicality that makes you believe every punch, which adds greatly to the non-verbal portion of his performance as he confronts family and friends. 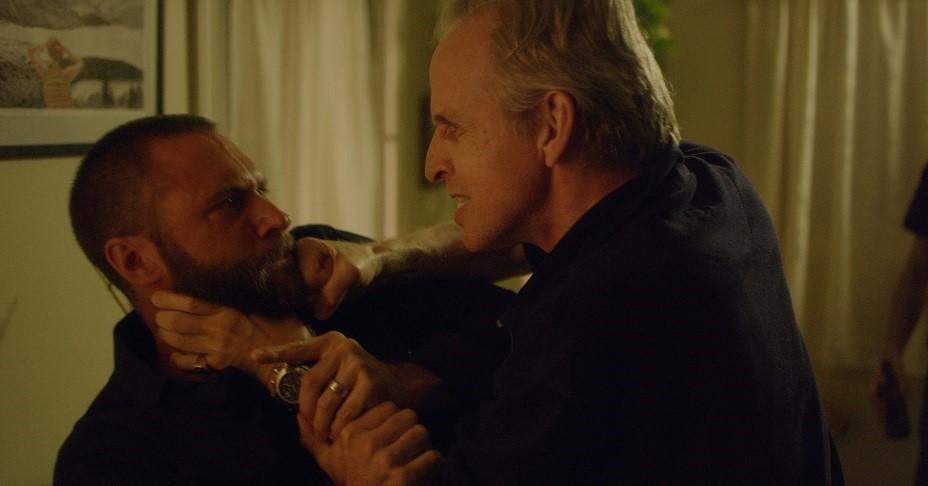 The supporting cast of Crown and Anchor is absolutely amazing, turning in strong performances of blue-collar Irish kin who are given to unleashing playful jabs that often go too far. Robert Joy as the joking bully, Doug is the man you love to hate, letting out decades of regret in short, cutting comments meant to provoke anyone who comes too close. 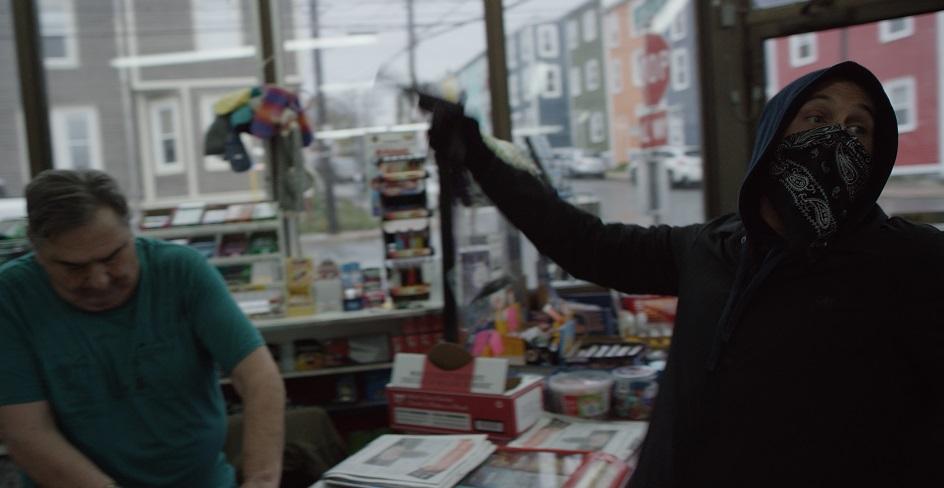 Giving a different, but equally compelling portrayal of family man, turned desperate criminal is Matt Wells as Danny. Haunted by abuse as a child, Danny is all bravado and no backbone, clumsily robbing local stores and getting into drug dealing while continue to sample more and more of his own product. Wells displays a vulnerability that is at once pathetic and heartbreaking, with his poor life decisions creating problems at home, as well as with his supplier. 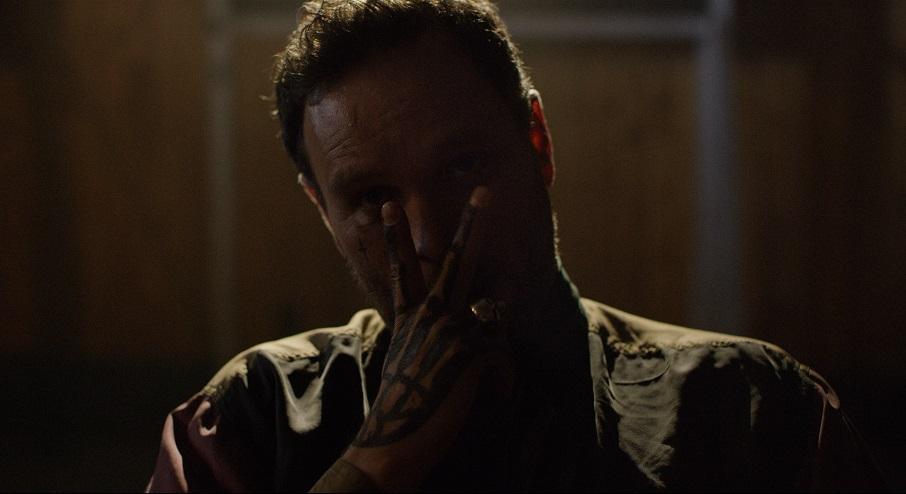 Ben Cotton as the psychotic drug lord, Charlie is absolutely chilling in his role of the puppet master pulling Charlie’s strings. Sporting a thick Irish brogue, Cotton makes the most of his meaty dialogue, injecting menace and myrth into every line as he switches from off-kilter prankster to deadly serious drug czar. A character seemingly ripped out of a Guy Ritchie film, this small-town Scarface relishes not only in intimidation, but playing mind games with Danny, driving him further into the criminal lifestyle. Though his scenes are few, Cotton’s time on screen is a major highlight of Crown and Anchor’s run time. 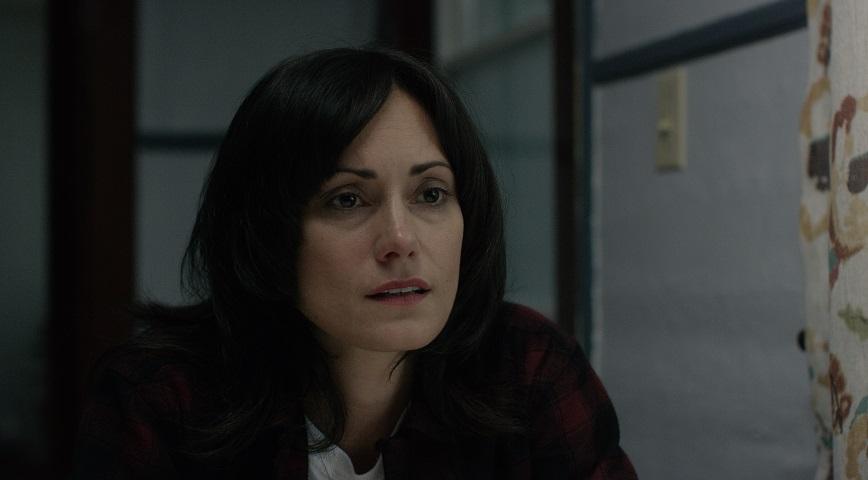 Life at home isn’t any easier as Danny’s loving wife, Jessica played by Natalie Brown is onto him and with pain in her heart and power in her fists tries to keep her husband on the straight and narrow. Brown is asked to do much more than play the put-upon wife however, actively exploring her past relationship with Jimmy in some great scenes that leads to the ultimate confrontation between the cousins where Danny’s insecurities about being the second choice for her affections leads to more violence. 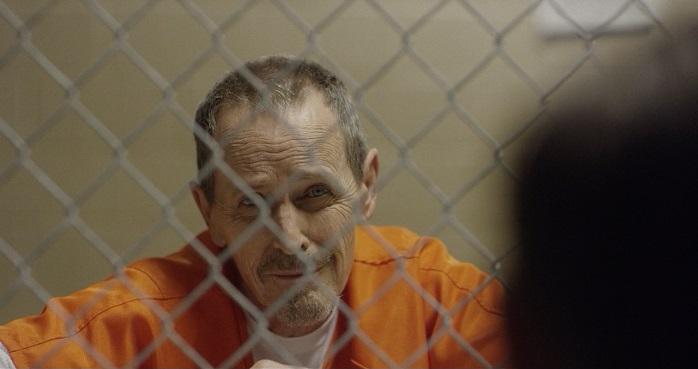 Crown and Anchor is a well written film with clever dialogue that carries the plot along, slowly unraveling the truth behind each character’s motivations and placing temptation in their way. Rowe is constantly being asked by those in his circle to play vigilante to remove the growing drug problem from the streets and his final decision creates a whole new set of problems. 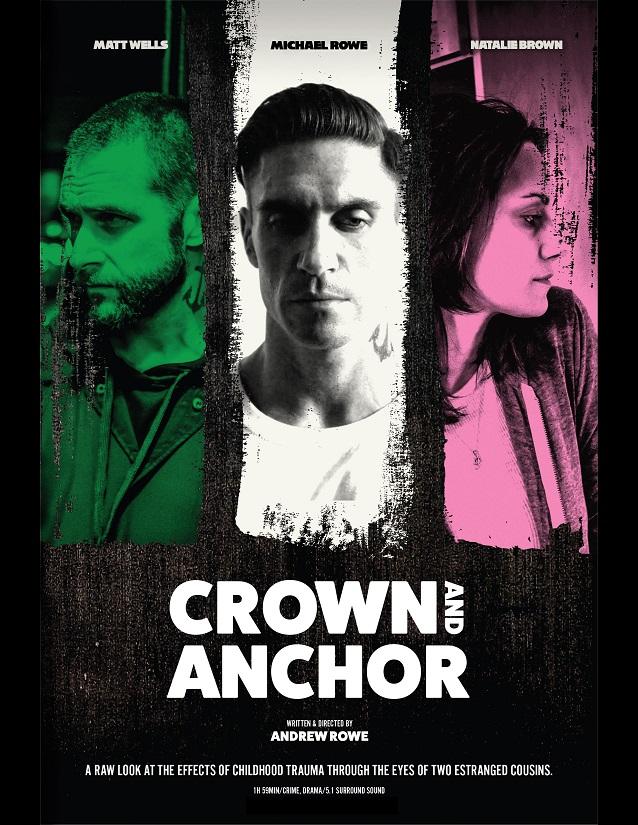 If I’m being honest, Crown and Anchor is the best film I’ve been asked to review in a long time. Frankly, it feels like a film. Great performances top to bottom from a cast that’s worthy to be in front of a camera, a fantastic script that opts for character development rather than exposition and visual style that gives the film a reason to be seen.

If you’re looking for a fresh, sincere take on the familiar themes of drugs, crime and family drama, seek out Crown and Anchor on DVD and Digital July 2nd from Uncork’d Entertainment.