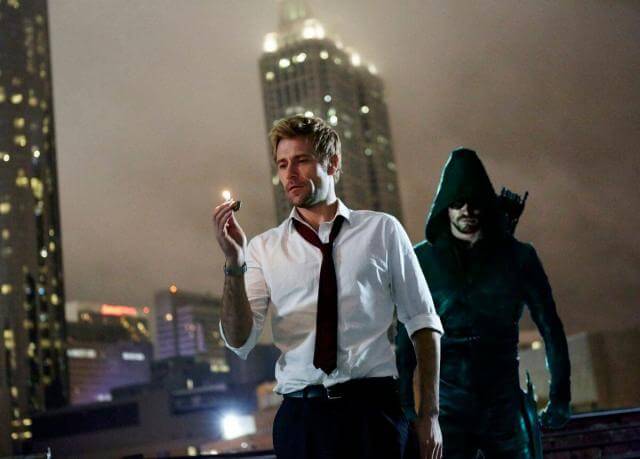 Many comic book fans were saddened the other day when it was revealed that NBC had cancelled Constantine. Rumors were going around that DC was shopping it to other networks, but that’s never a guarantee. However, a certain “vigilante” from another DC Comics show has offered to help out if someone decides to “Save Constantine.”

Said one Stephen Amell on his Twitter feed: “#SaveConstantine — Hey TV Networks / Netflix and the like… If you pick up the show, I’ll guest star.”

Oh, and don’t think he’s joshing because he’s not. Amell is actually quite serious. In fact, there was apparently talks for him to cross over with Constantine anyway should the series continue. Amell elaborated on that at Wizard World yesterday (via ComicBook.com):

“Now, Constantine was an NBC show. I’m on The CW. I had had discussions with DC… so not NBC, not CW… but with DC Entertainment about guest starring on Constantine when it was still on the air. And that was and is still on the table.”

Now in case you’re sensing a “cop-out” kind of thing where Arrow just happens to meet Constantine, that apparently wasn’t the case according to Amell:

“The reason that I was going to guest star on Constantine, at least the idea that we were throwing around was he’s an expert when it comes to the Lazarus Pit, which is now something that is a part of and will continue to be a part of Arrow.”

So there you go. The potential and desire to #SaveConstantine is still alive. However, we’ll have to hope that someone sees the potential of the series continuing.