Adventure Time seemed to be ending for good about a year ago. Cartoon Network never officially billed the last episode as the LAST episode, referring to it as “The Ultimate Adventure” instead, but given the seismic events and the wrap-up of everybody’s arcs, all signs pointed to the show bowing out. There was also the fact that it wasn’t in production anymore.

Well…now it is! The beloved series has been unexpectedly revived in the form of a four-movie miniseries. Each episode will be an hour in length (without commercials) and focus on one Adventure Time character:

By the way, the reason these specials will be commercial free? This isn’t meant for Cartoon Network (even though CN Studios is producing it). It’s an HBO Max show, a development you should have seen coming given that almost every announcement WB has been making for the past two weeks concerns a show either moving there or starting there.

“The enchanted world of Adventure Time has mesmerized viewers and critics alike as Finn and Jake right wrongs and battle evil,” said Sarah Aubrey, head of original content, HBO Max. “The addition of these specials to the HBO Max kids and family programming lineup is sure to make kids everywhere say ‘Slam-bam-in-a-can!’”

Ten years ago, Finn and Jake saved Cartoon Network. Can they pull off a similar feat for HBO Max before it gets off the ground? We’ll see. The first two specials in the Adventure Time miniseries will debut in 2020, while the other two will take until 2021 to be completed. 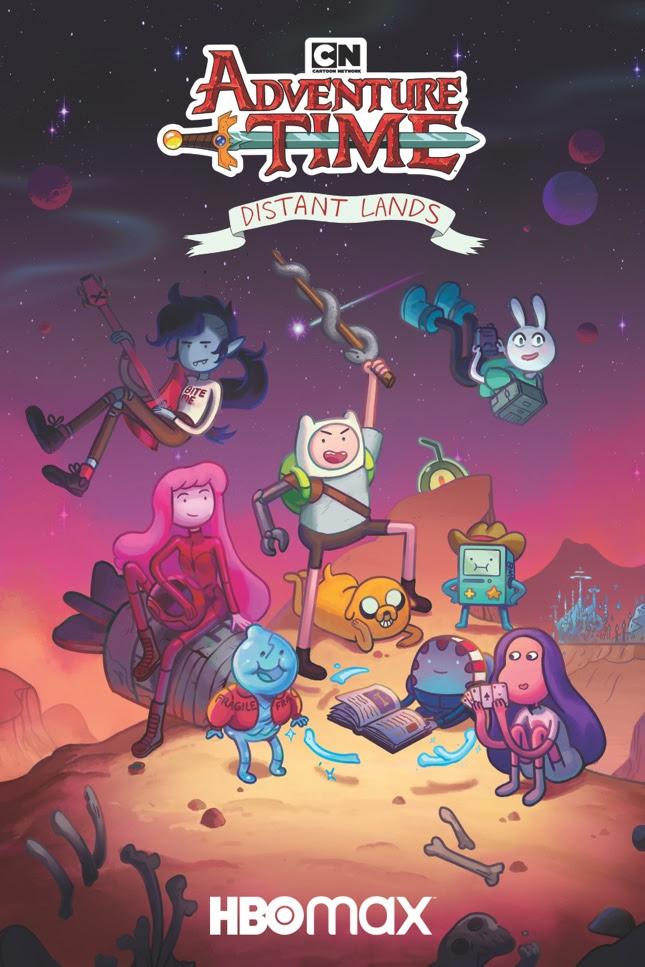