Warner Brother uses to not take the Snyder cut fans seriously that they even trolled them with this angry nerd character from the Harley Quinn series. 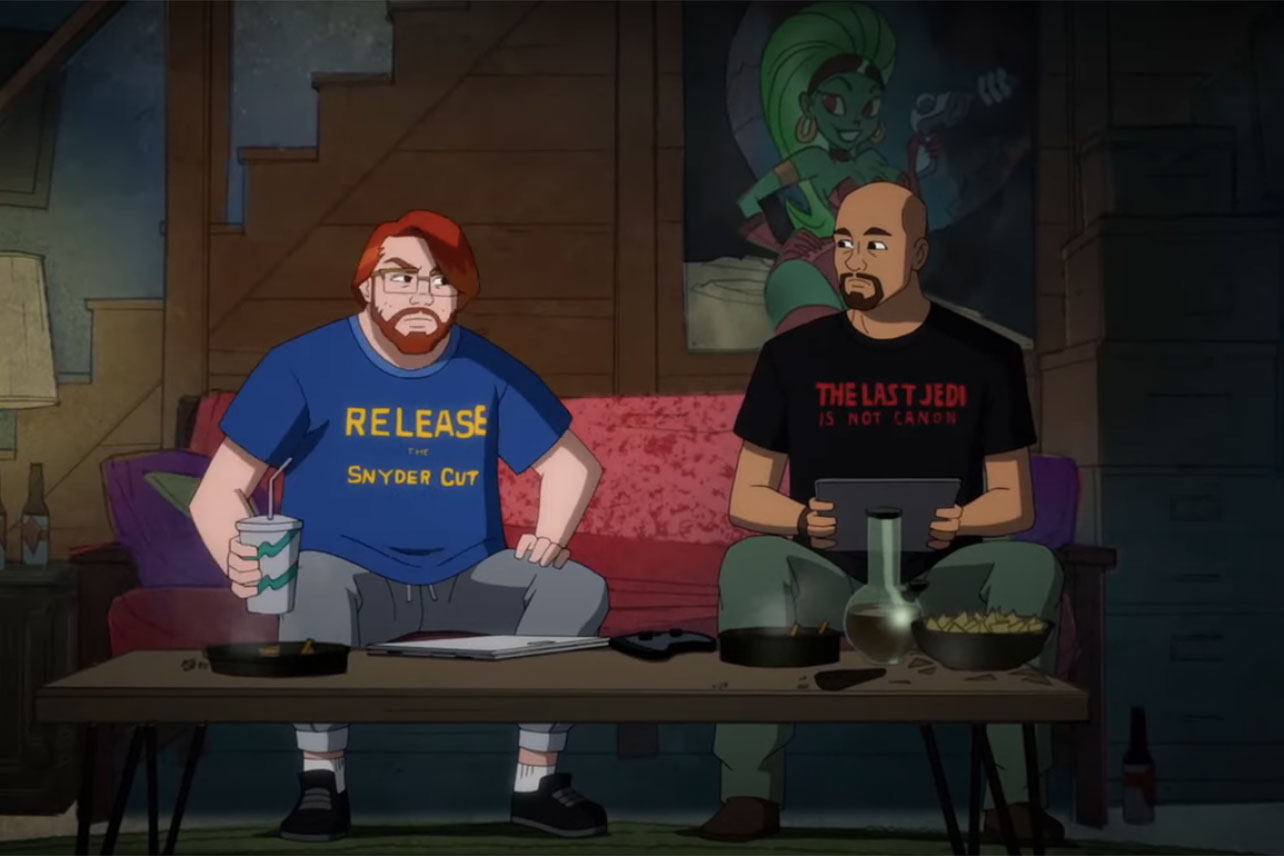 That trolling though leads to higher social media campaign from the fans. So Warner Bros and DCEU gave in and make this dream happen.

These scenes are some comparisons between the final version of the movie aka Whedon cut vs the Snyder cut.

Whedon cut is more bright and colorful while the Snyder cut is more dark and edgy and that is cinematography alone.

They are the same movie but they have a different atmosphere and execution. There used to be rumors that Snyder was fired from the project after Warner Brothers executives didn’t like what he made by far because it’s too dark. That has been debunked because Snyder’s reason to quit the movie is the suicide of his twenty-year-old daughter autumn. He needed time and space to mourn this personal tragedy. When Joss Whedon gets the project he decided to make reshoots and have his direction and he did changes with the plot as well.

The Snyder cut is not a complete movie so Zack Snyder along with the original cast of the movie did some reshoots for new scenes and some of those scenes might completely change the plot of the film. To make it a different watching experience from the Whedon cut. The Snyder cut will be released as a 4 part limited miniseries for HBO max instead of a movie.

As Supergirl ends in Season 6, Superman will be back in primetime. Among us 2 got cancelled but…….