The side scrolling beat ‘em up was one of the most popular types of game in the early history of gaming. Consoles had a steady stream of these games releasing every year while arcades were dominated by the genre. Despite this early success, beat ‘em ups have largely fell out of favor in recent times and, with the exception of a few hits like Castle Crashers, there hasn’t really been much for fans of the genre to celebrate.

Wulverblade sets out to change that. Taking place in 120A.D. it sees players taking on the role of one of three tribal warriors who are fighting back against the Roman army that has invaded Britain. As you would expect from a beat ‘em up, the action largely revolves around fast-paced combat as you try to crush the huge number of enemies that stand in your way. 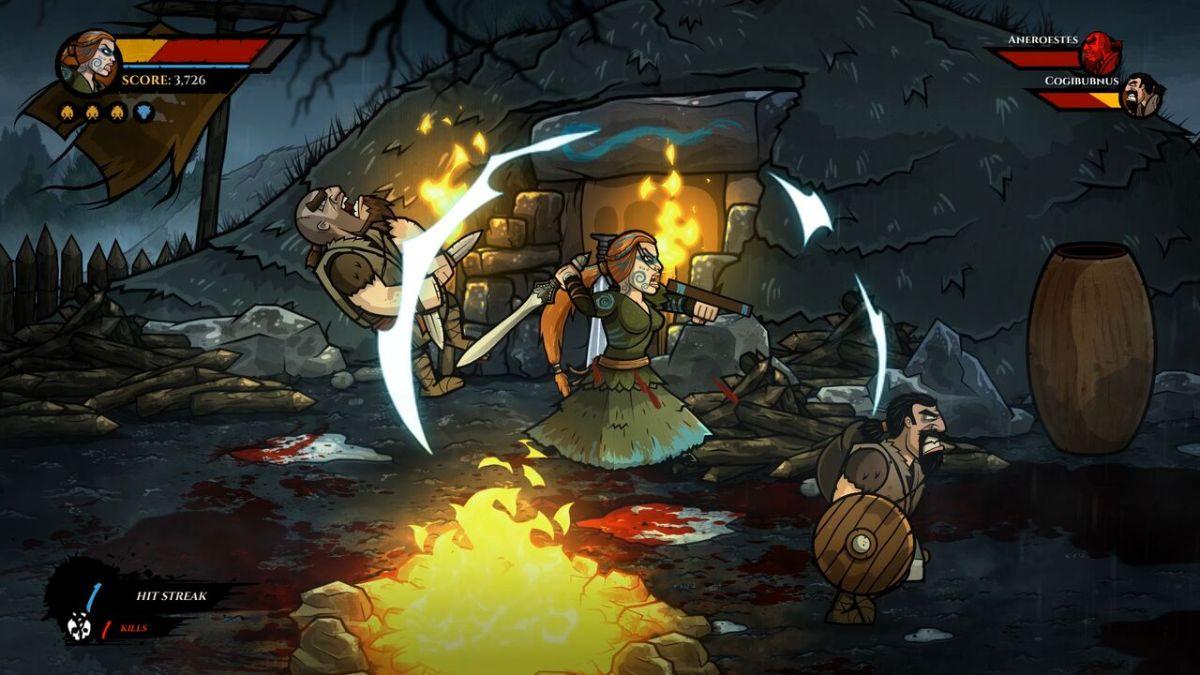 The first interesting aspect of Wulverblade is the character selection. Each of the three, Caradox, Guinevere, and Brennus, all come with a different skillset. One is a speedy fighter who can move and attack much more quickly than her compatriots while another sacrifices swiftness for sheer strength. The final character, Caradoc, is a balanced fighter who doesn’t excel at any particular discipline. This variety in the characters allows you to have a diverse approach to the game. You can mix up your own playstyle to decide exactly how you are going to go about playing the game.

The actual combat is also very satisfying. You can practically feel every contact you make against the enemies. It also involves plenty of strategy thanks to the different attack options. Simply spamming the normal attack button will not get you very far. Instead, parrying, dodging, and switching up between different types of swing are necessary to beat the enemies. The ability to throw a collection of weapons and items as well as counter attacks and grapple other characters also adds a further layer of complexity to proceedings that keeps everything fresh and rewarding. 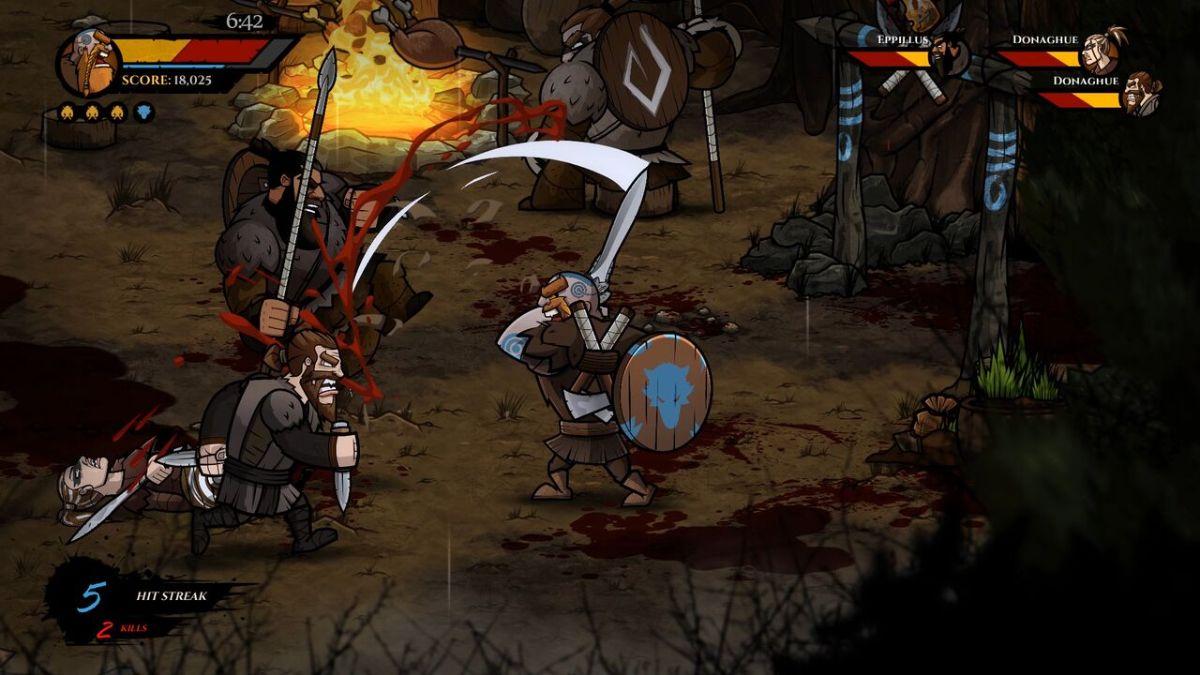 Despite the fluidity of the controls, Wulverblade is no walk in the park to play. It’s incredibly easy to become overwhelmed when the number of enemies on screen starts to increase dramatically. Getting cornered is a real concern and the different enemies can provide a real problem with their unique styles and abilities. While there are relatively few checkpoints on each level to save progress, they are spread around in an effective manner so that it doesn’t get too frustrating if a death occurs.

What is useful is the automatic checkpoint that always arrives just before a boss battle. These are something of a necessity considering how challenging most of the end-of-level encounters are. Bosses also offer a chance to really get creative with strategies as they have set attack patterns and multiple health bars. This also means that you get plenty of time of experiment and try to find the best way of dispatching of each of them. Its disappointing that the bosses are not more creative but its a small complaint.

For a beat ‘em up, Wulverblade also has a rather deep story. It takes place in a setting that seems ripe for exploration but has rarely appeared in video games despite the infamy of the Roman Empire. The developers clearly did their homework as most of what takes place is historically accurate. There are a few interesting twists along the way that make it worth playing through. 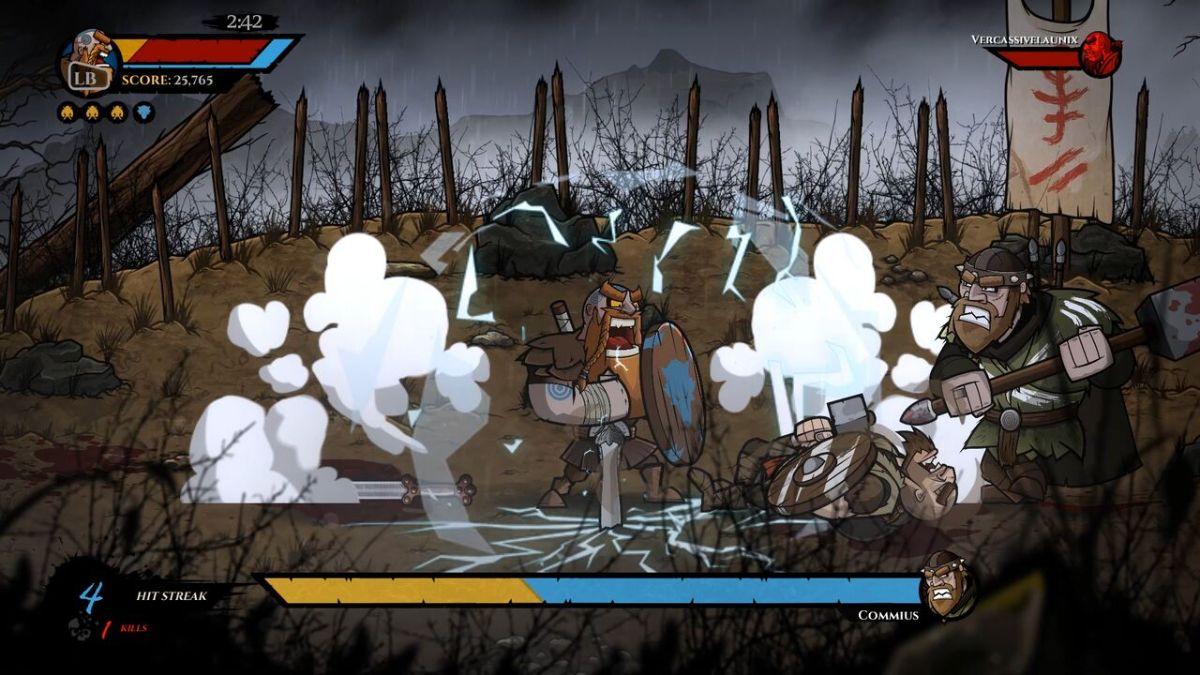 As well as the great gameplay, it is the presentation that really makes this game stand out. The graphics are gorgeous, with each location having a truly outstanding amount of effort put into bringing them alive on screen. Combined with the beautiful animations of the characters, Wulverblade is a truly stunning game to look at. The sound design is equally as impressive. The voice acting is up there with the best story-driven games available while the various effects and enemy characters are constantly crying out with unique calls.

There’s certainly plenty of content in this rather small package. General replayability comes from the fact that you can play the game so different with each character. However, there is also a wide array of collectibles scattered throughout the levels that don’t just provide a reason to go exploring but also add insightful entries to your database. The extra game modes also make sure that once you finish the main story there is still lots of do.

Ultimately, Wulverblade has set the bar for modern-day beat ‘em ups. With impressive visuals, impeccable sound design, and excellent gameplay, it is a must buy for any fans of the genre. Just be prepared to die a few times from the harsh enemies that you’ll encounter.

This review is based on a digital copy of the game provided by the publisher for review purposes.

Sifu is bringing back  the  beat ’em up  video game genre back. In a world where most games are multiplayer shooters, It is nice to see this genre of game getting some love again. Sloclap, A French game developer had been working on this game for years. The game is

Take It To The MAD STREETS On XBox

A relative newcomer to the video game market, Craftshop Arts Inc, has launched their first console title, Mad Streets, on XBox consoles. The game takes place on the campus of Gutsford University, where everyone’s studying for their degree in brutality. Enemies to watch out for belong to various cliques like

We’ve been (im)patiently waiting for developer Shedworks’ Sable since it was first announced way back in 2018. There are so many games out there, with so many styles, that calling something a “unique look” really means something. Sable, somehow, meets 2021 standards of unique. Its spare cel-shaded visuals are rendered