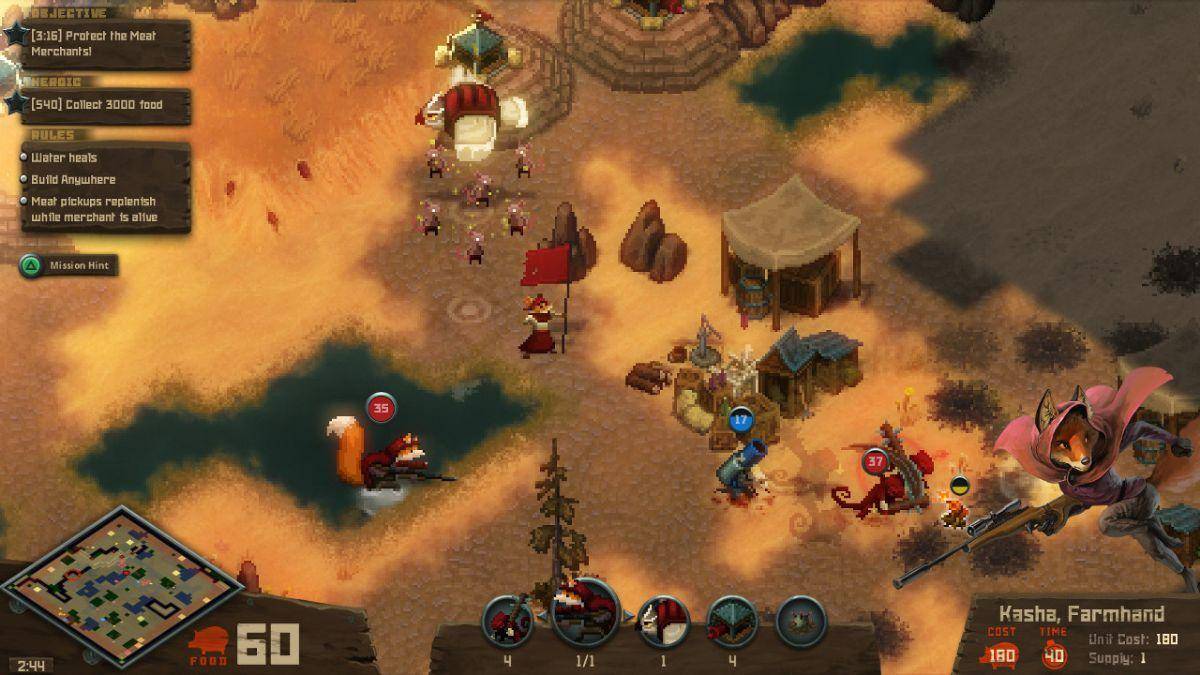 Tooth and Tail is a real-time online strategy game on Playstation 4 and PC where the characters are all animals in armor. Various soldiers at your disposal include rats, owls, boars and such. The game has been a proven success for developer Pocketwatch Games, and now the indie studio has crossed a new threshold by achieving PS4/PC crossplay — something rarely seen in AAA games, let alone indie efforts.

“So few games allow for multiplayer between PC and consoles,” says the official statement from Pocketwatch. “As the first third-party game to use GOG Galaxy’s matchmaking to power PS4/Steam/Galaxy crossplay, Tooth and Tail’s community is alive and feasting.” The feature launched this morning at 10 AM Pacific / 2 PM Eastern.

Pocketwatch is hard at work on other improvements with Tooth and Tail too. They’ve launched events like the PVP-Campaign, introduced the Tooth and Tail League, and other endeavors to keep the game’s community lively and active.

Tooth and Tail is available on PS4 and PC through the Playstation Network, Steam and GOG. The PS4 version is currently on sale at $11.99 (regular price $19.99).