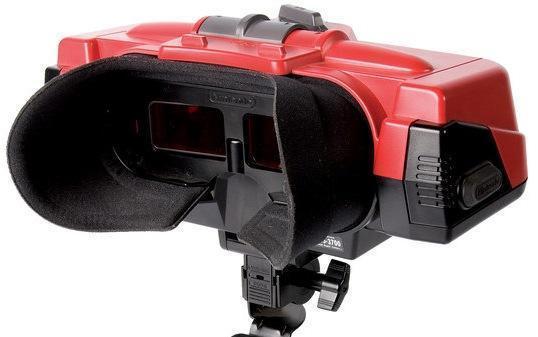 The website Nintendo Life discovered something odd about the Virtual Boy was revealed in an old interview with its creator, Gunpei Yokoi. Published in an issue of Edge Magazine from 1995, Yokoi revealed why the VB lacked a feature that nearly every other VR device used at the time: head-tracking. It turns out the Virtual Boy was made stationary out of concerns women’s makeup would smear on it.

We didn’t think that a head-mounted display would be necessary for a virtual reality system that doesn’t use any kind of motion tracking facility. We are worried about the possible dangers of HMD technology, but we also considered the fact that if a woman wearing make-up was to use the head-mounted design, the next person might be hesitant in wearing it! So, we changed the design so that you can just look into the viewing apparatus and still appreciate the 3D experience. The standard format was shown at the Shoshinkai show, but we have plans for a shoulder-mount adaptor so you won’t need a table or desktop to use the system.

Yokoi’s efforts were in vain. People who have used the Virtual Boy have complained that the visor catches skin oil and sweat easily and makes for a yucky experience when multiple people use it at once. It likely behaved the same way for makeup.

A sketch of that shoulder-mount adaptor exists, by the way. It was never produced, likely for good reason: