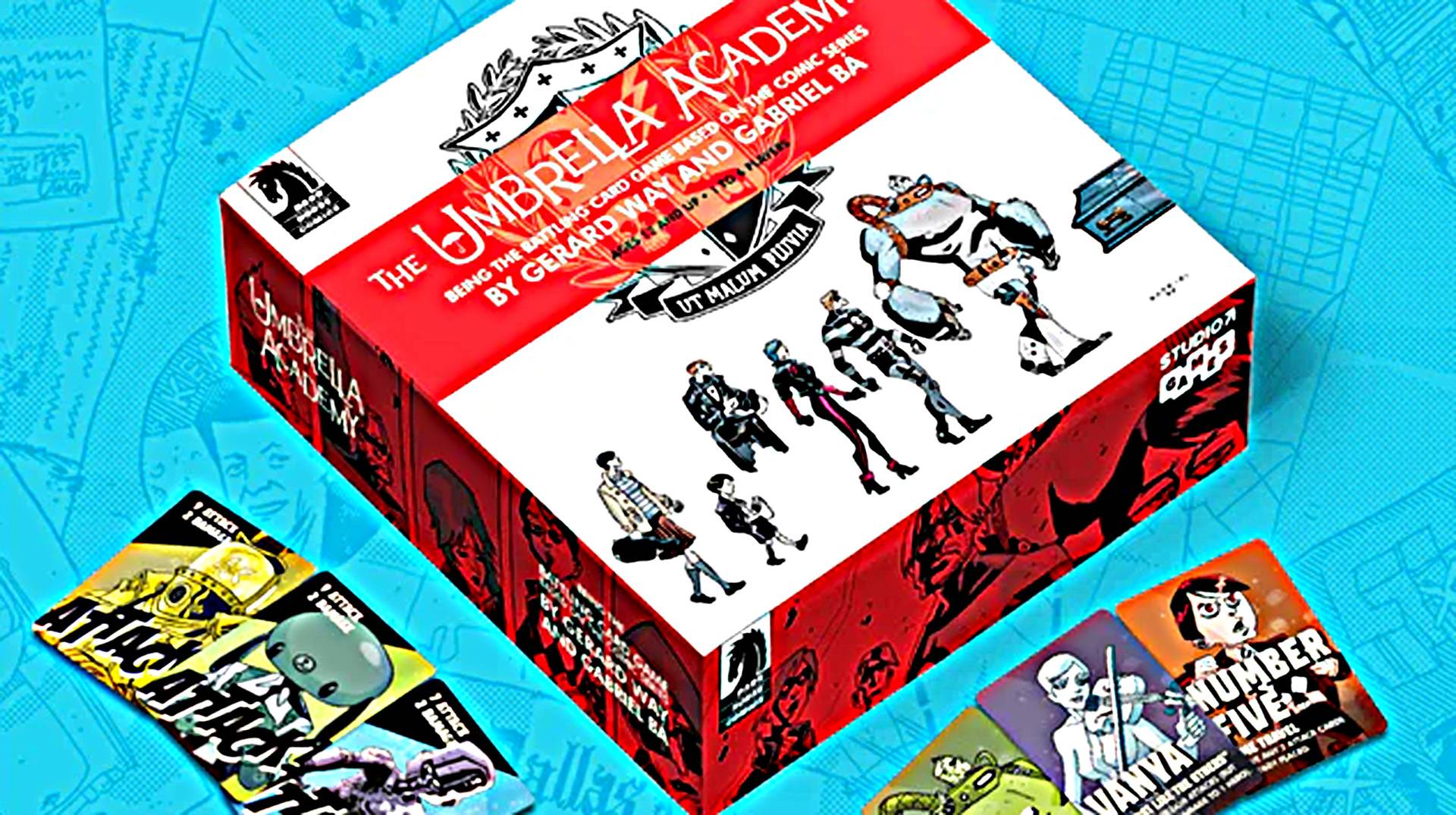 In a few days Netflix will debut the second season of their Umbrella Academy TV show, based on the comic series by Gerard Way and Gabriel Ba. You could watch this family of superhero wannabes have adventures, or you could live them. The experience will soon be replicated in the form of a tabletop card game, and it’s on Kickstarter this moment.

Here’s how to play: Up to six players assume the identities of the Umbrella Academy members. A Hero card tells your identity, a Life Card shows how healthy or damaged you are and Hero Attack cards let you strike at enemies with your powers (or in one case, lack thereof).

But your problems aren’t just the bad guys…it’s each other! Each round starts with the turnover of a Dysfunctional Family Card that tells you what petty conflict the gang will be fighting over WHILE they’re trying to stop the villains. We think it’s both clever and hilarious this is worked into the game mechanics.

The campaign for the Umbrella Academy Card Game launched this very day and hit its goal in less than an hour. One standard copy of the game costs a $25 pledge, or you can get the Deluxe Kickstarter Exclusive Edition for a $45 pledge (includes a unique game board, eight extra tokens and all stretch goal content). The Collector’s Edition is $75 and comes in a special box with extraneous items like pins inside, plus a copy of Volume 1 of the comic (which if you’re spending this much, you probably already have).

Studio Games and Dark Horse plan to ship the Umbrella Academy Card Game in December of this year.

Things From The Flood Is Creeping Your Way This Spring