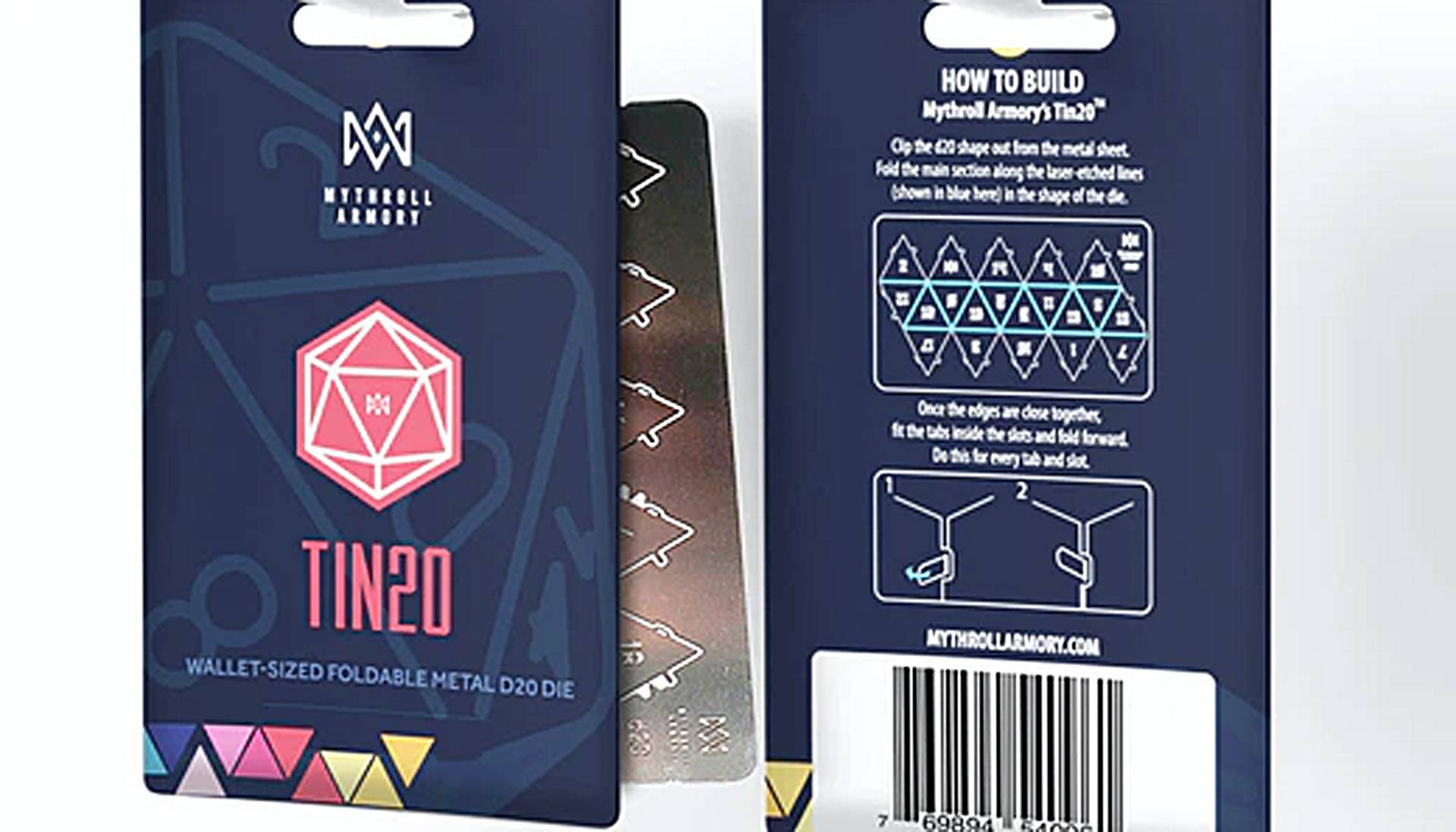 Picture this scenario: you and your friends are settling down for an epic night of D&D adventuring when you realize the D20 dice are missing. Did they roll under the couch? Nope…just dust bunnies under there. You could have sworn they were in the box the last time you saw them. What do you do now? Fortunately, one of your friends announces they always carry a spare…and they reach for their wallet.

How could they fit a set of D20 dice in such a flat space? With the Tin20…a new invention currently being crowdfunded on Kickstarter. It’s a small sheet of thin metal through which you can quickly punch out, fold in and assemble a D20 die.

The creators of the Tin20, who refer to themselves as just Joel and Dave, say “[We] were driving back from picking up a 3D printer when we started discussing “laser cutting” on higher-end printers. That gave me the the idea of designing dice shapes which you could fold and use at the gaming table. I said “Ooh… Dave! We could design origami dice which fold into the shape you want from a flat sheet!” That set us upon a path to discovering the process and designs of metal puzzle figures and 2 months of prototyping later, HERE WE ARE!! The Tin20 is ready for the big-leagues!”

The campaign wraps August 1. Get your Tin20 by heading here.

The Hyper Parasite Kickstarter Has Launched

D&D DM Tips: Essential Gear – For Those About To Roll,...

Kickstarter Wrapping Up For Space Bastards