Put on your atomic space helmets and warm up your vacuum-tube powered Communist Deflectors: a lost piece of fifties sci-fi cheese is about to be rereleased on Blu-Ray. The Brain From Planet Arous has been given the 4K treatment and a list of new special features, thanks to Cinedigm.

When you think of a typical 1950s B-movie, this kind of film is the first to come to mind. In fact, it sounds a lot like what Hogarth was watching near the beginning of The Iron Giant, but that was probably not SPECIFICALLY meant to be this (for one thing, that movie was set in 1957, the year Brain From Planet Arous came out, so it’d have to have a VERY quick dump from theaters to TV).

Get ready for planet Earth to be overtaken by a criminal brain from outer space! When Gor, an evil brain from planet Arous, inhabits the body of scientist Steve March (John Agar), his intention is nothing less than world domination. Lucky for Earth, another intergalactic brain, Val, offers to assist March’s wife, Sally (Joyce Meadows), in stopping the madness. How does Val intend to help? By inhabiting Sally’s dog!

They managed to find at least one person involved in this film who is still alive: Meadows, who played the wife. She provides a new feature-length commentary alongside historians Tom Weaver, David Schecter and Larry Blamire. Other bonuses include two featurettes about director Nathan Jurian, a bonus booklet with an original essay by Weaver, and two versions of the film: the original 1.85 theatrical format and the 1.33:1 full frame format that was made later.

The Brain From Planet Arous invades our galaxy again June 21 on Blu-Ray. 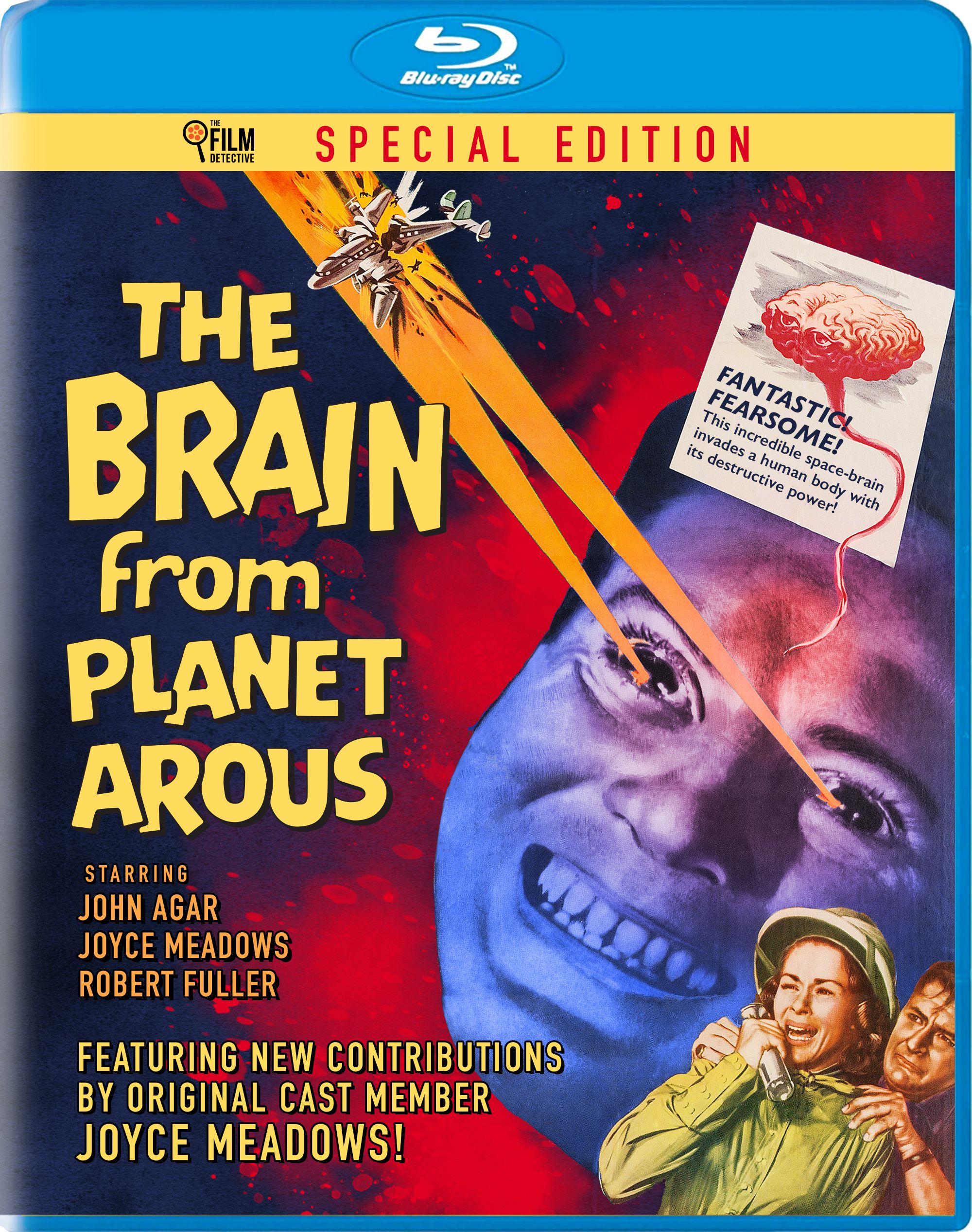 Vought international from “The Boys” have a verified Youtube channel and its disturbing Transformers: Shattered Glass II Coming This August