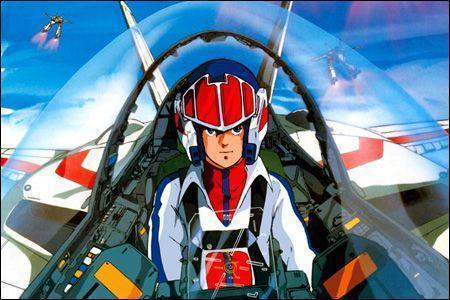 Some people became anime fanatics through Pokemon; others through Dragon Ball Z. But the original American otaku blossomed out of Robotech, the syndicated cartoon in the 80’s from a time when barely anything Japanese got on the international airwaves. It was one of the few cartoons to gain a sizable adult audience in the 1980’s, since the level of drama, action and suspense in Robotech couldn’t be matched by He-Man or GI Joe. Now Sony has announced plans to turn Robotech into a live-action movie. Or two. Or seven.

I’m sure some will point out that it’s odd for a Japanese company (Sony) to be interested in adapting Robotech instead of Macross, or the other two anime that were stapled together with Macross to create enough episodes for the syndication deal that allowed the series to be translated in the form it was. The problem is that “Robotech” is a stronger global brand than “Macross” is, therefore, better brand recognition and more $$$$$. Also, some people just prefer the American mangling to the original.

The word “franchise” was thrown into Sony’s public statement, but I would pay it no heed. Franchises are the craze du jour thanks to Marvel and Disney nailing it, but the reality is, turning a movie into a franchise of movies takes a LOT of work. Much more work than Hollywood is willing to commit to. They forget some of the first films intended to start the Marvel franchise (like Iron Man 2) flopped. It would only take one Iron Man 2 equivalent for Sony to give up on their Robotech plans, just like it took only one Amazing Spider-Man 2 for Sony to say “Spinoffs and sequels? For THIS version? Ha ha, when did we ever say that? We never said that!”

This is not the first time a movie studio has expressed interest in making a Robotech movie. Warner Bros. had the concept in development hell for years, at one point promising Nic Mathieu would direct before ultimately passing.