Pirates of The Caribbean 3: At World’s End wasn’t very good, but at least it capped off the story of Will and Elizabeth nicely and sent them off to a happy ending. In the climax of the picture Will nearly died, but his life was saved by taking on the title of Captain of the Flying Dutchman. That makes you immortal, BUT you can only walk on land once every ten years. According to a filmed scene, though, his new marriage created a loophole. If Elizabeth waited for Will all of those ten years and remained faithful to him, he would be returned to her arms permanently.

The explanation was cut from the final picture, but if you watched it all the way to the end, a post-credits scene revealed this is exactly what happened. Elizabeth and a ten-year-old boy (their son) stood on the shore, the Flying Dutchman appeared, and Will got off. Happily ever after, right? Especially since Disney founded its empire on happily-ever-afters? …Unfortunately they can’t stop making Pirates movies.

A brief scene was just released to Disney’s Pirates Twitter account that shows Orlando Bloom back in the role of Will Turner, covered in barnacles on the Dutchman and not looking happy. When I saw this, I thought “well, then, this movie must take place within the ten years when he was there, right?” 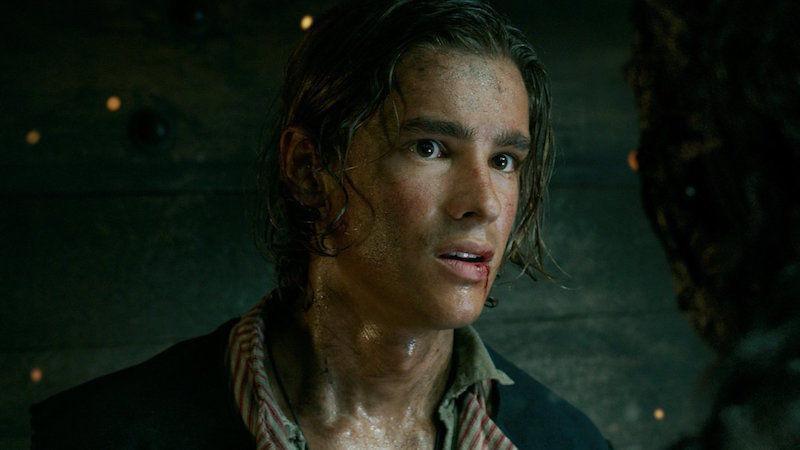 That theory falls apart when you meet Henry Turner, pictured above. This is the son he had with Elizabeth, and he is way older than ten (not too much older, but old enough). It’s believed Henry’s goal in Pirates 5 is to track down his long-lost father, which would mean he’s still on the Dutchman….so Will and Liz’s happy ending has officially been retconned. Because money.

I wouldn’t be surprised if Elizabeth is also dead in the time of this movie…we’ve heard nothing about Keira Knightley appearing in it and it comes out in less than two months. So she cheated on him and than she died? I was feeling Sparrowed out anyway, but this definitely has me avoiding a ticket.

Pirates of the Caribbean: Dead Men Tell No Tales premieres May 26.