Marvel worked some real wonders with its licensed toy comics back in the 80s. It was standard back then for a toy company to bring them an action figure and say, “Figure out this character’s story….here are a few basic beats, now just go nuts.”

The Gen-1 GI Joe and Transformers comics are beloved for this reason. There was also the great ROM: Space Knight, a comic that’s sadly tied up in reprint limbo (Marvel owns the original characters created for the comic, while Hasbro owns ROM, and they won’t work together).

Let’s not forget Micronauts, which was brought to life by the killer creative team of Bill Mantlo and Michael Golden. IDW didn’t forget, and is reprinting some of the best issues of the series in a special hardcover volume, with a special focus on Golden’s art.

Michael Golden’s Micronauts Artist’s Edition contains issues 3, 7, 8, 9, 10, 11 and 12 of Micronauts, as well as an extensive gallery section of more than a dozen covers, art rarities and additional pages. The book measures 12” x 17” and weighs in at 184 pages. It’s the first time these comics have been reprinted since they were first published.

“A Micronauts Artist’s Edition has been a holy grail for many comic art fans since the AE program was launched,” says PDW editor Scott Dunbier. “We are delighted that we can bring this book to fruition.”

Michael Golden’s Micronauts Artist’s Edition will be released this June from IDW. 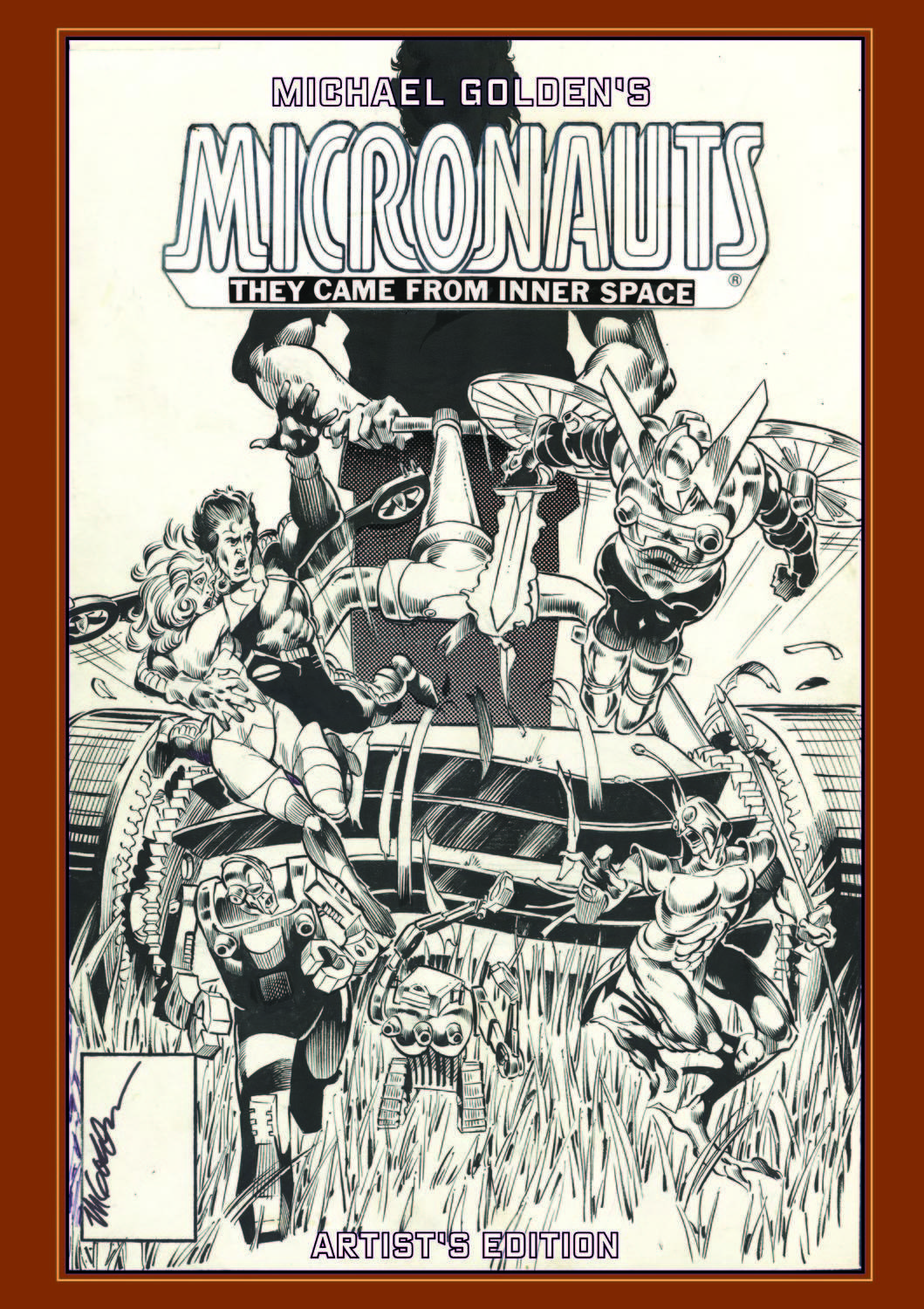