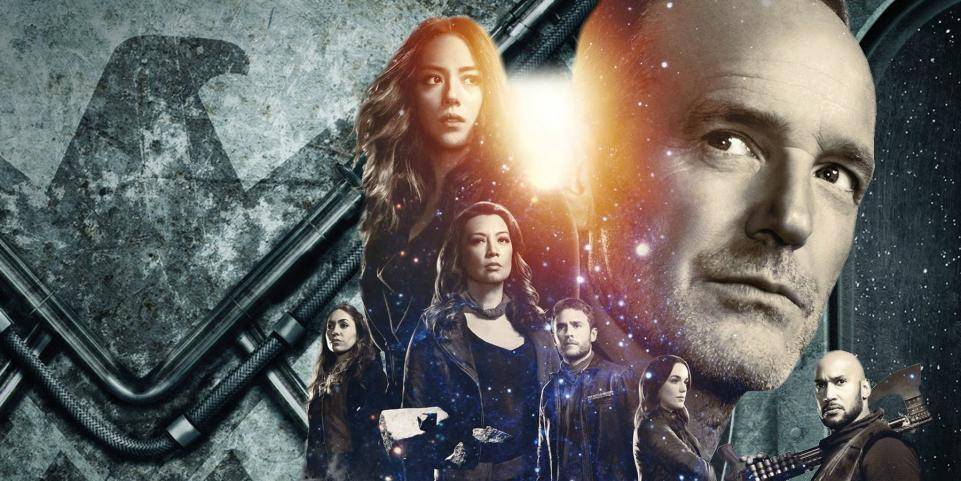 This latest week of television news has been nasty, with cancellations being fired out left and right and casualties piling up like soldiers of war. Brooklyn Nine-Nine only survived the chopping block because fans pleaded with its executioner to let it live. Other shows with less active fanbases weren’t so lucky.

Thus we’re pleased to report that, somehow, Marvel’s Agents Of SHIELD survived the bloodbath and will be returning next season, thanks to Daisy’s quick thinking, a formula from FitzSimmons and a last-minute bullet-time rescue from Yo-Yo. Good work, guys!

This latest season sure feels like it’s rushing to a definitive conclusion, with romantic tensions being resolved and characters having conversations like “Remember when X and X and X happened?” The latest villain is an all-powerful Uberman destined to blow the entire planet apart if the Agents can’t find a way to stop him. It’s the kind of thing you write when you figure you’ll never be expected to top it.

But while all this is going on, the events of Infinity War have been repeatedly hinted at to be happening concurrently. Anyone who’s seen the movie knows what this means, and anyone who hasn’t seen it also knows what it means because the entire Internet mercilessly spoiled it for them. If the would-be “series finale” actually ends with half the Agents dissolving, that would be a rotten way to close the book, wouldn’t it?

Be fear not! If it does play out that way, we’ll have at least 13 more episodes to fix it, though the solution will likely be out of the Agents’ scope. Call Captain Marvel!

Runaways Running Back To Comics