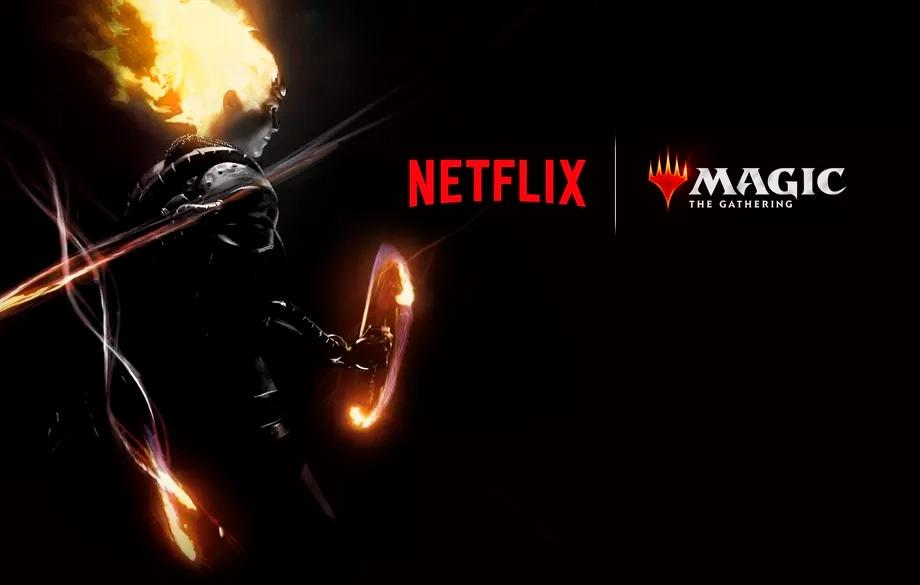 After directing the biggest hit of 2019 (so far), Avengers Endgame, what’s next for Joe and Anthony Russo? Today we found out the answer: they’re now working on an animated Netflix series set in the world of Magic The Gathering.

Henry Gilroy (Star Wars Rebels, Star Wars: The Clone Wars) and Jose Molina (The Tick, Jordan Peele’s Weird City) will serve as head writers and also showrunners, alongside supervising director and co-executive producer Yoriaki Mochizuki. The animation will be brought to life by Canadian studio Bardel, whose work is all over TV animation of the last ten years (name a show, Bardel probably animated at least part of it).

No one knows yet what the storyline for this Magic The Gathering show is going to be about, but given that the one piece of promotional art released by Netflix depicts Chandra Nalaar, it’s a safe bet she’ll factor into the main plot in some way.

“We have been huge fans and players of Magic: The Gathering for as long as it has been around, so being able to help bring these stories to life through animation is a true passion project for us,” says the Russos in a press release. Adds Isaac Krauss of production company Octopie Network, “Our goal is to not only tell a compelling story leveraging Magic: The Gathering’s incredible body of work, but to also push the medium and perception of storytelling through animation. This series will cross the genres of suspenseful thriller, horror, and drama with deeply developed characters the likes of which are not often seen in animation.”

Actually, while serious and mature themes are foreign to most American animation outlets, they’re no stranger to Netflix: the Castlevania cartoon, The Dragon Prince (also by Bardel) and Love Death & Robots are three recent examples. If the Russos came to reinvent the wheel, they’re a bit too late.

More news on the Magic The Gathering animated series as we receive it.