Bunkheads, the new zombie apocalypse sitcom available on Amazon’s Prime Video is a throwback to the classic sitcoms of the 70’s, 80’s and 90’s that will have you laughing so hard you’ll bust a gut, literally. But be careful, all those organs spilling out are sure to attract the undead or those looking for comedy that could only be conceived in our current media landscape.

It’s seems we’ve reached the saturation point of Zombie pop culture with nearly 10 years of The Walking Dead on television, Zombie Run events held annually in major cities across the country and Plants Vs. Zombies close to being considered a classic video game. Somehow in this world of ours Zombies are as culturally accepted as Minions, with Kindergartners to Grandparents getting a chuckle out of their shuffling, brain-munching antics. 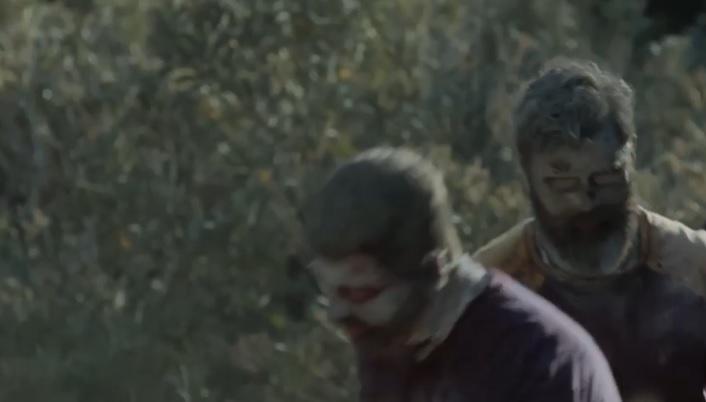 Given the fact that zombies are no longer relegated to splatter filled horror films by George Romero and Paul W.S. Anderson, but are taken for granted as a source of family entertainment, it seems only natural that an Indiegogo campaign for a sitcom set in a bunker following a zombie apocalypse would get funded for a 6 episode run on Amazon’s streaming service. 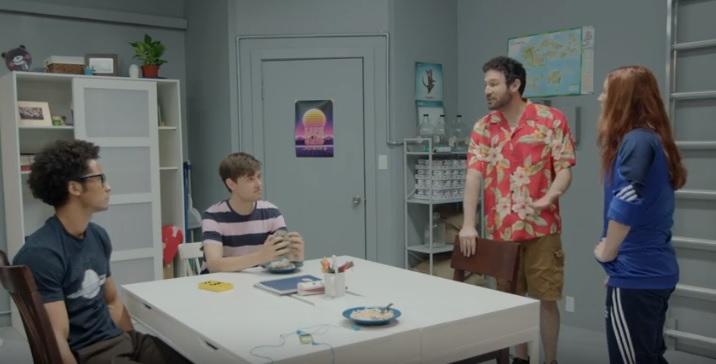 Bunkheads tells the tale of three male survivors and a lone female who have to pass the time in an underground bunker, while learning about and dealing with each other’s quirks. It’s Three’s Company meets I Am Legend with a cast of charismatic unknowns who make the most of their four concrete walls. 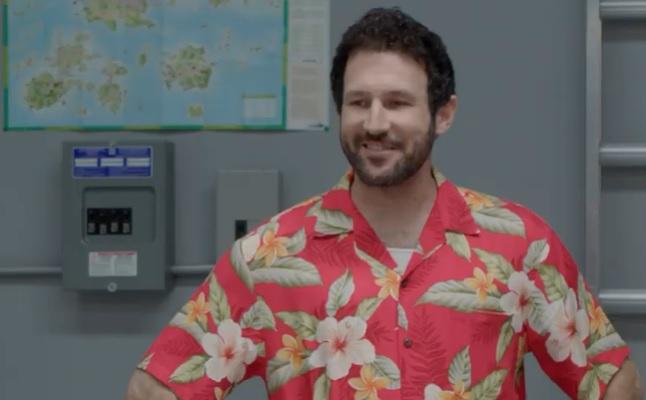 The trio of male survivors are lead by Matt (Josh Covitt), a level-headed former school teacher who tries to play peacekeeper as tempers flare and ridiculousness run high. Covitt is a smiling, benign presence on the show, never the source of big laughs, but the ever important straight man to the rest of the eccentric inhabitants of the bunker. 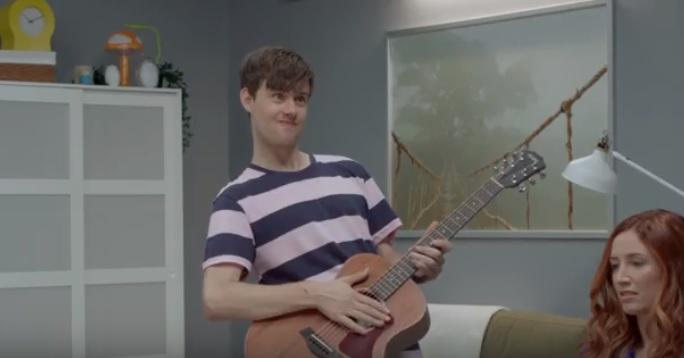 Chris O’Brien as Kip is the main antagonist and if I may, the “Joey” of the show (Lawrence or Tribbiani, take your pick). With a comically immature view of sexuality, a completely unfiltered belief in his own self worth as a privileged caucasian male and dreams of becoming the next big white rapper in the now non-existent music scene. Most of the vulgarity and awkward humor pour forth out of Kip’s always flapping lips and O’Brien plays the jerk role with ease. 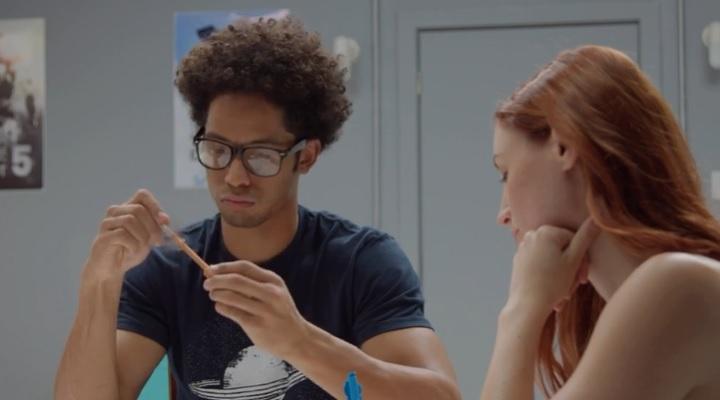 Finding himself the target of much of Kip’s racial insensitivity is Cash, the resident, nerdy computer programmer played by Khalif Boyd who is seemingly soft spoken but often pushed too far. If there is a potential heartthrob on the show it’s Boyd, a sensitive character with the looks of a model and some obvious depth hiding behind his thick-rimmed eyeglasses. 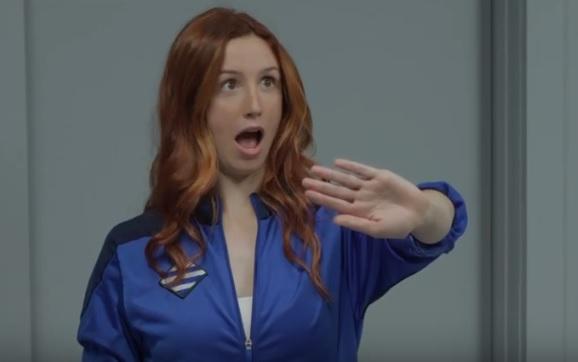 The true star of the show is the chronically unemployed actress, Dani played by the delightfully energetic Carly Turro. With a screen presence that will make you swear you’ve loved her for years in a supporting role on some network sitcom, Turro is part Ellie Kemper, part Felicia Day and all comic bravado. Dani is obviously made the source of sexual tension being trapped in a cement box with three heterosexual males, yet the way the show deals with her strength of character in asserting herself as just part of the human race and setting boundaries with her co-survivors is admirable.

Every episode is a “bottle episode” in this wacky world where hordes of flesh-eaters are often referenced, but rarely seen, so Bunkheads has to be creative in how it breaks up the monotony of running gags about canned Salmon as the only source of protein and Korean magazines being the only form of entertainment. Luckily, the writing team is able to play with the format of your standard sitcom scenarios without resorting to standard tropes of the genre. 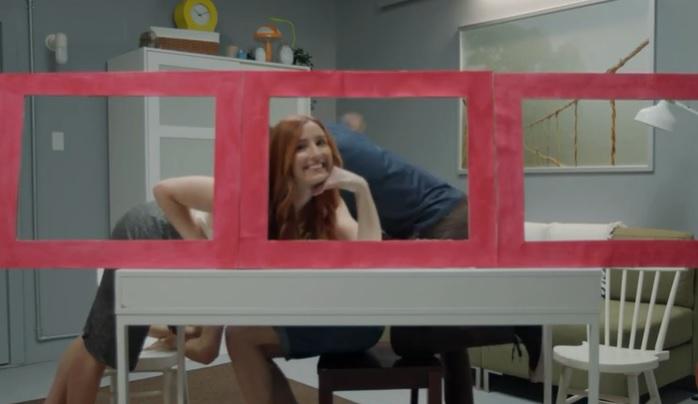 For example, the crew are often engaging in skits and performances in story, just to keep themselves from going insane. Gags involving a fake election for President of the bunker comically mirror recent political machinations and make a surprisingly even handed commentary on the ridiculousness of the campaign process. 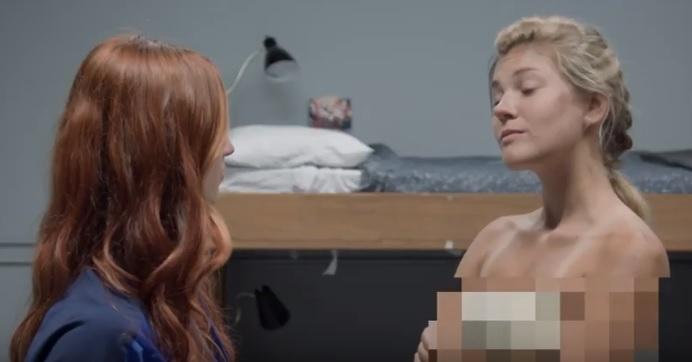 When new characters are introduced to the story it is usually in flashback, but there is a fun appearance by Alexandra Corin Johnson who plays a conniving “Mean Girl” that even a zombie apocalypse hasn’t humbled. Her brief trist with Kip is a lusty and ludicrous affair that has the rest of the survivors turned off at the public displays of affection. 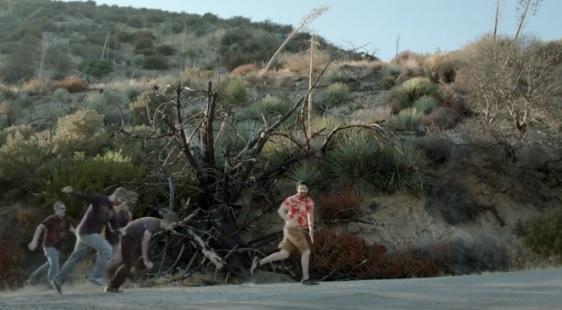 Luckily the creative team on Bunkheads has managed to work a little bit of character development into each episode, not merely settling for cheap laughs and comedic gore. Speaking of which, zombies really are just the framing device for the character based humor of the scripts. Occasionally the group will leave the bunker as part of the plot, but even then the zombie attacks are only seen in flashback or referenced in the necessity for “Bite Checks” whenever someone has dared to leave the safety of their subterranean set. 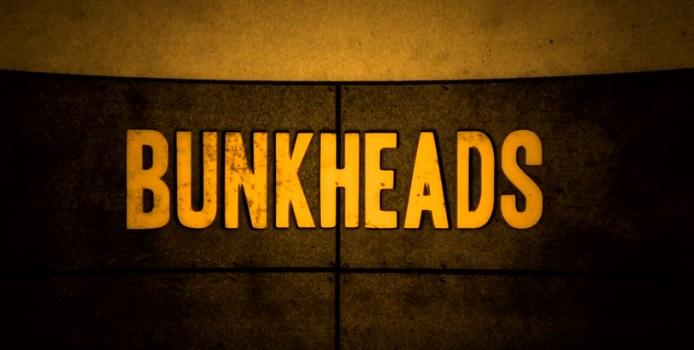 Bunkheads is definitely adult humor with plenty of raunchy language and references to sexual behavior, but at it’s heart it could have dropped those elements and been a replacement for How I Met Your Mother in prime time. The comedy is simple and easy to drop into at any point, but with just half a dozen episode currently available, there’s no need to feel like you’re ever not in the know.

When it comes to Amazon Prime Originals it seems that dramas like Mr. Robot and award winning The Marvelous Mrs. Maisel get most of the attention, but Bunkheads certainly makes the ever growing landscape of streaming media feel like the classic networks of old.

Season 1 of Bunkheads is available to view now on Prime Video.

San Diego Comic-Con 2021 Will Be Virtual, But You Already Guessed That