19-year-old Natalia has traveled to Argentina to visit her dying father. She’s accepted that her dad isn’t long for the world, but her sister has other ideas….and before long, she’s led Natalia directly into the horrifically graphic activities of a satanic cult. (We do mean graphic here; folks who dislike gore should steer clear, and there’s also something at some point called a “sexorcism”).

Luciferina was written and directed by Gonzalo Calzada, and has been screened at festivals around the world, including FrightFest London, Brussels International Fantastic Film Festival, Philadelphia Unnamed Film Festival, Fantaspoa and Cinepolcalypse.

Unfortunately this frightful flick is going to miss the Halloween window (which is two days away anyway) but you can catch Luciferina on Blu-Ray and DVD November 20th, followed by its digital release December 4.

Natalia is a 19-year-old novice who reluctantly returns home to say goodbye to her dying father. But when she meets up with her sister and her friends, she decides instead to travel the jungle in search of a mystical plant. Instead of pleasure, they find a world of Black Masses, strange pregnancies, bloody deaths and perhaps, a sexually violent clash with the Devil himself. 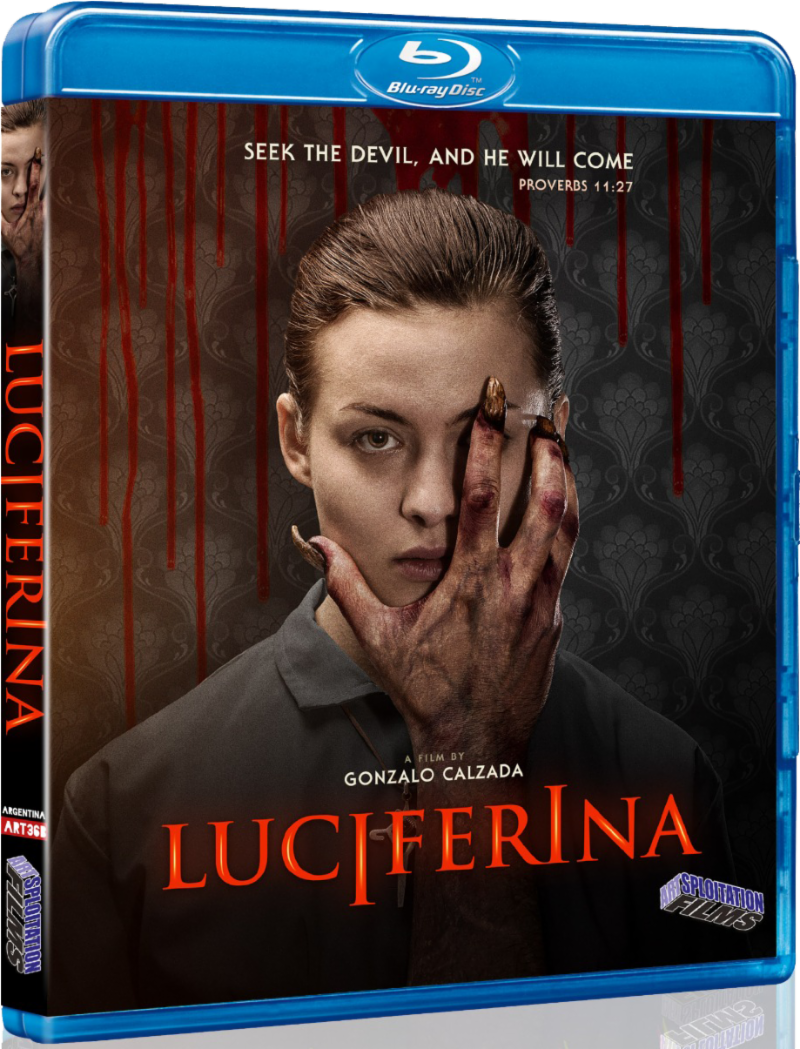