Octopath Traveler, for Switch, is one of the top RPGs released this year. It didn’t take long for the musically inclined corners of the Internet to start producing covers of its melodies, and The Eightfold Road certainly has our attention for rendering everything in the headbanging style of guitar-shredding metal.

This new album comes to us from an arranger known as FamilyJules. The Eightfold Road is nearly two hours of Octopath Traveler music rendered heavy, from all eight character themes to several overworld tunes and all battle tracks. Though the album is mainly his, it is also somewhat of a community effort, with performances by popular arrangers insaneintherainmusic, Dan DeSimone, Sab Irene, ToxicxEternity, and Adriana Figueroa.

“I’ve been making metal covers of videogame music on YouTube for over eight years now, most of that time releasing weekly,” says FamilyJules. “I’ve always wanted to do albums based on single game soundtracks but couldn’t ever decide on one. When I heard Octopath Traveler, I knew it was special, so I went for it.”

“The hardest part was realizing that even if I narrowed the songs down to the absolute essentials, there were still 32 tracks that needed to be included,” he says. “The 32 songs on this album came together in only three months. I’m super proud of the sheer amount of music I was able to put out as I deeply loved the soundtrack and had an absolute blast recreating the songs for metal, acoustic, and more!”

There will be a two-disc physical version of The Eightfold Road soon, courtesy of Materia Collective, but the digital version is available today. Get it through Bandcamp, iTunes or Spotify. 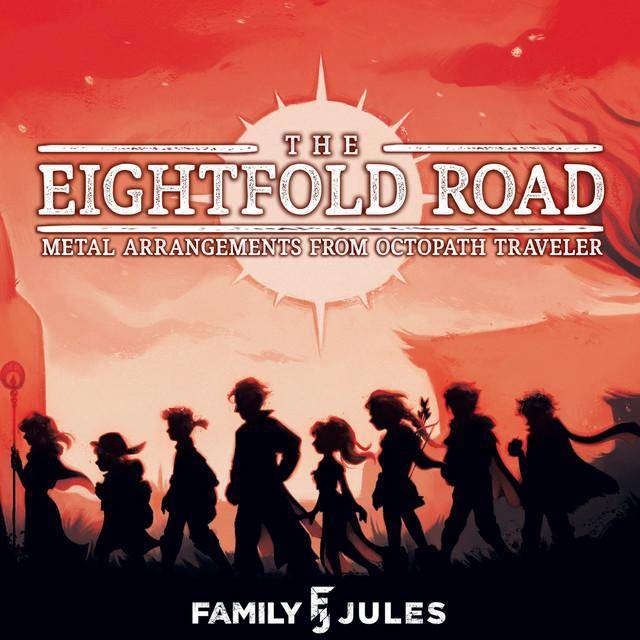