I have officially watched, and reviews, all of the Marvel/Netflix collaborations. With each one, the writers try to take a unique and personal view of these enhanced people as they try and save their own section of New York, all the while building up to their team-up in Defenders later this year. Sadly, Iron Fist is by far the weakest of the shows, and it’s by a large margin.

WARNING: There will be MAJOR spoilers in this review! As it’s important to state them as they tie into my score!

For the record, Iron Fist could’ve been an entirely competent show, and still been at the bottom of the barrel in these collaborations. That wouldn’t have been in insult to the show, but rather, a praise of how high in quality the other shows were. However, that’s not the case with Iron Fist. From nearly start to finish, the show struggles to find its identity, has a rolodex of villains that usually never pan out, and give no time or effort into fully developing the true main character of the piece in Danny Rand.

You’d think that being the main character, Danny Rand would be the true focus of the series, and yet, that couldn’t be further from the truth in many ways. While the show certain starts out with him, and ends with a shot of him, it’s the other characters that get the spotlight. Now, there’s nothing wrong with a great supporting cast, that’s what made Daredevil, Jessica Jones, and Luke Cage so great in many ways, however, when the main characters get the most time and growth? Or at least an attempt at the latter? That leaves the main character out to dry. Which is the case with Danny Rand here.

I’m not going to fault Finn Jones for his portrayal of Danny, as the writing determines how much he can give at any moment. Danny is either incredibly peaceful, incredibly moody, or wanting to break everything with his Iron Fist, and yet none of it feels like the true Danny Rand. Now on the surface, I can understand the desire to make Danny wonder what his destiny is as the Iron Fist, that’s good storytelling, but it’s not portrayed well at all. 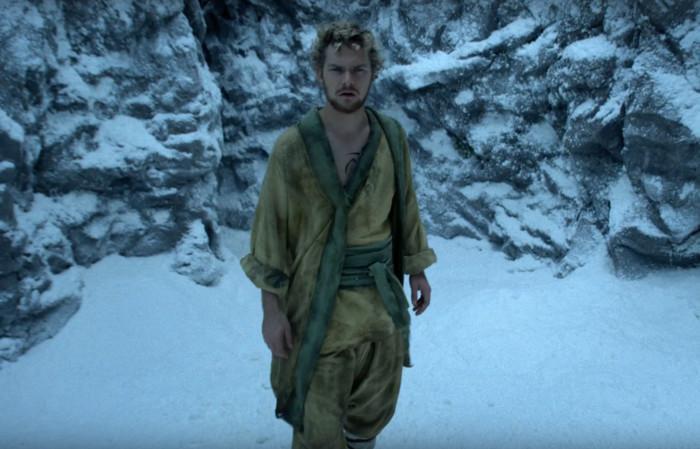 You might have heard going into the show that it resembles in many ways the DC Comics show Arrow, and there are a lot of similarities for sure. The twist though, is that Arrow Season 01 made Oliver Queen both sympathetic and believable by showing his experiences that transformed him. We saw him in the boat crash, we saw him struggle to survive on the island, it made us understand what he went through to survive. With Danny though, although we see his plane crash, we don’t see Kun’lun virtually at all. We see small scenes in rooms, a cave scene with a “dragon”, and a far away shot of Kun’Lun, but we don’t see Danny in the city at all. So when it’s “revealed” that the city is gone by the end of the first season, my feelings were, “Who cares?”

Which of course brings me to the plot of the show. Which at times felt listless, other times felt pointless, and was too confusing and conflicting for its own good. Not unlike Arrow, Danny had to come back to the world and see how it had changed. However, unlike Arrow, no one believed that Danny was Danny. And thus we went through multiple episodes of people wondering about “whether this was Danny Rand” when all it would’ve taken was one calm conversation, which was a rare thing in the show, to flesh out details only Danny would’ve known to prove this. Then the show became about The Hand, which was fine, until it wasn’t about the Hand, then it was again, then it wasn’t again. On and off it went until the “final battle” wasn’t even about them at all, but about Danny wanting to avenge his parents.

The villains of the show were very varied. You had the return of Madame Gao, who is excellent in every scene she was in, Bakuto, who had personality but wasn’t given much time to show it off, and Harold Meachum who was off the rails insane and by the end was way too over the top. I wish that the show had taken the Jessica Jones and Daredevil Season 01 approach and focused on one sole villain. That would have streamlined things so much and likely would’ve made the ending feel more deserved than contrived.

One of the small good things here was that there were some great supporting characters. Mainly, Colleen Wing, who is a woman of many faces, but one you sympathize with. She had the most complete journey than anyone else in the show. A late addition in Davos was also exciting, until he left. Oh, and of course, we had Claire Temple back, who is still in touch with Luke, and is training to kick butt, and she’s doing so! The hand claws are a nice touch, I want to see them in Defenders! 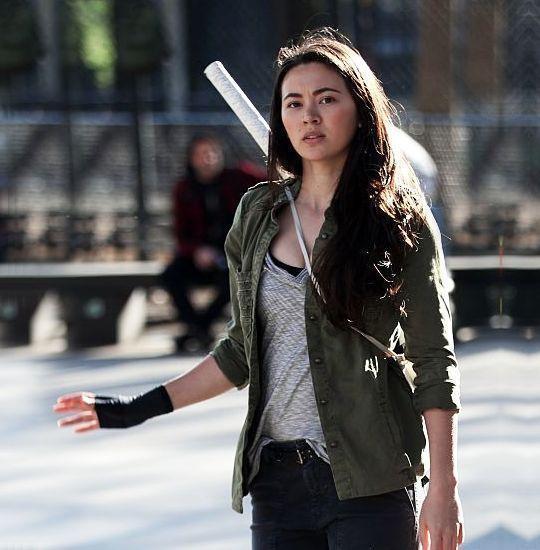 But on the flip side, the Meachum’s family, who got the bulk of the screen time, didn’t fare as well. Ward was portrayed as a mean, hateful, spiteful, jerk from the word go, and despite some last minute changes of heart, you couldn’t care less by the time it happened. Oh, and he tried to kill his dad, covered it up, and then killed him again later on. Sure. Then there’s Joy, who did fare better, and was given some great moments. But then, at the end, she basically admits she wants to kill Danny…even though he just saved her life, and none of this was his fault in the slightest. Because…why?

Getting down to one of the true points of the series, the fight scenes were a mixed bag. At times, they were beautiful, and at other times they failed to live up to the Daredevil standards, which is saying something as Danny Rand is a much better martial artist than Matt Murdock. Ironically, Colleen had better fight scenes than Danny. There was also a question of consistency. Meaning that Danny is supposed to be one of the best warriors in the world, yet he couldn’t defeat simple goons at times. I won’t deny though, the Iron Fist itself was pretty cool when it was used.

For those looking for the “Easter Eggs”? You’ll find them in bulk here, and they’re pretty fun at times. Claire brings some to light, while others have surprises.

Look, in the end, Iron Fist just failed to live up to the other shows in virtually every aspect. It’s not a terrible show, but, it’s also not exactly a good one. Of all the Marvel/Netflix shows, this one is going to have the biggest fight to get a second season.

Marvel What if? is now an animated anthology

https://www.youtube.com/watch?v=4iLVoEg9aLk What if? has been a part of Marvel’s publication for a long time but only hardcore fans know it. It explores the Multiverse of Marvel however this series only focuses on MCU. Some of the What if? issues got so popular that they became a series. Marvel Zombies is

Daredevil, Ironfist and Jessica Jones will be joining MCU!

MCU about to be joined by the defenders? Marvel Netflix shows were good while they lasted. MCU might give them some hope. The Culprit of the cancellations is Disney Plus. Disney wanted to make Marvel content without third parties anymore. Many fans are sad that Luke Cage, Jessica Jones, Daredevil,

Marvel To Auction Suits, Props And More From Their Netflix Shows

The Marvel / Netflix partnership is well and truly dead, and this proves it beyond a shadow of a doubt: all the props and items that were used in the shows are now being sold off. Marvel has announced an auction, taking place in June, that will include items mainly

Some shocking news came out of Netflix today: they’re pulling the plug on Iron Fist after just two seasons. “Everyone at Marvel Television and Netflix is proud of the series and grateful for all of the hard work from our incredible cast, crew and showrunners,” states Marvel and Netflix in