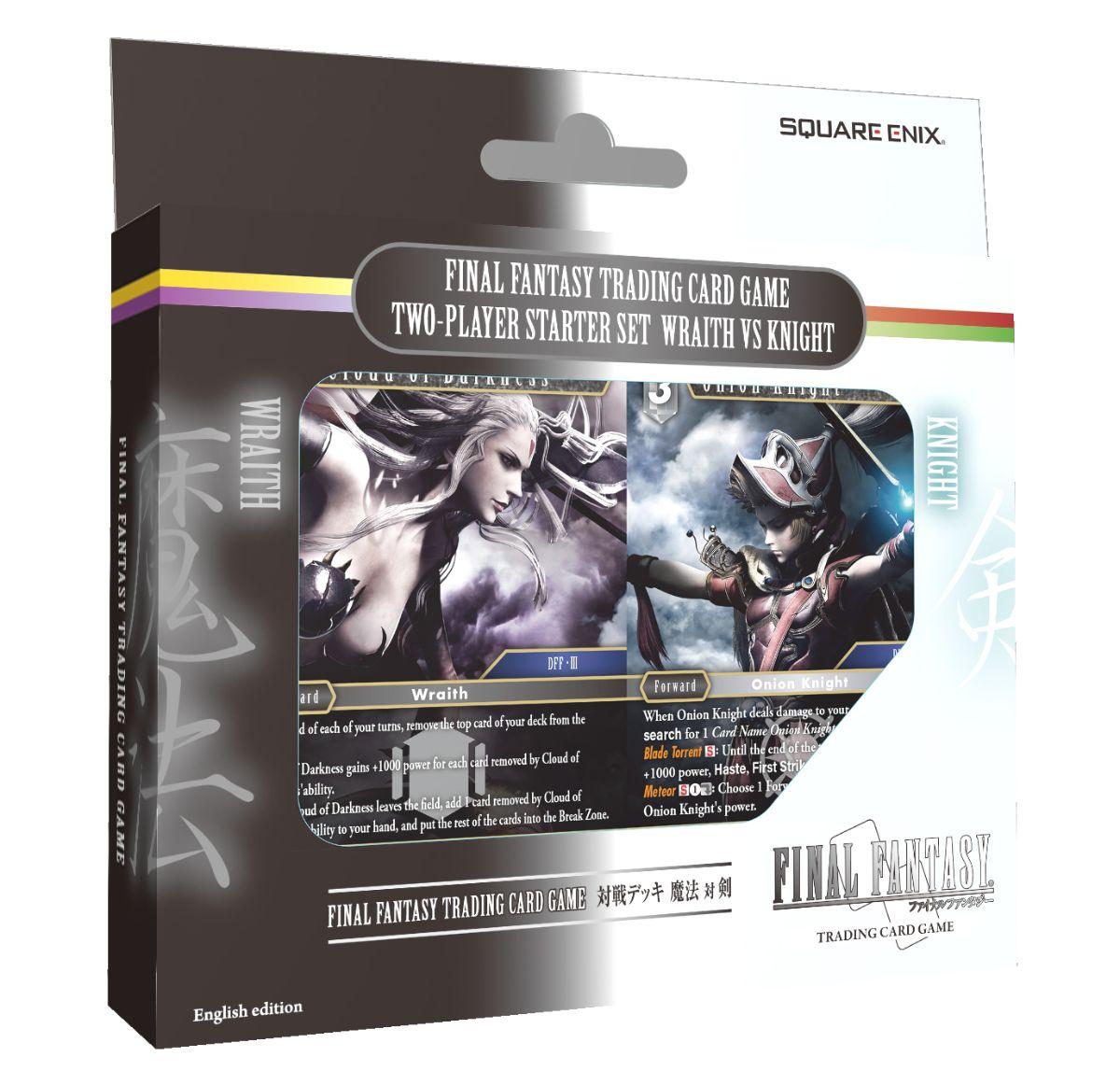 The Final Fantasy Trading Card Game, abbreviated by Square Enix as FFTCG, has expanded today with a new two-player starter deck called “Wraith Vs. Knight.” Inside you get two sets of rules and 50 card decks, enough to get started on your very first FFTCG adventure or catch up because you lost the first deck you bought.

Within each deck will be one of the five collectible Legend cards as a Full Art card — the first time they’ve been sold this way. “Wraith Vs. Knight” is available now for $24.99.

In other Final Fantasy Trading Card Game news, the Crystal Cup tournaments are wrapping up, but there are still a few more rounds left. After that, the FFTCG 2019 North American Championship will begin in LA…four seats are up for grabs in the larger FFTCG 2019 World Championship, which will be held in November.

The full schedule is posted below:

You can find more information on the new “Wraith vs Knight” starter set, and all future public competitions, at www.fftradingcardgame.com.

Rise of the Tomb Raider: First 27 Minutes of Game Revealed

A Visit With An Old Friend