You can soon refer to Geralt as the Switcher: amazing as it may sound, his entire game is being shrunken down into a tiny, bad-tasting Switch game card. Saber Interactive is handling the port of The Witcher 3: Wild Hunt, and they say nothing will be left out, including all the DLC and extra cosmetics that have been added over the years.

Witcher 3 needs no introduction to modern gamers; it is one of the most popular and well-played video games of this generation, and it earned developer CD Projekt Red legions of devoted fans, fans who now hang on their every word regarding their upcoming new game, Cyberpunk 2077.

Nothing will be missing from the other versions of the game…except a few scanlines. Witcher 3 on Switch runs at 540p in handheld mode, and 720p with dynamic resolution enabled in docked mode. If you care about seeing characters’ nose hairs that much, you can skip this release, but the majority of people interested in this version are in it for the portability.

Here’s some news we should all applaud: there will no extra downloads required to get Witcher 3 onto your Switch. The entire game will be on the card, 100% physical. Saber can do this because they requested the 32GB Switch card instead of the more commonly used 16GB version. However. that means The Witcher 3 on Switch will cost the full retail price of $59.99 (this is the reason why stuff gets left off Switch cards). 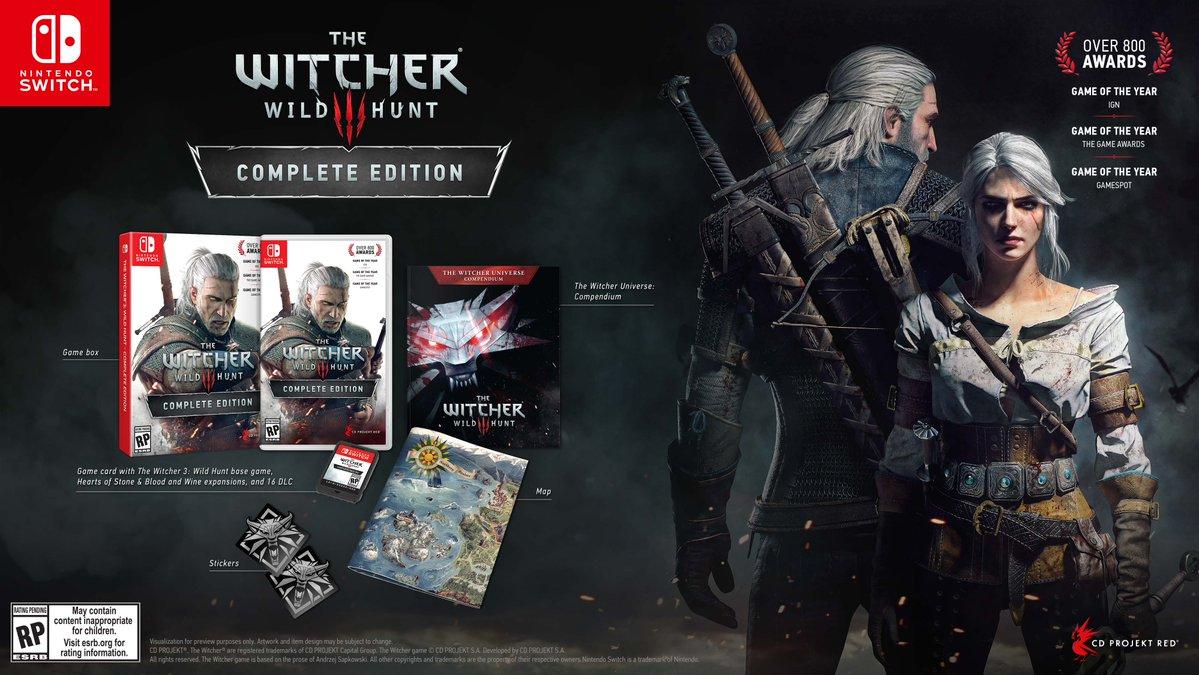 CD Projekt Red understands that price might be a bit hard to swallow, especially when heavily discounted copies exist for other consoles…so they’re sweetening the pot. Each copy of Witcher 3 on Switch will come in a deluxe edition box with stickers, a full map and the Witcher Universe Compendium. There will also be a digital version on the eShop, though we haven’t heard if it’s cheaper.

The Witcher 3: Wild Hunt will arrive on Nintendo Switch within 2019.