New content continues to roll out for DOOM. Bethesda Softworks has just launched the second major DLC expansion for the latest installment of the DOOM franchise with Hell Followed. You can check out the new launch trailer for the premium DLC pack for the game, featuring new footage, in the video player below.

Additionally, Bethesda Softworks has also confirmed that this weekend will be a Double XP weekend for DOOM’s multiplayer content. The Double XP weekend starts on Friday, October 28 and will run from 12:00 pm EST and end on Monday, October 31 at 12:00 pm EST. Also, here’s a full breakdown for what’s available in Hell Followed (Courtesy of Bethesda):

It’s good to see Bethesda continuing to support DOOM, as the game was fairly well received and appears to be a substantial success and revival of the DOOM franchise. The Hell Followed DLC is priced at $14.99. DOOM and the new DLC pack are currently available for PlayStation 4, Xbox One and Windows PC. 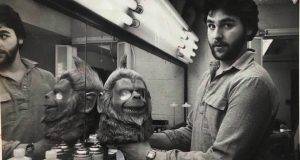